25448 Angela Starchuk (nee Dey; RMC 2012) is having what she calls a “Groundhog Day” experience. She’s back at the College, doing a Masters in Advanced Ammunition Engineering sponsored by a directorate in Ottawa, and as she describes it, “It’s still a bit weird to be back at RMC as a student but not as an Officer Cadet. It feels like nothing has changed…but oh wait, I’m a Captain now.”

The Kinburn, Ontario native (as she describes it, a small town on the far west end of Ottawa) has had a very busy time since graduation. “After grad I finished my practical training and waited for the classroom training in Cold Lake and Ottawa. I did one year of AERE training in Borden and then returned to Ottawa for two years before going to Cold Lake for another two.” Highlights include her two “real” postings once she completed her trade training, first as a Techinical Authority for CF-18 Air-to-Ground Munitions as part of DGAEPM(FT) and then with 1 Air Maintenance Squadron Cold Lake. “As the TA I was lucky to work with a small section of senior military and ex-military guys,” she explained. “They taught me so much and I made many important contacts. It gave me the opportunity to travel to both CF-18 bases, and attend a weapons conference in Hawaii and a weapons course in the UK. I still ask those guys for advice and remember their birthdays.” 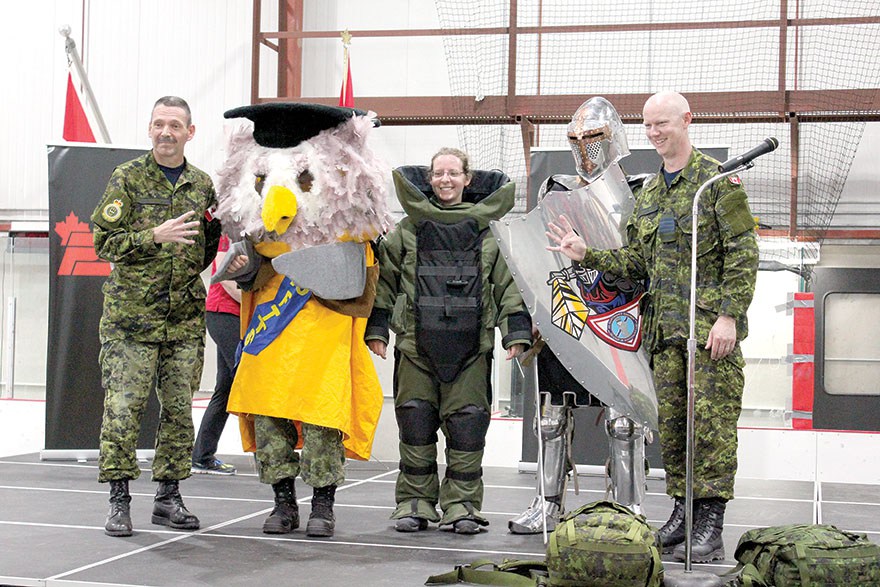 Cold Lake, in contrast, “was the hardest and longest days I’ve ever worked. I did four positions within two years. First was on the maintenance side (Repair Officer, and the acting Maj when my boss was promoted) and then on the armament side (Armament Officer, then acting Maj when that boss retired). These were the largest sections of personnel and the most value in assets that I’ve ever been responsible for. Highlights included getting the PGS contracted support project in place, working with the largest concentration of AWS techs in the RCAF in all the diverse jobs they do, walking 5 km in a bomb suit during the Wellness Walk, and running Ex Taz Tornado 2018.” 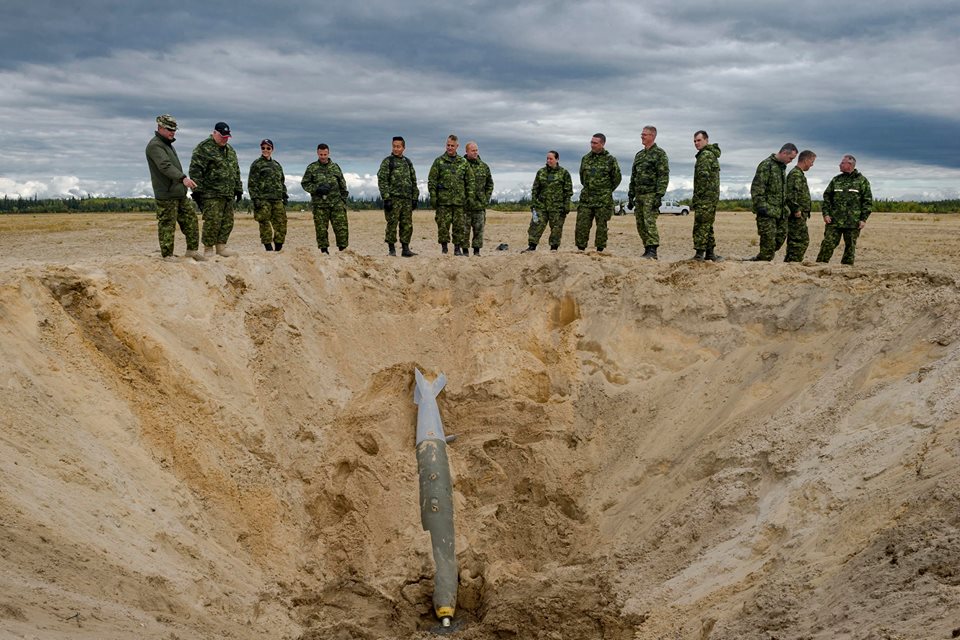 Ex Taz Tornado 2017. Angela Starchuk is third from the left.

Angela just recently celebrated ten years in the Forces and signed a contract for another five years. As she looks back, she credits the College with giving her the confidence she needed to succeed. “The experience of RMC made me confident that if I could make it through four years there then I could probably survive in just about any other stressful situation. Time management, being resourceful, the importance of fitness and work/play balance were all skills I honed while doing my undergrad there.”

When asked to reflect on her time as a Cadet, she joked, “I don’t remember Ontario being this humid while I was at RMC. Seriously, though, I must have lost my acclimatization in Alberta (it’s really hot/cold there, but it’s never this sticky). I also remember long nights spent in the computer lab, the nervous anticipation going into the gym-turned-exam-hall, and the good times with friends making light of breaks in studying or weekends.”

For now, though, Angela looks forward to starting her Master’s degree and to (at least) another five years in the Forces. She’s also recently married. “MCpl Starchuk and I married two months ago,” she said. “I’m assuming his last name but I will probably always be called Angela Dey. We have two cockatiels but no other kids planned for anytime soon. And I intend to stay in the CAF as long as I’m enjoying the job. Hopefully post-masters I will be able to put my specialized knowledge to work for DND. However, if the Canadian Space Agency came knocking asking me to work for them, I wouldn’t say no.”

What Else is Happening at RMC?