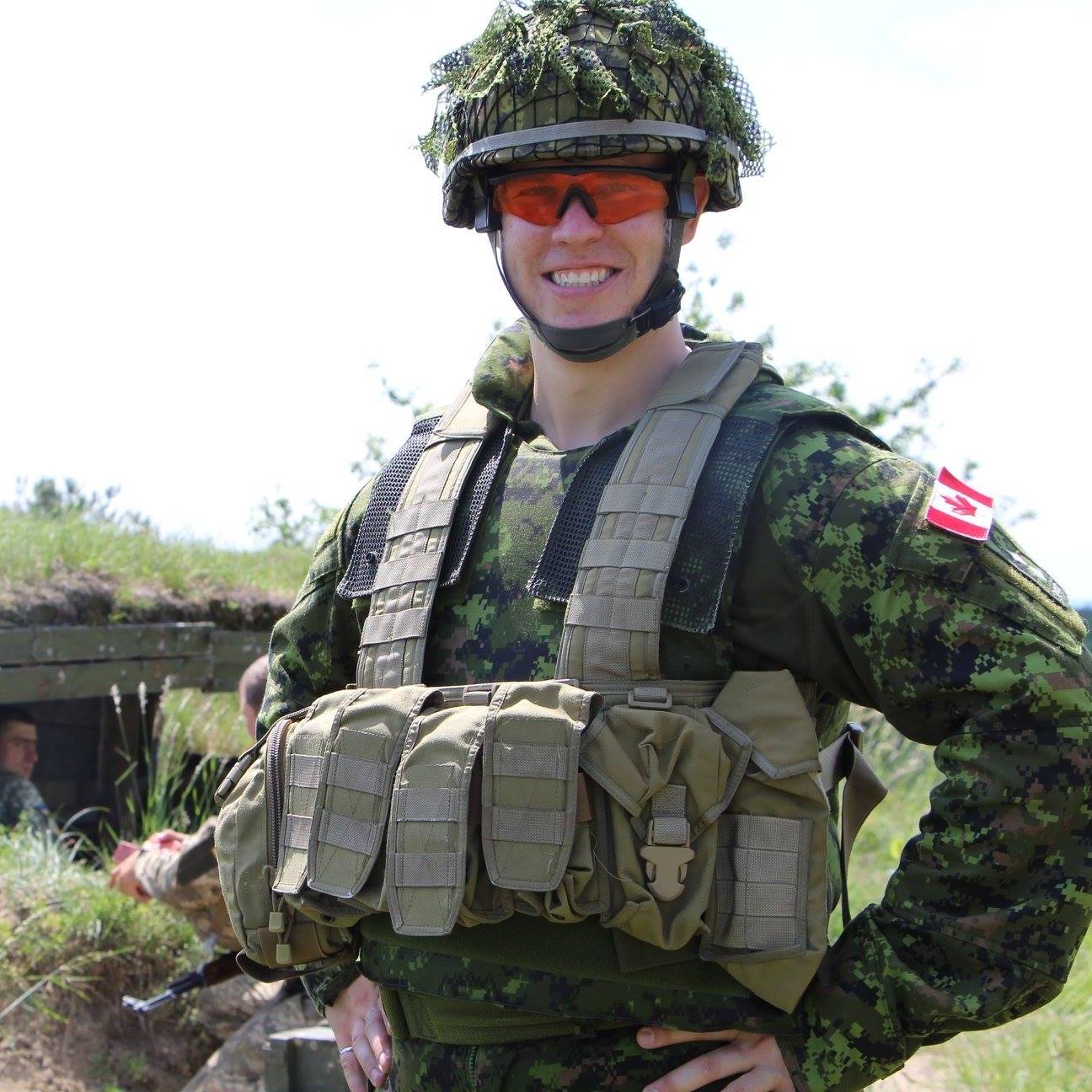 26559 Alexander Landry – There’s no grass growing under  his feet! 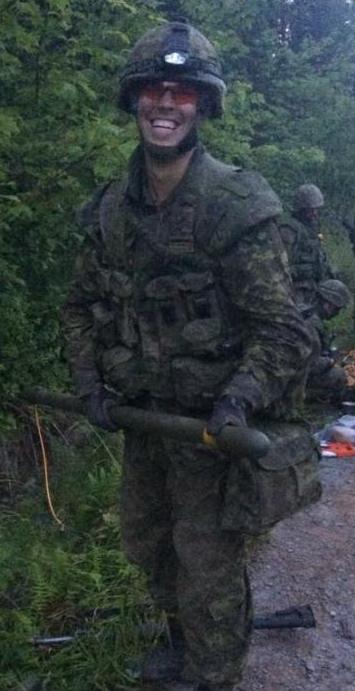 Following up his article from last week’s edition of e-Veritas, and his recent profile by the Canadian Armed Forces in Ukraine Facebook page, 26559 Lieutenant Alexander Landry is an Ex-Cadet of the Royal Military College of Canada (RMC) and a member of the class of 2016 (Mackenzie Squadron). An Engineering Officer by military occupation, he is currently deployed as part of TF UNIFIER Roto 5 as the Engineer Support Coordination Centre Officer and Engineering Troop Commander within Line of Effort (LOE) 1. Following his time overseas, he will likely return to 2 Combat Engineer Regiment in Petawawa and assume the duties of a Squadron Operations Officer or 2IC.

After RMC, Lieutenant Landry spent a summer employed as a Course Officer within the Reserve Engineer Training Squadron (RETS) at the Canadian Forces School of Military Engineering (CFSME) in Gagetown, having already complete DP 1.1 the summer prior. Following his time with RETS, he completed his DP 1.2 Basic Engineering Officer Course followed by the Conventional Munitions Disposal course for which he was selected for as a potential Explosive Ordnance Disposal (EOD) Troop Commander candidate.

Upon completion of his training in May 2017, he was posted to 2 Combat Engineer Regiment at CFB Petawawa where he assumed the duties of EOD Troop Commander within 26 CIED Squadron. As a thirsty young officer, he absorbed a plethora of secondary duties which saw him complete various specialty courses such as the Environmental Officer course and Radiation Safety Specialist course at the Canadian Forces Firefighters and CBRN Academy at CFB Borden. He participated in several minor Regimental exercises and Ex CP TOPAZ with 1 RCR in November, trials for the new TOPAZ CIS equipment, prior to beginning pre-deployment training leading to his deployment.

Apart from his operational and regimental duties, he is proud to have completed the 2017 edition of the 2 Canadian Mechanized Brigade Group Ironman and recently have become an accomplished Adirondack Forty-Sixer by climbing all of Lake Placid’s designated High Peaks.

As aforementioned, he is currently deployed on Operation UNIFIER and will look to continue his professional development as an Engineering Officer (as well as lead the 2 CER Regimental Ball Hockey team to a championship!) upon his return. He hopes to someday be posted back to the Royal Military College to share his knowledge and love for the institution with the CAF’s future leaders.

Keep up the good work Alex!

Dr. Darrell Menard: "It may be time for some of us to re-invent ourselves"