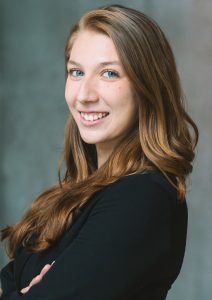 Second Year cadet Alan King walks into the Mess Hall for breakfast at 7:03 am. He tries to keep his focus down the hall but can’t help notice the excited frigateers from Hudson squadron. The group of Hudson members cheer as their squadron name is moved ahead of Pontiac and Vercheres on the Commandant’s Cup standings. Now that roc term is over (Recruitment Orientation Camp), they were first place overall in squadron standings. Alan let’s out a sigh and a groan and sits down with his classmates with a distasteful look on his face. Alan is in Fraser squadron, twelve squadron, and they’re still last on the board to his dismay. But this is it, he decides letting his disappointment fuel his creativity and his motivation. If there is anything he can do about it, they won’t be last anymore.

It takes a full two weeks to find everything he needs for twelve’s first big skylark this year.  His squadron members agree: The best time to do a skylark is Tuesday night. This way Wednesday morning, when the whole school forms up in front of the Mackenzie building, everyone will see and marvel at the greatness of Fraser. For the past week, he and a few other cadets, with more and more showing up every night, went out to the parking lot across from the school and painted 3rd year Julie Lee’s old beater car hiding under a sheet  in the far back corner of the parking lot.  It was technically her parents’ car, but it had been sitting in the garage of their Kingston home for fifteen years so they didn’t mind donating it to twelve.  After a week’s work, the car is painted brown in typical Fraser squadron style, with white bucks painted on either side.  Second year Matthew Donahue’s uncle was on his way to the college that night with his equipment.

At midnight, Julie and Alan drive her car to the college. The security officer at the front gate of the college laughs loud as they pass by and get the car into position. Uncle Donahue got to the college right on time and everyone starts the jobs they were assigned. A team of eight Fraser squadron members help Uncle Donahue as he hooks up the Fraser Car onto his crane truck.  They tie the crane straps around the middle of the car securely and slowly start lifting it all the way up to the top of Mackenzie…

Alan and ten other Fraser members enter Mackenzie building from an unlocked side door so they can secure the car on to the roof, where it would be seen first thing in the morning. They jog up the stairs with smiles and excitement to be completing their first skylark this year. Suddenly, they stop dead in their tracks as they reach the second floor of the Mackenzie building. “Oh my god!” three people screamed. There were patches and smears of blood all over the floor. Lots of it. All of the cadets went silent and stared at each other. 1st year Drew Kent turns to Alan, “What do we do?” In turn, they all stare at Alan with wide eyes…