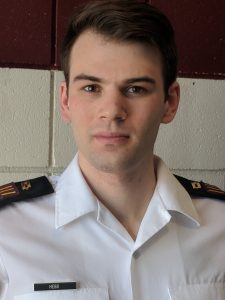 I have read the well thought out articles by both Colin Bond and Eliza Bruce and would like to provide a different perspective. I believe the leaders at the college have an overreliance on transactional leadership, which perpetuates the attitude of “Don’t get caught” that the Training Wing has been trying to end. The recent decision to confine cadets to barracks for a week following infractions of the dress standard (referred to herein as the CB), is an example of transactional leadership being exercised, therefore it has not and cannot change RMC’s culture of minimal compliance.

Despite OCdt Bruce’s position that it is not, the reason that reporting is seen as “blading” peers is because the cadet wing does not fully buy in to the rules. The cadet wing only enforces them out of fear of being punished. This encourages the culture of minimal compliance, as soon as cadets know they are out of the eyes of the training wing they fall back to “Don’t get caught”. The goal of the CB was to increase the amount of self-correcting within the cadet body, something necessary to maintain transactional leadership.

In OCdt Bond’s article, neither of the ‘rewards’ listed (Academic morning, Civilian clothing during classes) can be used by the chain of authority, meaning that cadets cannot employ these rewards when they observe outstanding behavior. Bond names three punishments that cadets could give to other cadets, yet has trouble naming a single reward that a cadet in leadership can give another cadet. I can name other punishments, such as lengths and detentions cadets can give each other, but find myself struggling to name a reward I can employ as a cadet leader myself.

The college leadership primarily relies on positive punishment (5s and Gs) and negative punishment (loss of privilege) to discourage undesired behavior. Despite preaching transformational leadership, the training wing seems to fall back on the tenants of transactional leadership regularly. We are told our reward is that we are paid a salary to be here, and that following every rule all the time is the minimum expectation and one will be punished if they fail to conform. This “Management-by-exception” stresses correcting deficient actions without, in any way, promoting the desired behavior. Word for word out of the book on transactional leadership.

Transactional leaders use punishments to gain compliance from their followers. Cadets are taught during psychology courses that punishments are extrinsic motivators that bring minimal compliance from followers. Minimal compliance is the “don’t get caught” mentality the college struggles with.. The CB has increased the level of fear the cadet wing experiences toward the training wing but has undermined ever further the faith the cadet wing has in the training wing’s good intentions. Ruling by fear is hard to maintain, will only result in compliance when leadership is present, and over the long term breeds resentment from the cadet wing.

The CB has had the opposite effect of the intended goal, instead of increasing our buy-in of the rules and making people intrinsically motivated to follow directives, it has made the training wing a feared entity and will only temporarily increase compliance out of fear. Pulling pages from the book on transactional leadership will only get the results of transactional leadership, meaning that the CB will only perpetuate “Don’t get caught” further, not help to eliminate it.

Canadian Armed Forces doctrine discourages the use of transactional leadership, and the college is intended to create officers which follow and embody this doctrine. The best way for us to learn how to use transformational leadership would be for our leadership to follow the Canadian forces leadership doctrine. Directive and contingent reward and punishment are not part of the range this doctrine considers “Transformational Leadership”, and therefore should be reserved for “emergencies and high-stress situations when subordinates may be temporarily disoriented, or thinking may be impaired”. From September until now there has been more than enough time to apply some measure other than directive leadership in enforcing dress standards. This was not an appropriate situation for a directive approach to be used. Doing so perpetuates and justifies this ineffective approach to leadership and helps maintain, not discourage, the undesirable outcomes of transactional leadership.

While I do not believe the CB has accomplished its stated goals, it has been an excellent opportunity to observe how a group responds to a decision like this. Lessons I have learned during and after the CB will guide decisions I make later in my career.

Stephen Kalyta: A gentle reminder that the 'Home Stretch' has arrived