“Never Out of the Fight” – A Continuation of the Seal Ethos 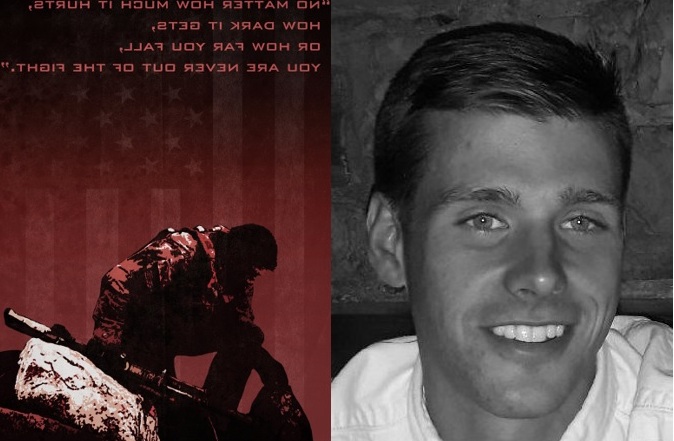 I hope that some of you enjoyed last week’s article and some of the points made in it, and this week I was hoping to write somewhat of a continuation of that style of commentary. My objective is not to preach, but to hopefully provide context that will inspire and motivate on the days when we at RMC need it most. If it does not hit home today, then close this and save it for another time. The darker times will come; use these pieces when they become most meaningful to you, and when those days hit you the hardest, embrace them as they come, understanding your highs and lows are essential to smashing goals.

I think most young, keen military members have seen “Lone Survivor” or have heard about Lt. Mike Murphy. If you haven’t, a quick google search can get you up to speed. A CrossFit workout exists in memory of him called “Murph,” and if you’re brave enough to attempt it, then send me a message to join in – just plan on not being able to walk the next day, because it’ll rock you. Lt. Murphy died at age 29 in the Kunar Province of Afghanistan after a covert mission to identify and terminate a key terrorist was compromised. Mike received the Medal of Honor posthumously for leaving his cover position to acquire radio signal in order to call in immediate support for his team of enlisted Seals and, after being shot multiple times, Mike continued to fight from his exposed position until he died from his wounds. Before Mike signed off, suffering from numerous wounds, he famously said “thank you, sir.”

What inspires me most about this story is the extreme level of professionalism displayed under such dire circumstances. While we now see many national tributes in the US to Mike, such as a US Destroyer, Park, Post Office, and Navy Combat Training Pool, I think what is most important to highlight is how former colleagues described him as a Seal and as an Officer. Mike’s nickname was “the Protector.” He was described by his teammates as calm, cool, collected, and selfless; an Officer who always had a smile on his face, who lifted others when they were down, and who never quit. To be given those attributes by some of the most respected, and most imposing figures of Special Warfare must be the ultimate compliment to any leader.

What thing brings into focus for me, and hopefully for you as well, are the impressions that you will leave during your time in this organization. While some of us may stay in the CAF for our entire careers, and some of us may leave after a few short years, we all have the opportunity to act in such a manner that we should be worthy of the same attributes characterized by Mike Murphy. The only thing we truly leave is our story, told through the eyes of those upon whom we were so lucky to have made a meaningful impression. If we ever get a chance to make a last stand on that ridge, I hope that we do it for our teammates, that we do it because we know it’s our responsibility.

It starts here, right now at RMC. You are never out of the fight.