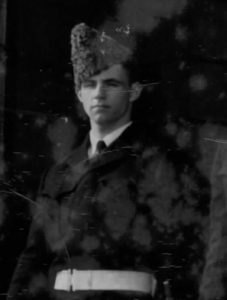 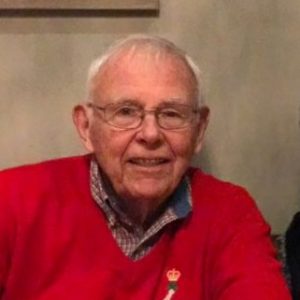 Memories… Failure does not need to be and “end”.

We first arrived at RMC in September, 1948, to effectively “open” the College for Cadet education and training.   In effect, we arrived a few weeks too early.  I say that because our first couple of weeks were spent as “furniture movers”, whereby we set up lecture rooms and so on.  Fortunately, our rooms and beds were all properly in order for us when we arrived, but not much else.   And there were no uniforms available.   We were issued blue jeans and matching jackets, and tee shirts to wear beneath the jackets.   Oh yes, also boots and grey wool socks.   Regarding head gear my memory fails me.   I think it may have been the navy blue “wedge” cap that I know we were wearing later.

Of course, the entire cadet wing of 100 young lads was confined to barracks, so to speak, in that because we were not yet properly trained in correct deportment when in public, and because added to that all we had to wear was blue jeans and matching jacket, the staff had no difficulty deciding that we must never be seen in public in such gear.  So, for weeks and weeks and more weeks we could not leave the College grounds.   As time went on “mutiny” began to grow in the ranks.  And simultaneously as time passed the various Cadet “command” positions were moved about among we very young Cadets, rotating every several weeks.

Eventually my close friend Hugh Franklin, who had prior to RMC spent 4 years at boarding school with me, found himself in the position of Head Cadet.   I cannot recall today the correct “term” for that position.  Anyway, one fine day when Hugh held the Head Cadet position the entire Cadet Wing of 100 young “fed up blue jeans clad” Cadets revolted and as a crowd began walking en mass out the road to pass through the Memorial Arch and on across the causeway and into town.   We had simply had “had it”.  No uniforms and no town leave.  Life was hell.  As the mass of Cadets approached the Arch in “riot” mood there in the middle of the road under the Arch stood Franklin.   As we approached, he raised both arms to indicate that we stop and go no further.   Much to my surprise we stopped, all 100 of us.  Franklin ordered us to turn around and return to our barracks, and we did.   So it seems that in just a few weeks the RMC staff had somehow instilled in us a degree of military discipline.  Truly amazing.

But we did engage in actions not included in the RMC training manual, if there was in fact such a manual.   I recall plunging into the deep snow with two fellow Cadets on the lawn behind the Memorial Arch at about two in the morning as we returned from an illicit “outing” with three young girls following a dance, when our curfew was midnight.  The “snow plunge” was to hide from the searching eyes of the College staff adjutant, Major Jeff Brooks, who was out searching for us and at that moment drove by in his car.   We had “dummied” our beds and exited our rooms by the window, (which were on the ground floor), and somehow Major Brooks was aware of our transgression.   Anyway, we managed to avoid his view and succeeded in returning to our rooms without being discovered.   Frankly, I suspect to this day that Major Brooks knew we were AWOL but as an ex-Cadet his code of ethics required that we be caught in person AWOL, and not by the fact that our beds were empty.

Yes, our early years at the College lacking a senior class above ours to “guide” us resulted in what I believe was a unique “brotherhood”.  Later in our 3rd year we had to “suffer” accommodation changes from the norm, with “dormitory” style rooms for some of us while a new dormitory building was being constructed to handle the considerable growth in the number of Cadets as we advanced into upper classes and recruits entered to fill the spaces we left vacant as we advanced.

Yes, I do have fond memories of my years at the College.  But perhaps the College delivered to me the luckiest thing that could ever have happened to me.  Perhaps I have already told you about it.  Following the end of my recruit year I received the devastating news that I had failed my year because of my terrible marks in the French language course, (and perhaps too much football).  That shocked me, to say the least.  But for some reason I was allowed to repeat my recruit year.  So, with classmate Garry Johnson I enrolled in a French language summer course at Laval University in Quebec City, and we secured accommodation together with a French speaking family.  That summer I worked hard on my studies and at the end of the course our landlord told me that I was fully bilingual, even lacking an accent.  Amazing, I know.   But little did I know then how very important my French language skill was, and that it would in fact change my life.

Following graduation from RMC I spent the next academic year in 4th year engineering at the University of Toronto because RMC was not then accredited to issue engineering degrees.  At the end of that U of T year when the many personnel representatives from corporations came to interview graduating engineers, I was asked by the Alcan representative, to my total surprise at the end of my interview, if I might be interested in a scholarship to an international management school in Geneva, Switzerland, with all travel and living expenses included. I responded that I would return the following day with my answer, and during the ensuing period I frantically “researched” the school, and learned that it was then the #1 International management school in the world.  Of course, next day I returned to the Alcan chap and indicated my enthusiasm for attending the school in Switzerland.    To make a long story short, I was awarded the scholarship.   I qualified because I was fluent in French, and a good percentage of the lectures at the Geneva school were in French.   While at the school I met a lovely American girl attending the nearby University of Geneva.   We “romanced” and married back in her Philadelphia home town, and began married life in Calcutta, India, where I was posted following graduation from the management school.

So, there is a story of failure that resulted in good things.   I use that story occasionally with young people who are fearing failure, or who have failed, to point out that their world is not coming to an end.   Had I not failed French in my RMC first year and subsequently become bilingual I would not have been awarded the scholarship to Geneva, because many lectures were in French.  Had I not gone to Geneva I would not have met my wife.   And I could go on but won’t.   End of story.

I guess what drives me to tell the story is how failure can result in great happiness in life.  Failure does not need to be an “end”.