Monday, June 24th saw 72 golfers lace up their shoes, clean up their clubs, and hit the links at the Garrison Golf and Curling Club.  With the success of last year’s tournament organizers decided to try and host a full 18 hole, shot gun tournament.  I was very happy to note that the tournament sold out a few days prior to tee off.

The morning of the event saw bright blue skies and the course was in excellent shape.  By 0800 all groups has made their way to their respective tee locations and the day was underway.  This year we had representation from all sections off the College including: Athletics, Academic, Training Wing, Support Services Wing, RMC Club, and Corporate Wing.

After the round was over we added up the score cards of all the participants and met in the Garrison Pub for a small awards ceremony while enjoying a bite to eat and a drink.  The following awards were handed out:

After the individual awards were handed we handed out a couple of team awards.  The first team award to be handed out was the most honest team.  They finished the day +21 and were composed of Maj Kathy Ralph, Sherry Ralph, Sheena Gilchrist and Eliza Earle. 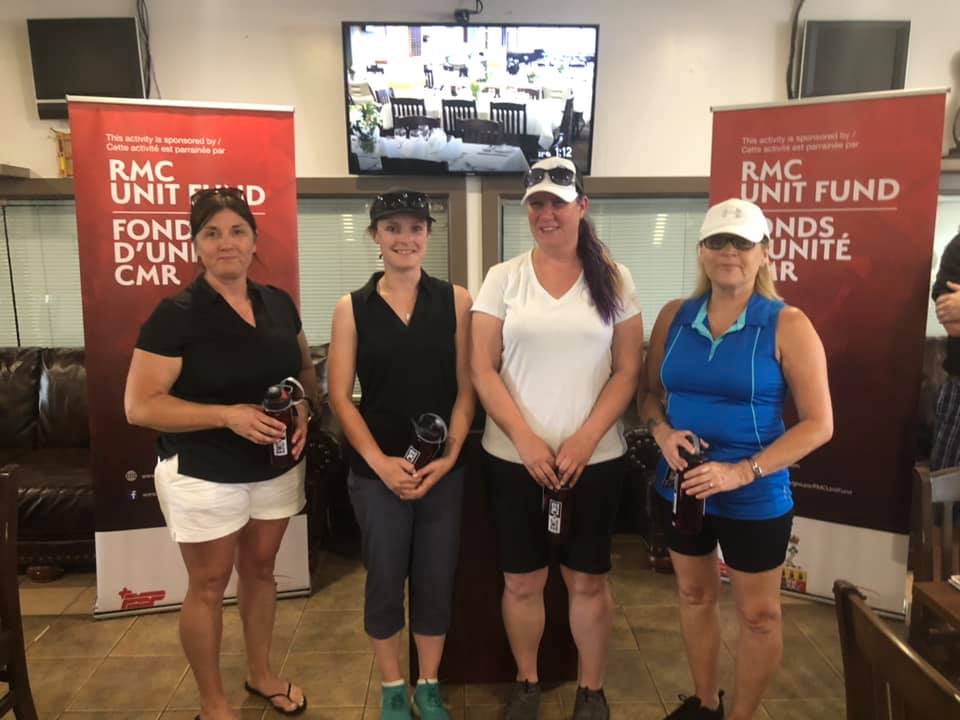 The “Most Honest” Team.

The last award handed out was to the winning team of the tournament.  With only one bogie on their score card the team of Dustin Ellis, Nick Battye, Jeff Donald and Patrick Garrett shot -4 to be crowned this year’s champion. 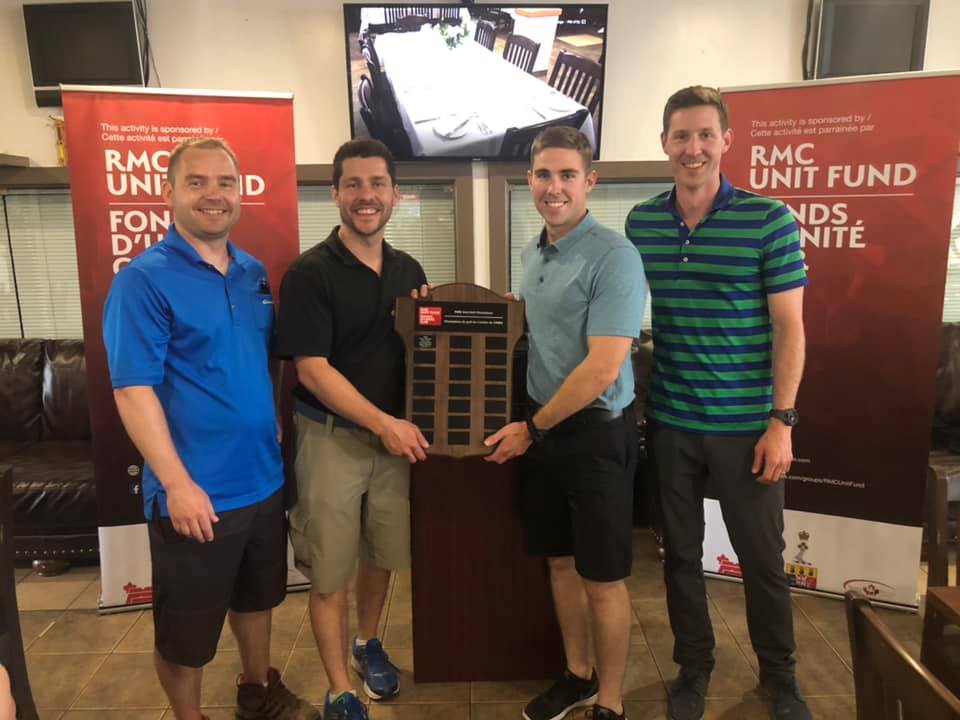 My article wouldn’t be complete without mentioning our most spirited team on the golf course, who fully decorated the golf cart with Canada Flags and further represented dressing in Red and White.  The team of Kara Mazerolle, Liz Gibson, Jackie Clarke and Sharron Ash have created a new category that will be unveiled for the 2020 tournament – Most Spirited Team. 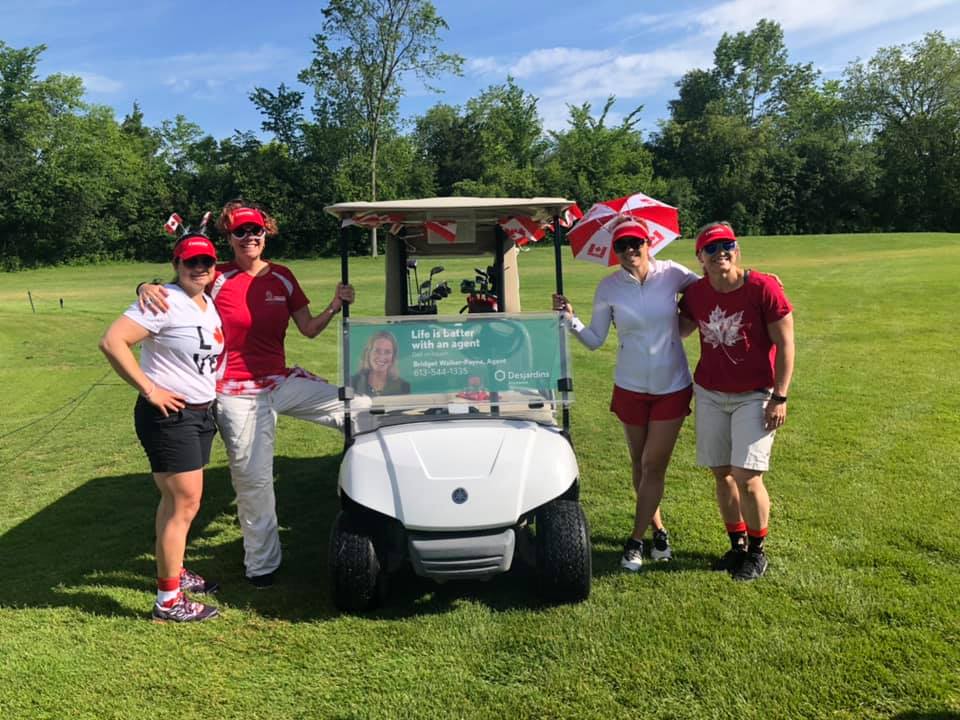 The “Most Spirited” team.

In closing, PSP Operations would like to thank each and every golfer who participated in the event.  Success at our events happens because of the enthusiastic participation of the RMC Family.  The tournament will be returning for a third consecutive year in June of 2020 and promises to be even bigger and better.

For pictures of the event please visit the UF Facebook page (https://www.facebook.com/groups/RMCUnitFund/) and feel free to upload your own.  Stay tuned for more information regarding a wine tour (July 20th) and the 2nd Annual RMC Boat Cruise (August 29th).