Nervousness, excitement, and pride. These are just a few of the words that were used to describe how the incoming Class of 2023 used to explain how they were feeling about the upcoming years to come. 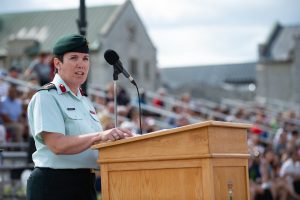 After marching through the Arch, the large contingent made their ways to the Parade Square for a formal address by the new Director of Cadets, 21217 Colonel Corinna Heilman (RMC 1997). Family and friends had the opportunity to fill the bleachers and see the Class of 2023 together for the first time.

Her speech was short but to the point. “Your journey starts now,” she told them. And everything the Cadets do over the next four years will be focused on developing them into efficient officers in the Canadian Armed Forces.

Col Heilman also took a moment to thank the parents in the stands. “Thank you for trusting us with your family members,” she said. “We do not take this responsiblity lightly. And your support will be needed to reinforce that they can in fact succeed at RMC.”

The parade was then dismissed and the First Years were handed off to their FYOP staff to begin moving into their rooms and commence their introductory period to the College.

The First Year Orientation Period, also known as FYOP, is a three-week, extremely intensive period where first year Officer Cadets begin to develop the strong levels of teamwork, dedication, and perseverance that will carry them through their time at the College. It will be difficult and push them to their limits, but the First Years coming out of the program will have a new-found sense of pride having known they have conquered a large stepping stone in their careers.

FYOP will end with the annual Obstacle Course/Reunion Weekend on September 13th.

Above photos by OCdt V.  Pierrot

What the First Year Cadets had to say:

All photos and quotes courtesy of OCdt V. Pierrot 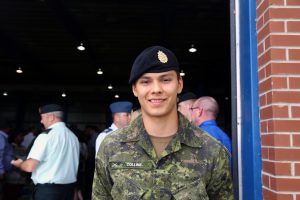 OCdt Collins, ALOY Graduate 2019, First Year: I am excited to be back at RMC and experience ROTP as a member of the Cadet Wing. I had a successful time in ALOY and I am nervous to see how the transition from ALOY to ROTP will play out but I am certain everything will fall into place. 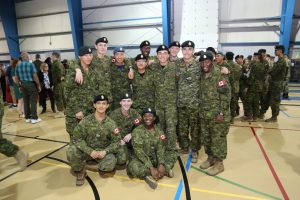 OCdt Kim, First Year (3rd from the left, back row): I’m from Vancouver, BC. I am interested to see what FYOP will be like. I am not 100% certain on what to expect. None of us are. I had a good time at basic training and am glad that I will be going through FYOP with the friends I made there. 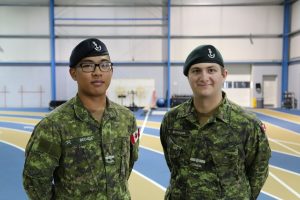 Ocdt Becada, Second Year from RMC Saint-Jean (left): I am excited to be at RMC. It is a bigger school located in a bigger city, and I am excited to explore the extracurricular activities as well as the city.  It is nice to have friends from CMR St. Jean that I already know well and I look forward to meeting new N/OCdts who have been at RMC from the start to show us the ropes. 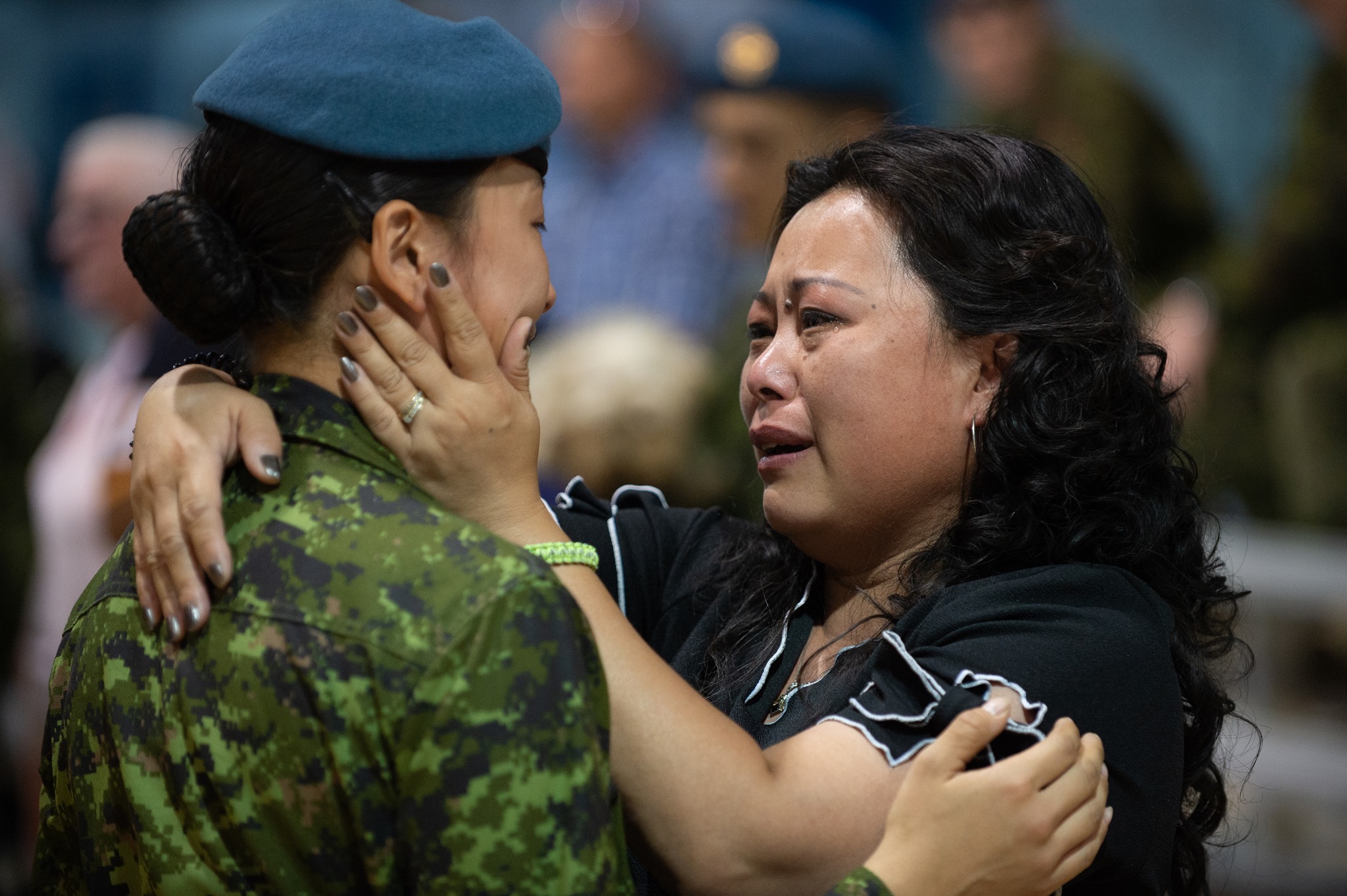 Strength behind the uniform. Members of the Class of #RMC2023 arrived Saturday after weeks of basic training in Saint-Jean-sur-Richelieu, Quebec. Before marching through the historic Memorial Arch and onto the peninsula to join the #RMC family, they had time to reunite and visit with their family and friends. #Welcome #StrongerTogether