The signature on July 27, 1953, of the Korea Armistice Agreement by the United Nations Command and the North Korea Peoples’ Army did not end the hostilities.

516 Canadians gave their lives during the Korean War. 44 died after the Armistice.

Of the 516 Canadians who made the supreme sacrifice, five were members of the RCEME Corps:

Craftsmen Chapman and Taylor died after the Armistice.

On June 25, 1945, fifty nations confirmed their ratification of the Charter of the United Nations and on August 14, 1945, Japan surrendered to the Allies.

Very quickly, and openly, the USA and the USSR (the “Soviet Union”) agreed to divide the Korean Peninsula into “North” and “South” along the 38th Parallel.

Quite importantly, in terms of subsequent developments in the Korean Peninsula, the Soviet Union arranged for the return, across the Republic of Russia’s 17 km border with North Korea, of tens of thousands of Korean volunteers who had fled the Japanese occupation and joined the Russian Army in its war against Germany. One of these was Moscow-educated Kapitan Kim Song-ju who later adopted the name of a true Korean resistance hero during the Japanese 1910-1945 occupation of the Peninsula, Kim Il-sung. In 1948, he was acclaimed the first President of the newly created Democratic Peoples’ Republic of Korea (DPRK).

On June 25, 1950, the DPRK’s Peoples’ Liberation Army (PLA) crossed the 38th Parallel into the Republic of Korea. It was equipped with the Soviet Union’s T-34 medium battle tank, widely recognized as the most powerful medium tank of WW II, field artillery and hand-held machine guns.

Within three days, the PLA captured Seoul and by the first week of August it had driven the outnumbered and ill-equipped South Korean army and its American advisers into a small perimeter circling the south-east coastal city Pusan, now known as Busan. 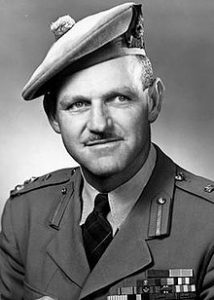 In June 1950, the USSR was boycotting meetings of the UN Security Council thus, it was not present to veto three resolutions submitted by the USA in support of the embattled Republic of Korea.

On July 12, 1950, three Royal Canadian Navy destroyers sailed to serve under UN Command and Royal Canadian Air Force 426 Squadron flew to McChord Air Force Base, in Washington State, to serve in the transport of personnel and supplies to Korea.

On August 7, 1950, the Canadian Government authorized the creation of the Canadian Army Special Force, later named the 25th Canadian Infantry Brigade (25 CIB), under the command of Brigadier General J.M. Rockingham. In December 1950, the 2nd Battalion of the Princess Patricia’s Canadian Light Infantry landed in Pusan and was in action by February 1951.

In April 1951, the Battalion was awarded a United States Presidential Citation for its valiant actions at Kap’yong in withstanding three-days of repeated attacks, day-time and night-time, by overwhelming numbers of heavily armed Chinese troops. 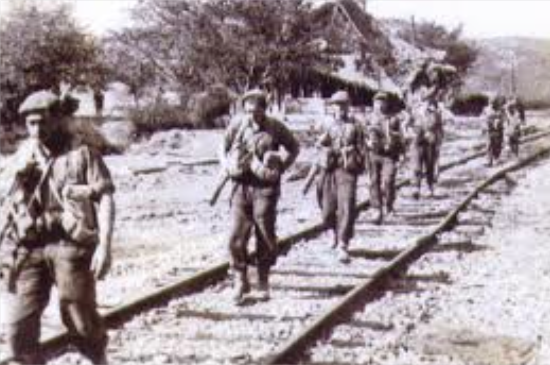 2 PPCLI in Korea about the time of their action at Kapyong.

THE RCEME CORPS IN KOREA

Upon arrival at 42 Workshop in June 1954, I was assigned to the Wheeled & Tracked Vehicle Section, a 21-year old Lieutenant.  I quickly realized that I was about to begin a new phase of climbing up my “learning curve”.

The Wheeled and Tracked Vehicle Section numbered 62 all ranks. The senior NCO, a WO II, was in his early-forties, old enough to be my father. He had been awarded a number of WW II service ribbons.

Within a few days, we became friends, mutually supportive. I addressed him as  Sergeant Major and he addressed me as Lieutenant. He was one of my top mentors.

Fortunately, despite my youth, I was able to provide assistance to some of the craftsmen in our Section, and in other Sections, by helping them to increase their knowledge of mathematics, chemistry, physics and the mechanics of machinery (a mechanical engineering university standing requirement). Several of them  successfully participated in Group 1 and 2 Trades Pay exams in September 1954. Many of them had been unable to achieve “passing grades” a few months earlier.

In October 1954, 42 Workshop returned to Canada as part of the downsizing of the UN Command leaving a detachment of 60 of its personnel to be transferred to First Commonwealth Division Infantry Field Workshop, an Australian, British, Canadian and New Zealand workshop. We made many new friends. 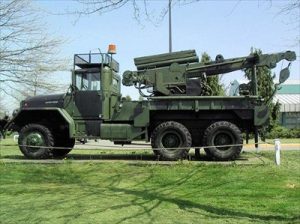 Contrary to my recommendations in preparing the “equipment list” for our detachment, the Officer Commanding 42 Workshop refused to agree that any of the six Canadian M-62 recovery vehicles would be assigned to the detachment for use in its continuing efforts to recover damaged vehicles from the “paddy fields” of the Imjin River Valley. We were soon to learn how to operate the WW II “muscle-powered” winches of the Royal Army “Scammels”.

One bright spot of the winter of 1954-55 was the 24 volt ignition systems of the Canadian Military Pattern jeeps. Canadian-made jeeps always started despite the sub-zero temperatures and constant winds whereas the 6 and 12 volt systems of other vehicles often did not. CMP jeeps and M-62’s were equipped with 6-volt “booster batteries” and “jumper cables” to help their comrades.

Perhaps of greater brightness was the initiative of certain “older” members of the RCEME detachment in declaring a D-4 Caterpillar bulldozer from 3 Field Squadron Royal Canadian Engineers as “beyond repair” and therefore not suitable for return to Canada.

The D-4 was indispensable in leveling areas at our new, water runoff, location for our tent lines and especially so in constructing a dam at a small stream that flowed alongside our new location. The head-pond soon provided a supply of water for a rapidly built shower-shack equipped with “left-over” components from the Brigade’s MLBU (Mobile Laundry and Bath Unit). Senior NCO’s were instrumental in these actions, as always.

THE ROLE AND RESPONSIBILITIES OF SERGEANTS AND WARRANT OFFICERS

I believe that their primary responsibility is to serve as leaders and mentors thereby contributing very significantly in enabling Canada to fulfill its international peace-keeping and peace-making commitments.

By serving as leaders and therefore mentors, RCEME non-commissioned officers share their experience-derived knowledge, continually augmented by their personal ongoing study of leading-edge technological developments, encourage younger craftsmen to improve their individual skills and competencies, and consequently, their personal self-confidence and ability to contribute to the happiness and security of future generations of Canadians.

On May 22, 2017, the Commandant of the Royal Military College, Brigadier General Sean Friday, on the occasion of the Graduation 2017 ceremonies, stated in his concluding remarks to the graduates:

“Ours is not a trifling profession. Your commitment to upholding our Canadian values must be absolute, and so must your commitment to those you will lead and their families. You’ve been given the first volley of the knowledge you need to launch your careers as junior officers. Now you will add experience to that knowledge. You will become mentor to many, but you will also BE MENTORED BY MANY, INCLUDING THE EXCEPTIONAL NCO’s WITH WHOM YOU WILL HAVE THE PRIVILEGE TO SERVE.”.

For more on Jon Jennekens and his lifetime of service, please see here for English and for French.