3671 Norm Freeman: Just one of many from the distinguished Class of 1956

During the two years he was a ‘Roadent’ he kept himself very busy – mostly playing sports and excelling in the classroom.

A quick review of the 1954 edition of ‘The Log’ has, a number of photos and comments confirming his involvement whether it was academics, sports (basketball, boxing, football, volleyball – just to name four).

The Toronto native averaged 10 points a game in basketball; football quotes by sports-writers in – ‘The Log’ – included – “great in the backfield…”; “Normie Freeman, again a picture catch from Paul Manson…”; and “impossible one-handed catch by Freeman.” Did we mention that he won the featherweight boxing title in his first year; was runner-up the next year in the lightweight division; and won the Captain’s Cup for Sports in his second year?

The same Paul Manson who went on to become the Chief of Defence Staff (CDS 1986-89) has some great memories of his time on the gridiron with Norm. “Norm Freeman and I were classmates and teammates during our two years as cadets at Royal Roads, and I have happy memories of our times together in those days, especially on the football field. Norm was especially fleet on his feet; as a pass receiver, he could outrun the defending players with ease, to the extent that he and I combined for very long touchdowns on numerous occasions. A superb athlete, Norm also excelled in gymnastics, basketball and boxing while at Royal Roads.”

His military potential was also front and center – he split time as Cadet Squadron Leader (first term) and Wing Commander in third term. Royal Roads had four terms in a school year in those days.

‘Max’ as he was popularly called by many of his classmates hails from Toronto. It was while attending his last year of high school at Humberside Collegiate that he seriously thought of attending military college.  His family had deep roots with the military. Both his grand fathers served in WW1; an older brother of his fathers grandfather was killed in action at the Somme.

Being from Toronto we were curious on how Norm ended up at Royal Roads in 1952 and not RMC.  “An interesting question, because when I applied for RMC, I did not even know there was a Royal Roads! I found out about ‘Roads’ AFTER I had been accepted for RMC. Following my final ‘signing in’, I just happened to meet a fellow cadet who was going to Royal Roads; and when I heard about it, I asked for a change; and, it was approved on the spot.”

When asked if he had any special memories of former staff members from RR or RMC, he quickly came up with three. “RSM Coggins, he literally saved my life.”  He described the circumstances, “I was a gymnast; and, was trying out a new dismount after a giant swing on the hi-bar. Coggie was spotting me; and, when the manoeuvre went wrong (it really defied the laws of physics; and, I should have known better); and, I was coming down on my neck, he dove in and cuffed me on the neck so that I landed on my shoulders. Had he not been so quick to react, I would likely have broken my neck – literally!”

The other two mentors were, ” Jim Moran who taught Mechanical Engineering and provided advice on the RCAF. Lieutenant Harvey Cox: coached football; and, we have remained friends.”

Norm had a very successful career following his time at military college.

Add it all up, including military college time –  it comes to 30 years and 4 months in uniform.

It is interesting to know the circumstances how he went from: AI navigator; CE Officer; Military Engineering Officer.

“I had osteomyelitis as a result of a football accident at RMC; and, although troubled with this for three years, it did not ‘flare up’ until 1959. The result was that I was grounded; transferred to the Construction Engineering Branch of the RCAF; and, posted to Langar, England – the Support Base for the RCAF in France and Germany.”

Paul Manson tells us, “In those early years he demonstrated the good sense and leadership skills that would eventually see him rise to the very top of the Military Engineering field in the Canadian Forces.”

After leaving the military, Norm did work as a  Consulting Engineer for three years;  and a high profile position as, Assistant Deputy Minister for Architecture and Engineering at Public Works Canada for four years.

For those who know Norm Freeman are well aware that the most important aspect of his life is his family.  The former, Nancy Buchanan, and Norm were married on the weekend following graduation from RMC. They had been High School Sweethearts, and were engaged during Norm’s 3rd year at RMC. They had 3 children: Heather, Lee and John; 4 grand-children: Jennifer, Dustin, Caitlin and Kendra; and, one great grandson: Sebastien. After 62 years of marriage, Nancy passed away in 2012.

Following Norm’s retirement from the Military, he and Nancy farmed a small sheep and cattle operation on an old UEL farm in South Bay, Prince Edward County – south of Bellville, Ontario – for 10 years. He used a team of Belgian horses for some of the work.

Following family, his ‘buds’ from the Class of 1956 are pretty special too.

“I believe, as does the rest of our Class, that the Class of ’56 is distinctive; and, was, and continues to be, a Brotherhood.”

We casually asked, besides Ex Cadet Weekends what do you guys do socially from time-to-time.

“At every Ex- Cadet Weekend, Dave and Rosalie Spooner hold an evening party; we have held a couple of Reunions at Royal Roads; the Vancouver Island Group holds a monthly luncheon, plus special ones when Classmates from afar visit; the Okanogan Group hold luncheons/dinners with some frequency as did our Southern Ontario Classmates; and, we in Eastern Ontario (Kingston/Brockville/Ottawa) play bridge on a monthly basis (have done since the mid 1960’s); and, some of us golf weekly during the golfing season. The latter Group also holds mixed luncheons/dinners on occasion and every December John Rutherford and Jackie Holzman host a get-together in their home.”

We also spoke with another classmate, 3572 Frank Norman who happened to be RMC commandant (1982-85) who has been residing in Kingston for the past number of years. ” We never served together nor have we played bridge together in retirement but we remain friends.” 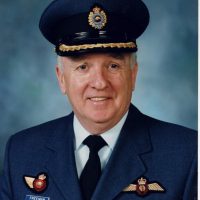 The other well known fact about the Class of 1956: Like so many of his classmates, Norm, has been involved in a lifetime volunteer activities. In his case he has been active on various non-profit Boards; and, for 10 of the last 20 years, he was on the Board of his Condominium.

The proud Ex Cadet made a final point. “I should also have mentioned that 3528 Paul Manson and I were crewed up on CF100s at Cold Lake in 1957 and flew together in 440 Squadron at 3 Fighter Wing in Germany until 1959 when I was grounded with osteomyelitis. Another Classmate, 3547 Duane Sharp, was on Squadron with us in Germany.

Paul Manson closed the conversation, “We have kept in close touch over the years; sixty-six years later we still compete regularly on the golf course!” 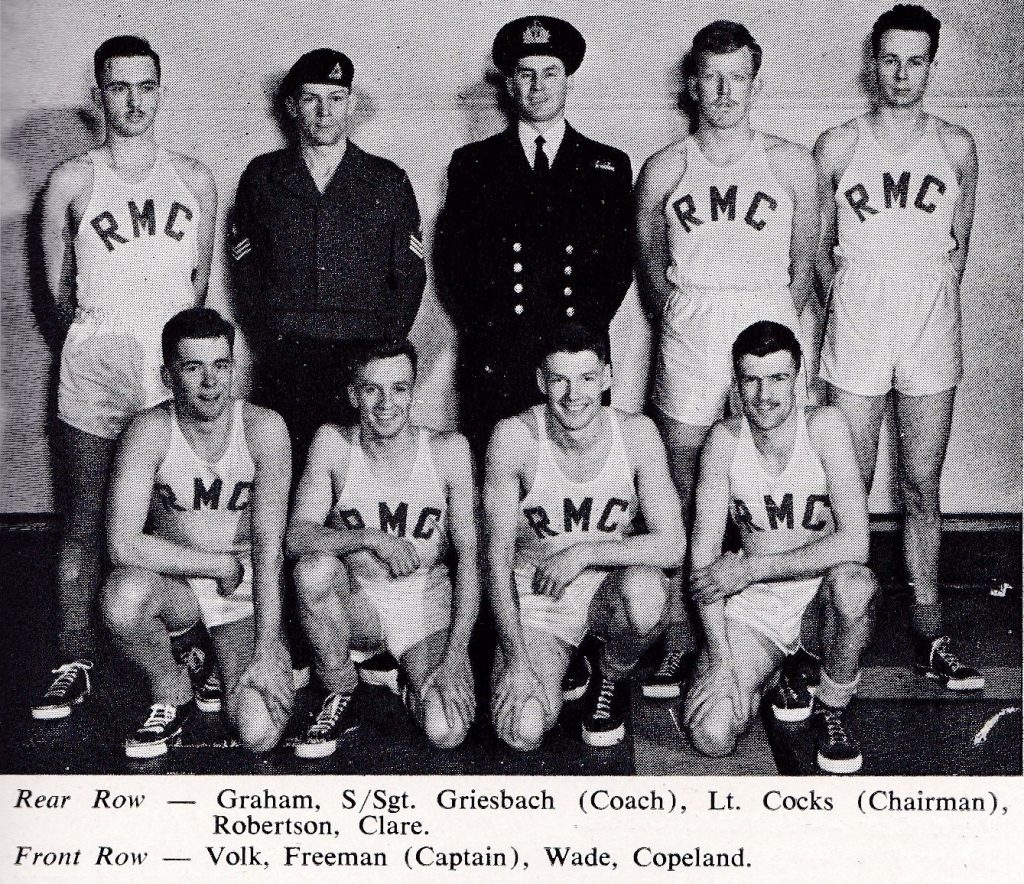