This is the first installment of our seven part series on The History of the Royal Military College of Canada, by #47 LCol Ernest F. Wurtele, VD. LCol Wurtele graduated RMC in 1882, served as honourary secretary-treasurer of the RMC Club from 1892 to 1913, was the associate editor of the RMC Review, for ex-cadet news, from 1926 to 1936, and was the first honourary member of the RMC Club. 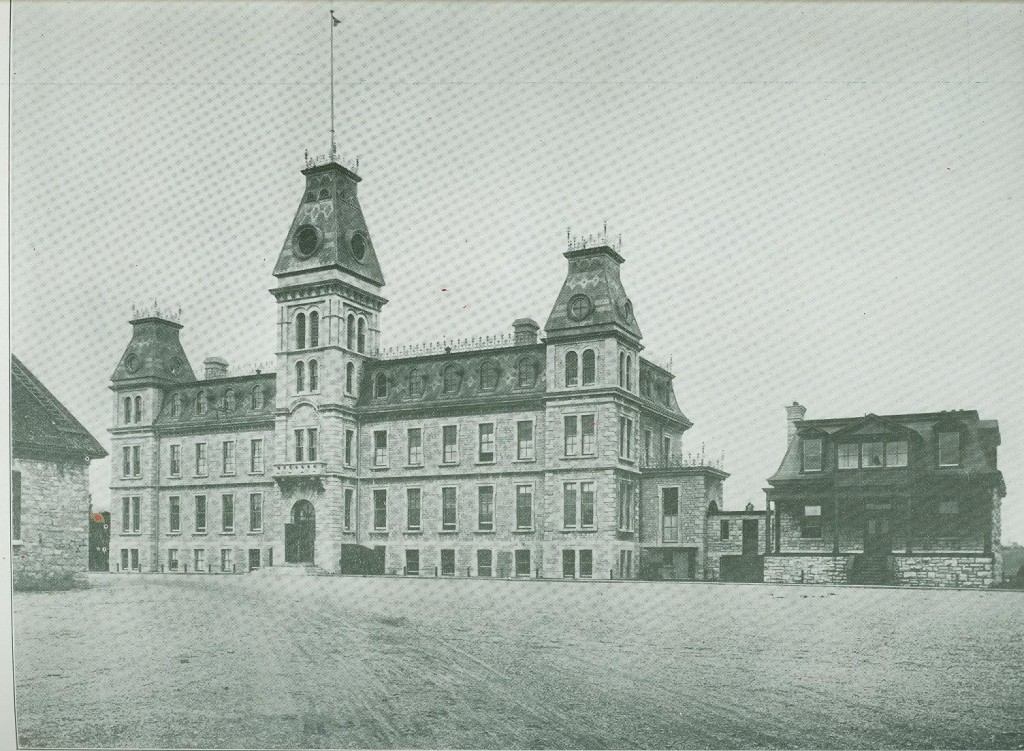 The History of the Royal Military College of Canada, by LCol Ernest F. Wurtele

Part 1 – The Founding of the College

When the British regulars were removed from Canada in 1870 and 1871, leaving only small garrisons at the naval bases of Halifax and Esquimalt, the country was deprived of its only source of military education. A prompt effort was made to supply the deficiency by means of training schools in connection with the Permanent Force, which, by an Amendment to the Militia Act, came into being in 1871. But the instruction given in the schools was lamentably weak, and no provision was made for the training of officers for higher commands. There was a distinct falling off in the efficiency of the militia corps, and the contrast between the work of the new soldiers and those trained by the regular troops was most marked. In 1874 the Imperial authorities and the British officers serving in Canada called the attention of the Dominion Government to the weaknesses in the militia system and to the need of higher military training. As a result, an agitation began for the establishment of a military college, and after much debate in Parliament and discussion in the Press, the Government, under the leadership of Alexander Mackenzie, decided by Act of Parliament in 1876 to establish a military college: ”For the purpose of imparting a complete education in all branches of military tactics, fortification, engineering, and general scientific knowledge in subjects connected with, and necessary for, a thorough knowledge in the military profession and for qualifying officers for command and for staff appointments.”

The site chosen for the college – named in 1878, by the gracious consent of Her Majesty Queen Victoria, the Royal Military College of Canada – was on the peninsula fronting the city of Kingston, Ontario. On the north-west side the Cataraqui river separates the college grounds from the city, and on the southeast side a navigable inlet from the river St. Lawrence separates the grounds from the Government reserve and Fort Henry. On the southern extremity of the peninsula in front of the college is Fort Frederick. Here the college was opened on June 1st, 1876, with eighteen Gentlemen Cadets in attendance. The selection of the site of the college was admirable. Kingston was the oldest military post in the Dominion west of Montreal, and had historical associations carrying the mind back to the days of Frontenac and La Salle. As Fort Frontenac it had played an important part in the struggle between France and the Iroquois, and in the War of the Conquest that ended French rule in Canada. As Kingston it came into being in 1783, and was one of the points along the St. Lawrence at which the United Empire Loyalists settled. During the War of 1812 it had been a busy military and naval centre, and so strong was it that, though the tide of war ebbed and flowed east and west of it, it was never in danger, and as a military base played an essential part in beating back the American invaders.

The college grounds form two enclosures. In one (about thirty-four acres) are situated the cadet barrack and educational and mess buildings, gymnasium, drill parades, recreation grounds, etc.; in the other (about thirty-two acres), the military engineering grounds, staff quarters, and non-commissioned officers’ and servants’ quarters, stables, etc. This is the official description of the students. For convenience they are hereinafter called “cadets.”

One of the chief reasons that influenced the Government in selecting Kingston as the point at which to establish this military institution was that it was in possession of the site of the old Naval Yard, established in 1812, on which there were several buildings immediately available for the needs of the college.

The three-story structure, in its interior arrangements, was originally built like a three-decker and known as the ” Stone Frigate,” and had been used for training purposes in 1812; this was taken over and made to supply the general needs of the college, serving as a barrack and educational building, officers’ and professors’ rooms, and laboratories.

In looking about for a model the military authorities selected West Point in the United States, which served the purposes of a staff college and a college for the training of cavalry, artillery, engineers, and infantry. An institution on these lines was considered the most desirable and economical for a country like Canada with limited resources. When the college opened its doors the period of instruction was fixed at four years. This, however, was reduced to three in 1897. 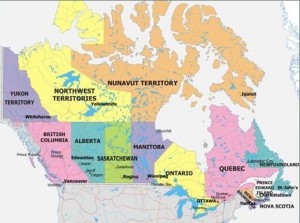