“Caught on my return from the Colwood” 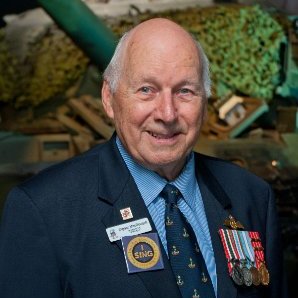 At Royal Roads, supplemental exams were held before graduation. While those that had to write supps studied and looked for other things to fill their time, seniors and juniors that had passed all exams went on a sailing cruise aboard HMCS Oriole, the RCN’s 100 foot yacht. I was not one of the sailors.

I had a record amount of supps to write at the end of 1st year. When the boredom of studying set in, I got a table and six chairs and set up a poker game in my cabin, to which I invited a few seniors and juniors to participate. It just so happened that my cabin was on the 2nd deck at the back of the Nixon Block where my window opened directly to ground level; very appropriate for an undetected exit. On the 2nd night of poker, one of the players suggested that a beer would go down “quite lovely”. I was sitting out of the game at the time; so I just  donned my cape over my T-shirt, sneakers and dungarees, took my pillbox, exited via the window and headed up the hill behind the Nixon Block. I snuck around the guardhouse, where normally I would have had to sign out, and walked to the Colwood Inn, with the money I had collected from the players, and purchased a case of 12 Lucky Lager.

I put on my pillbox and headed along the road toward the college, carrying the case of 12 under my cape.. A car stopped beside me and the civilian driver asked if I wanted a lift. At my request, he took me into the PMQ area and dropped me off. All I had to do was walk down the hill.

As chance would have it, a commissioned officer was walking his dog in the opposite direction along the path that I was on. Noting my weird uniform and sneakers. He asked if I was on a Skylark. I replied no, and that I was on an errand for some seniors and my own classmates. He said, “I don’t want to see what you have under your cape, but I do want to see you in my office at 0900. Carry on.” I saluted, acknowledged and walked away very briskly. The poker players each enjoyed two cool and delicious brews that night as the game went until about 0100. I took the case of empties the stationary engineer who operated the college heating plant in the subterranean basement of the Nixon Block.

The next morning, I missed breakfast to cram for my upcoming exam at 0900. I never did get to the office of the Squadron Leader who had stopped me. When he later questioned my not showing up as ordered, I said I was writing exams at 0900. I got off with a warning.

Thereafter, we took turns going to the Colwood Inn but ensured that we did not encounter any dog walkers.