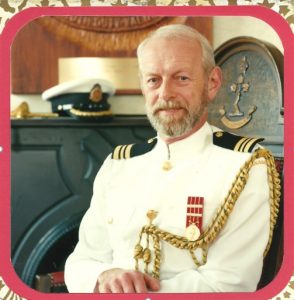 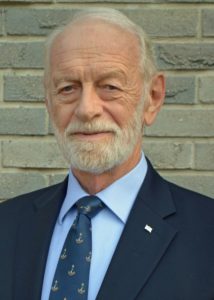 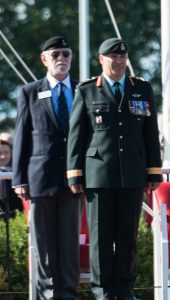 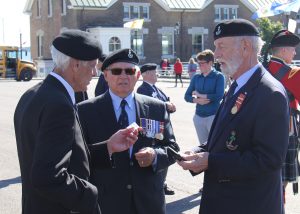 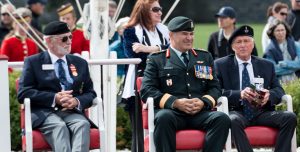 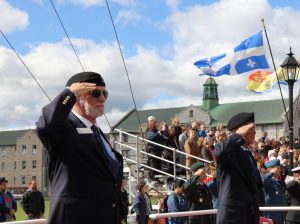 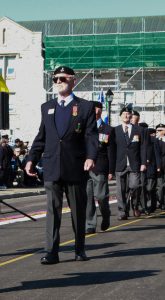 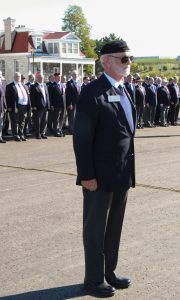 “My Love Affair with RMC”

5611 Gerry Stowe has been involved off and on with the College for most of his life. “My current preoccupation,” he said, “second to family, is Reunion Weekend, one of the primary duties associated with the position of Adjutant of the old Brigade (Adjudant de la vieille brigade).” That’s not his only activity these days, however. “We have a large backyard garden which needs tending,” he explained, “and a pool into which I throw any extra cash. My wife Helen and I travel as much we can as well, mostly by cruise ship.”

It may come as a surprise but when Gerry Stowe first joined the navy he had never heard of the College. “In high school, I joined the Royal Canadian Sea Cadets in Kelowna, BC. I found the Navy to be quite fascinating and as soon as I finished high school I started my naval career as a Naval Cadet at HMCS VENTURE, under the Venture Plan for short service commissions in the Royal Canadian Navy.” As he went on, “At the end of my first year, I and four others of my class were offered positions at Canadian Services College Royal Roads. Four of us accepted and three of us graduated and went on to RMC, a place I had never heard of until I was well ensconced at Royal Roads.”

Following graduation from RMC in 1962, he tried his hand at becoming a naval aviator. However, as he put it, “I was not very adept at flying, and since the RCN was phasing out any single-seat aircraft, I felt I should not endanger the lives of anyone else who might have to fly with me. Consequently, I was posted to sea just in time for the Cuban Missile Crisis.” Over the next three years, Gerry qualified both in the Engine Room and as a bridge watchkeeper before choosing Logistics as a career.

A brief posting to HMCS BEACON HILL in 1966 was followed by a move to RMC as a Squadron Commander. He took over as the Commandant’s Personal Assistant and Public Relations Officer before going back to sea with HMCS ST LAURENT. After the “usual penance” in Ottawa, Gerry wound up back at RMC as the Deputy Director of Administration. As he described it, “Thus began my long love affair with RMC. I stayed in the job as Deputy Director for nine years, with a short break for French Language Training (which was only moderately successful).” He served under four Commandants until 1987 when he left the Regular Force for the Naval Reserve. In 1988, he was back at RMC as, once again, Personnel Assistant to the Commandant and Protocol and Information Officer. In 1992, he transferred to HMCS CATARAQUI for four years, finishing his last year as Executive Officer. During this time he enrolled in the Master of War Studies programme at RMC. “When I received my degree in 1999,” he said, “I was at that time the oldest, at 59, to receive a degree from the College.”

Gerry was appointed Harbour Master for Kingston from 1993 to 2012.

Gerry Stowe has remained quite involved with the College community in recent years as well. “In 2001, in view of the impending 125th anniversary of RMC, I offered my services to the Commandant and he immediately put me in charge of the Anniversary Committee,” he said. “By the time the actual anniversary arrived, I was happily working at the RMC Club in Panet House while carrying on with the Committee.” He enjoyed five more years with the Club before finally retiring in 2006 when “my wife and I began to cruise with a passion. We have now sailed around the world (but not all at once) and have even included Australia and Antarctica in our travels.”

Even then the College wasn’t done with him. “In 2010,” he said, “my predecessor, Al Roberts, decided to leave his position as Adjutant of the Old Brigade, and I was fortunate enough to be selected to take over.” That experience, he said, “has helped me come to appreciate how much the College has meant to me.”

What he remembers the most looking back at all this time are the people. “My classmates form the bulk of the good memories,” he said. “I suggest that there are few ex-Cadets (and here I would include those who did not graduate) who do not owe some or all of their success to the lessons learned at the Canadian Military Colleges, whether they be admirals and generals, academics, astronauts, business men and women, etc. Most of us realize it, but it sometimes takes years for it to sink in. Many of us have also reaped benefit from belonging to the best alumni association in the world.”

So does he regret it, spending so much of his life in Kingston and involved with the College? He replied, “Thinking back on it now, I would do it all again, only the next time I would do it better and smarter. However, I would hesitate to trade any of my experience of the past sixty years for the opportunity.” As he went on, “For one thing, since we lived in Kingston continuously since 1975, our two sons were able to do all of their schooling in Kingston which is quite extraordinary for the family of a naval officer.” Furthermore, “I reached the lofty heights of Lieutenant Commander, with enough authority and with little of the blame, and was able to watch our family grow and prosper. Can anyone ask for much more?”

Big Day at the U.S. Embassy for the Bryski Family