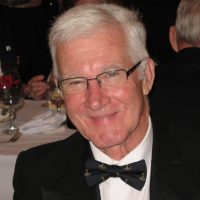 For 6364 Mike Braham (CMR/RMC 1965), it was a “long period of naval hero worship” that led him to military college. “I was born in Leicester, England,” he said. “We emigrated to Canada in 1952 when my father transferred from the Royal Air Force to the RCAF. From 1952 until I left home for CMR we lived in St Lambert, QC; North Bay, ON; Ottawa; and Bagotville, QC.” He went on, “I had decided that I wanted to join the Navy as a small boy in 1949 when HMS AMETHYST, a small Royal Navy frigate, made a daring dash down the Yangtse River during the Chinese Revolution. I considered several routes of entry, including the Royal Naval College at Dartmouth.  After moving to Canada, I remained resolved to join the Navy and in my final year of high school wrote entry exams for both Dartmouth and the College Militaire Royale in St Jean. In the event, I was accepted for both but decided that by then I was a Canadian and settled on CMR.”

Mike entered CMR in 1960 and graduated from RMC in 1965. “I was one of those rare freaks that liked being on parade with all of its pageantry and precision,” he joked. His fondest memories include carrying the Colours at the Trooping of new Colours parade at CMR in 1963 and saluting his father for the first time as a commissioned naval officer following graduation parade in 1965. “There was also winning the inter-collegiate light heavyweight boxing title in 1965, although this wasn’t quite as big a deal as it might sound since the only other university involved was the University of Toronto.” 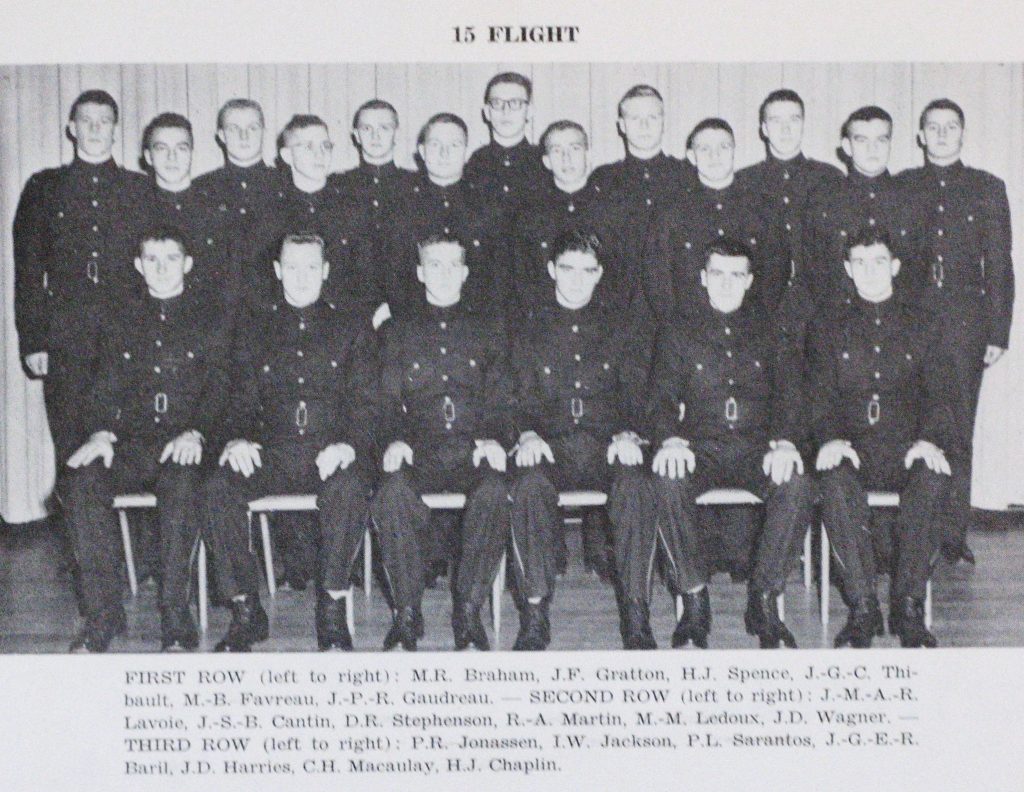 The Commandant during Mike’s time at RMC was Air Commodore Leonard Birchall, “a genuine hero who commanded a great deal of respect.” This also made for fond memories: “I tried to give him a wide berth since my College number was exactly 4000 higher than his. If caught I would have been buying him beer for the rest of his life!” (As Mike recalled, Air Commodore Birchall either didn’t realize his good fortune or had the good grace not to cash in on it.)

Mike graduated with a General Science Degree as a General List naval officer in the rank of Sub-Lieutenant and was posted to the destroyer HMCS GATINEAU based in Halifax. “I served initially as the Deck Officer responsible for upper deck evolutions such as coming alongside; raising and lowering the boats; anchoring; towing, etc.  After some time I was appointed Communications officer, with responsibility for radio telecommunications and other, more traditional naval communications. While serving in Gatineau I earned my upper-deck watch keeping certificate.”

In 1967 he attended the Canadian Forces Staff School in Toronto before being posted later that year to HMS Dolphin in Portsmouth, England to undergo submarine training. “I was promoted to Naval Lieutenant while in the UK,” he said. “Upon return to Canada I was posted to HMCS Grilse, an old former United States Navy Fleet boat that bore very little resemblance to the British vessel I had previously trained and served in.   I remained with Grilse for almost a year, but then failed my annual eye exam and was forced to leave submarines and to re-muster to the Logistics Branch.”

After attending the final Sea Supply Officers Course (before they became integrated Logistics Officer Courses) in CFB Borden, Mike was posted to the Dockyard in Esquimalt as the Fleet Service Officer – essentially an emergency supply office tasked to deal with urgent issues that could not be handled through the usual channels. That posting was “an excellent preparation” for his “most satisfying sea-going job,” his appointment from 1969-1970 as Supply Officer aboard the destroyer HMCS Gatineau.

Over the next decade and a half, Mike served as an Exchange Officer to the United States Navy Supply Centre in Oakland, CA, with the Other Ranks Career Development Study Team in NDHQ, attended the Canadian Forces Command and Staff College Course and the Directorate of Procurement and Supply Land before being posted to Brussels with the Canadian Delegation to NATO.

“Upon return to Canada in 1984,” he explained, “I was promoted to Captain (N) and appointed Director, Logistics Operations with responsibility for the 3rd and 4th line support of Canadian overseas commitments.  As the first non-army officer to hold this position it proved to be an interesting challenge and provided many opportunities to visit Canadian Forces in North Norway, Southern Germany and the Middle East. However, in 1987, with another posting to Halifax pending, dwindling career opportunities and growing family resistance to the prospect of another move, I decided that it was time to retire and to seek my fortune elsewhere after 27 years of naval service.” 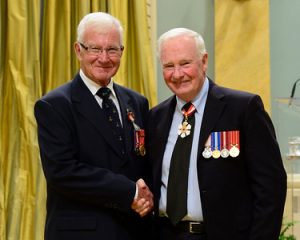 “Following my release from the Canadian Forces in 1987,” he explained, “I joined Emergency Preparedness Canada as the Director responsible for national emergency plans and exercises.” The dozen years he spent with EPC were among the most satisfying and rewarding of his career.  New Emergency Legislation, introduced in 1988, required a dramatic shift in national emergency planning focus and, along with my his dedicated team and emergency planners from all government departments they worked on, and exercised new plans with their provincial counterparts.

“Unfortunately, the unfounded fears associated with Y2K caused a major upheaval  in the emergency preparedness world and new, unfamiliar organisations were formed without due regard for the framework already in existence. As a result, I left EPC in 1999 and accepted the position of Director, General Safety in National Defence with responsibility for the occupational health and safety of the Department and of the CF.”

“In that role, I was blessed with a network of trained health and safety officers, but cursed by the lack of any kind of organisational structure, I devoted most of my almost ten years in this job, creating standardized job descriptions for safety officers and an organisational structure better suited to effectively deliver the program. This was no easy challenge – DND has the largest Health and Safety Program in the country and there were lots of inter-service prejudices to overcome before progress was achieved. In the event, it proved successful as accident rates plummeted across the board.”

In 2008, Mike decided that he had had enough of working full time and retired from the Public Service with a total of 48 years’ service. In the years since he has devoted his time to volunteer work at the Canadian War Museum and the Diefenbunker Cold War Museum. “With the Friends of the Canadian War Museum (FCWM),” he said, “I have acted as a volunteer interpreter in the Cold War Gallery; served on a number of committees; edited the FCWM Newsletter, The Torch, for 5 years; and worked in the used military book room selling books.”  As a result of his time with the War Museum, he was awarded the Queen’s Diamond Jubilee Medal in 2012. “At the Diefenbunker I do tours of the facility three times a week. I also started an Alumni Association of persons who had served in the Bunker when it was operational. So far, almost 200 former service personnel and civilian employees have signed up and five annual reunions have been held at the Museum.  In 2017 I received the Sovereign’s Volunteer Medal for my activities at the Diefenbunker.” 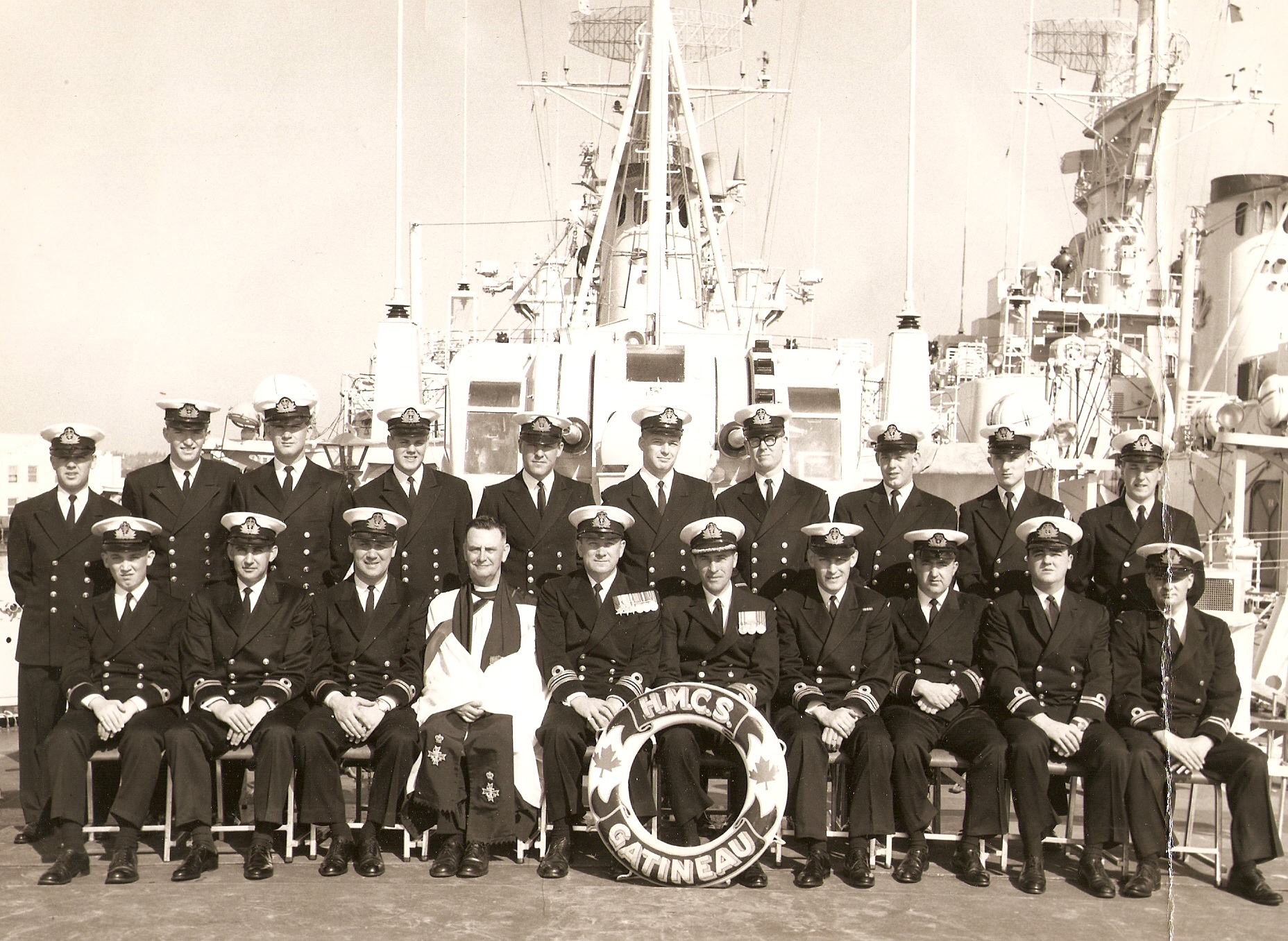 When asked how he stays connected with his class over the years, Mike was quick to respond, “The Gatineau Five!” As he explained, “Five of the class of ’65, myself, 6602 James Cale, 6604 Jim Carruthers, 6069 Peter Houliston, and 6439 Hugh Spence, were all posted to the same ship (HMCS GATINEAU) on graduation (which is a record, I believe). Now, over fifty years later, we all live in Ottawa and get together with our spouses on occasion to trade old war stories.” That Gatineau Five was also instrumental in getting the Class of ’65 Newsletter off the ground. “At one of the gatherings, it was suggested that the Class should have a newsletter to bring classmates closer together. I drew the short straw and have been producing one fairly regularly for almost 10 years. We are currently on Edition 117!” Mike Braham has also been a regular attendee at the Ottawa Region Class members and he attended their fifth reunion at RMC in 1970 and their reunion in 2010 when the Class entered the Old Brigade as well as their reunion in 2015.