Part 1: “I still remember looking around and recognizing on my fellow volunteers a look of serious mistake.” 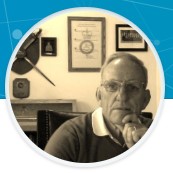 As a retired soldier, grandfather, and happy husband half way through his 74th year, I look back and appreciate greatly where I came from, went to school, university, served and, mostly, the wonderful opportunities and locations to serve our uniquely deserving Canada.

As the second son of five children of a second world war veteran and a gorgeous British war bride I was born in Ottawa in 1944 (actually McKay St in “Eastview” ) while Dad had just returned from Kiska. I was made bilingual from the outset. We stayed there and grew in age and numbers until we moved to a “new suburb called “Manor Park” …rather “Manure Parc” when the truly mounted Mounties went by. 711 Hemlock was home throughout my schooling.

My father began his law profession and continued in the Reserves with his beloved “Régiment de Hull”. This made quite an impression on me.

I went to school at l’École Genest and École St Charles (walking and serving mass at Saint Charles) in Eastview and then to Ottawa University High School. I played sports and focussed on Basketball and Volleyball and swimming. I was most fortunate to have had a wonderful series of teachers there, the most memorable of whom was Jim Gillespie, a WW2 pilot from the Royal Air Force and a model for the likes of me, Hugh Segal and Alec Trebec. At one period, I must have displayed a certain pompous character at which time “Mr Gillespie” said in his highland brogue “Mister Addy you dearly need to be taught humility,” following which he asked me to stand at the front in the garbage when he put his full chalk box on my head and told me to be quiet and stay there until he told me to move. I froze, the class went on, ended, he left, I paused and began to leave…he opened the door and I scurried back until he came and released me after what seemed an eternity. I am now more humble.

At about this time a student military program appeared, the “Reserve Summer Student Employment Program”. My brother had already enrolled and was at CMR. After one visit to St Jean, seeing the pomp and ceremony…no…the pool and gym convinced me that this was THE place that I had to go. I applied and was selected…from my College number…one of the last in my class and was off to St Jean. Strange ride…hardly any “good-bye”( I still feel empathy for the second son in a large family) On arrival on the bus, filled with young Canadian men from across Canada staring curiously each at these unknowns, we were met by what we did not then know as a “Senior”…in our view and in retrospect, the perfect image of a Nazi concentration camp guard , and hustled loudly into the common room of Maisonneuve Sqn and lectured loudly an routines, expectations and duties. I still remember looking around and recognizing on my fellow volunteers a look of serious mistake.

Within a few days we had forgotten the duty Nazi and adjusted well to the routine of reveille, clean, eat, work, study, sweat, eat, study some more, press, and polish, laugh and enjoy your comrades.

During these three years I very much enjoyed the comradeship, the academics but mostly the melting of Canadians from all over our great and unique country into a loyal and sharing group based on teamwork at all levels and mutual trust…not a small achievement.

During the last year, as co-captain of the CMR basketball team, I went to RMC at the annual sports competition. There were social events rumoured to these testosterone laden young Cadets as being rather promising. I asked my brother Paul if he could set me up with a date from his nurse friend at the Hotel Dieu hospital. Had a great time and met my future bride and thus began my great quest.

We had a quartet plus called the 69ers which we polished to sing around the area including on stage at a folk singing concert in 66 at Place des Arts. Eat your heart out Céline!

While at CMR, the teaching and military personnel were great and the most and strangely magnetic person for me was Major Labrosse, a bemedaled hero and legend of WW2 as a resistance and intelligence collector behind the lines in France. He could talk to young officers (and occasionally ignored their known presence at the local pub) and was devoted to the uniform and service before self. I saw him years later in Paris where his body had aged but his spirit was ever energizing.

At RMC, I was again struck by the marvelous group with which I would be making my life. Chaps from RMC and Royal Roads were friends and comrades within days and now loyal to their respective squadrons.

The sports program, under another WW2 hero and hockey hall of fame persona, Major Danny McLeod, really added life and challenge to our class. His internal physical fitness training, myriad of external competitions and variety of sport teams was awesome.

I enjoyed the College, the summer armoured training in Camp Borden, and the evolving social life. I spent the largest part of the latter trying to get another date with Marlene. She was much in demand but never neglected to get me a quite suitable replacement. This relationship continued until my grad year when we both showed up at grad ball with dates and photo together. (see class 66 photo after grad ball…we appear 3times together). I graduated with a degree in English academically but with a love and dedication to our Armed forces family and my future wife. A Winner! Thank you General Birchall!

20661 Richard Perreault: It's the Travel That Stands Out