Ex Cadets connect with school children- #6 in a series 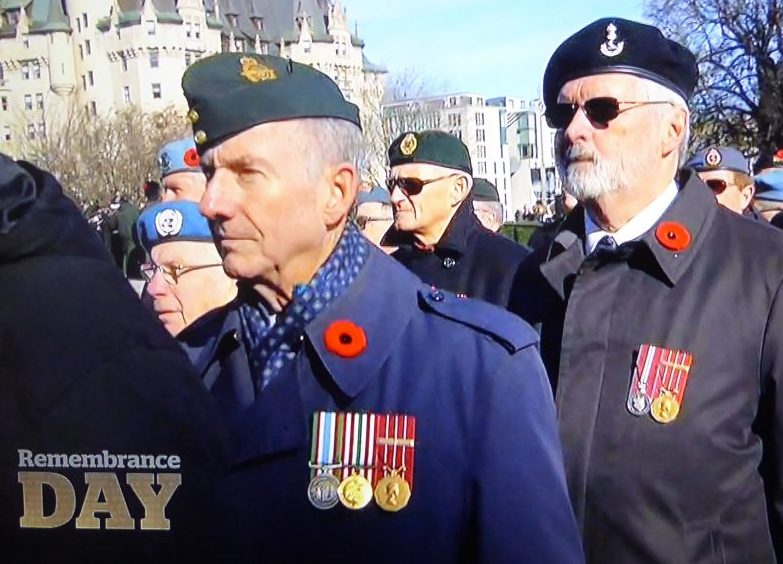 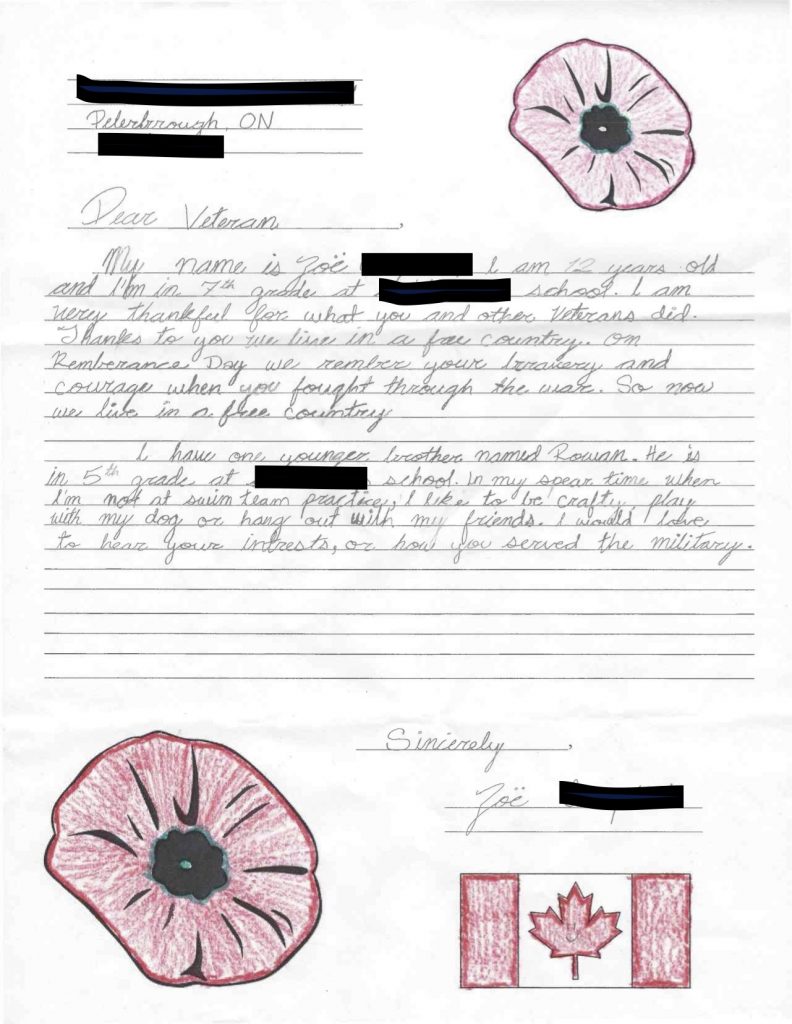 Thank you for your excellent letter.  You write much better than I did when I was in grade 7, and you are a good artist too!  Your poppy and flag are both very well done.  I think this means that you are an exceptional student with a good future.  Education is one of those things that we, as Canadians, are free to work at, and one of the many freedoms for which we can thank both our veterans and the people now serving in the Canadian Armed Forces.

You sound like you and your brother have a busy life.  That is good – both sports and friends are important, and add balance to your life.  I too had a dog when I was young, and we had a family dog when we had our children (one boy and one girl).  Both of my adult children have dogs now – in fact, my daughter has three of them!

My name is Gordon Sharpe, but everyone has always called me Joe.  When I was growing up in the Niagara Peninsula, I was aware that my Father had fought in the Second World War and his Father in the First World War.  Both served in the Canadian Army and returned after each war to be farmers in Ontario.  So, although I grew up on a farm I always wanted to be in the military.  From what I heard about the Army though, I knew I wanted to be in the Air Force!

I left the farm at the end of high school to go to Military College.  I wanted to get an education and learn to fly.  I was lucky enough to get to fly jets in the Royal Canadian Air Force in what was called the air defence mission.  We flew from bases in Northern Quebec and New Brunswick out over the North Atlantic.  Our job was to make sure Russian bombers didn’t come too close to Canadian waters.

During the Cold War we also practiced stopping Russian bombers before they could reach Canadian cities.  Sometimes we also helped civilian airliners that got lost and we even got to fly in airshows like the Toronto Air Show at the CNE, from time to time.  It was always nice to meet other Canadians and tell them about our work.  We were very fortunate that we never had to fight a “hot” war, but I believe we fought and won the Cold War.

I served for thirty-six years in the Air Force and enjoyed it very much.  When I wasn’t flying, like many of our Canadian Armed Forces members today, I continued learning and doing other jobs.  My family and I lived in Victoria, B.C., New Brunswick, Ontario, Manitoba, Quebec and Alberta.  I retired seventeen years ago, but still work as an advisor to the Canadian Armed Forces.

Thank you once again for taking the time to write and express your gratitude.  We are all proud Canadians and pray that our men and women now in uniform remain safe and secure.  I know they are encouraged by support from young people like you. 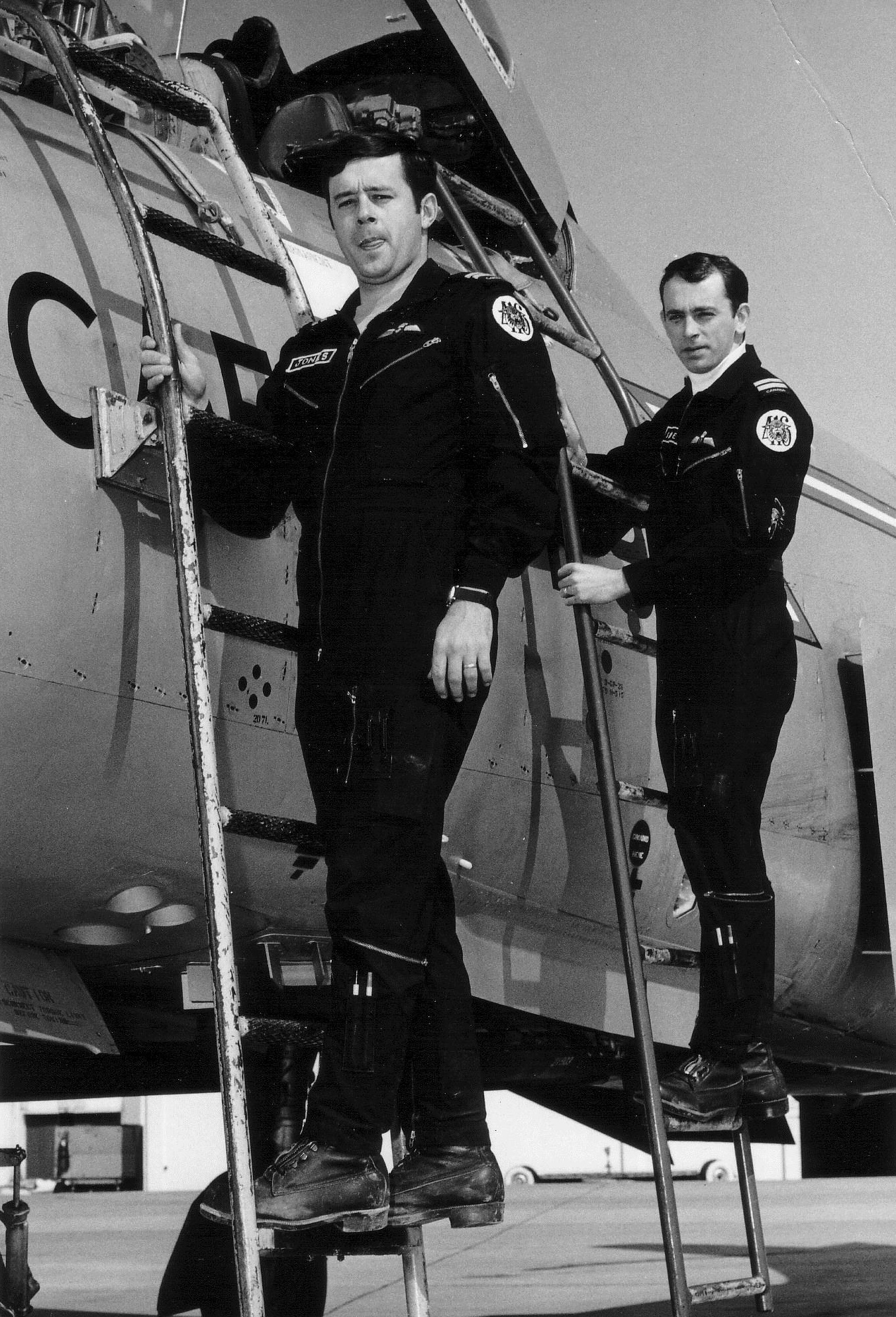 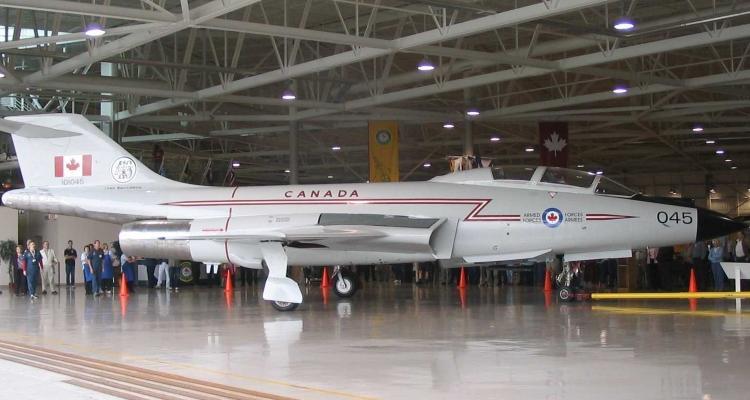 This letter is the last in our series. A special thanks to all those who provided the letters and photos, in particular,  7964 Don Bell for his initiative for coordinating this project.