Feature photo: A very happy Art Jordan gives the thumbs up from the cockpit after the flight (credit Mike Bourget) 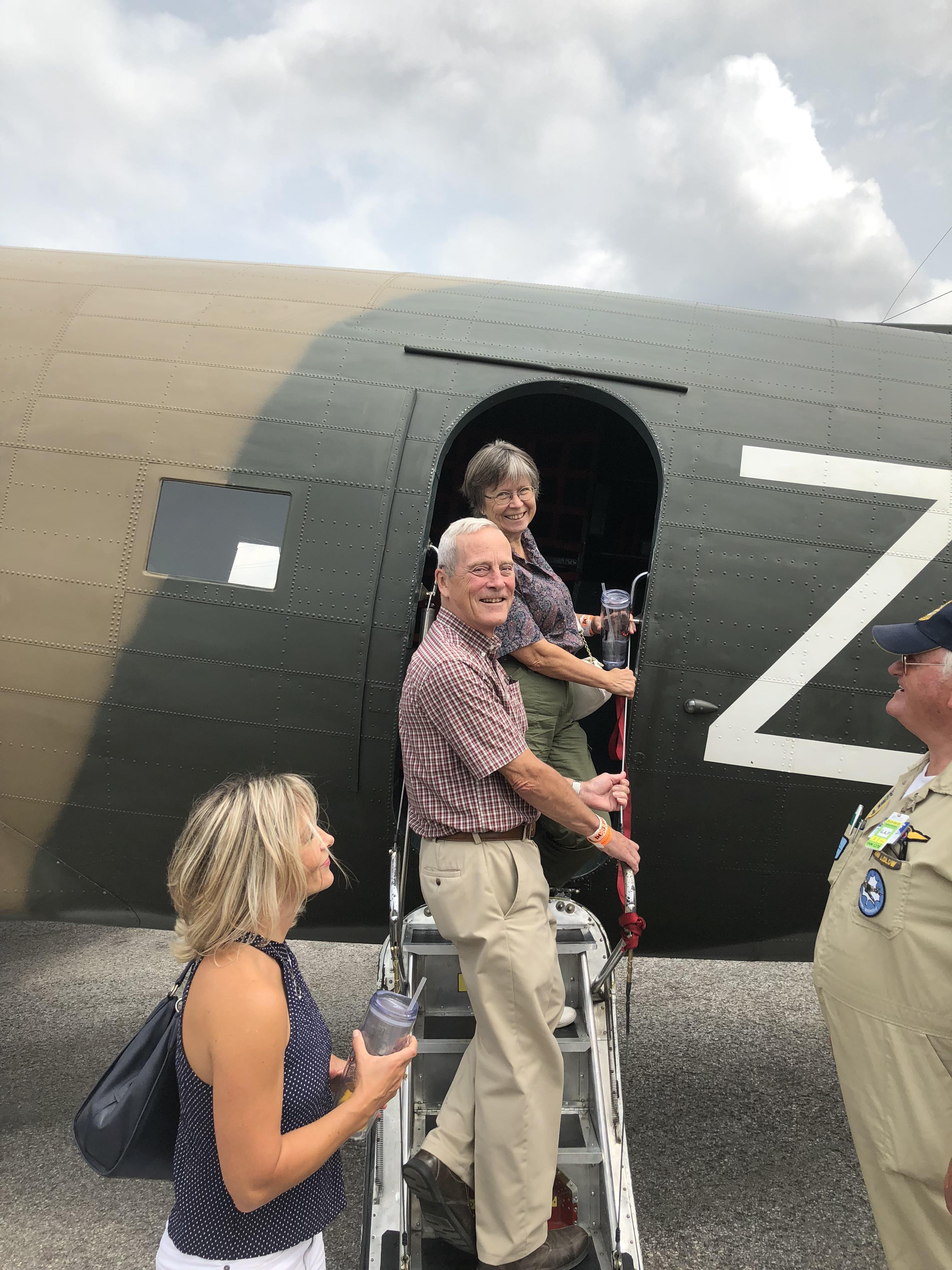 Above: Daughter Joanne looks on as Art and Lois board ‘Z’ for Zulu (credit Mike Bourget)

19 August was a very special day for 8294 HCol, LCol(Ret’d) Art Jordan.  A graduate of the RMC Class of 1970, Art went on to pilot training in both Moose Jaw, SK. and Gimli, MB before being posted to 429 (Bison) Squadron, which was then located in Winnipeg MB.  It was in Winnipeg that he learned to fly, and became operational, on the venerable Dakota, commonly known as the “Dak” or in RCAF parlance, the CC-129.  In just over three years he flew all over the country hauling all kinds of cargo, passengers, Navigator students and Air Cadets, and amassing just over 2100 hours; something that would be unprecedented today.

As Art’s 70th birthday approached, the family racked their brains on how to celebrate his life and achievements.  They remembered that in discussions about his happy and diverse 29-year career, the conversation would always include his time at 429 Sqn on the Dak.  A plan was hatched.  Get him back in the air.  Fortunately, there is a Dak at the Canadian Warplane Heritage Museum in Hamilton on which members can rent rides.  Through some discussion and logistical planning the event was booked.  On Sunday 19 August, nine Jordan family members and spouses, representing three generations of Jordan’s, boarded the CWH Dakota, ‘Z’ for Zulu, painted in the Canucks Unlimited colours for an hour long flight into history.

The CWH pilots Bill and Sten flew Art and the family from Hamilton along the shore of Lake Ontario to Toronto where they circled around the CN Tower.  At one point son Arthur remarked that it was of no surprise that Art Sr. had amassed 2100 hours on the Dak, as its cruise speed is slow enough to be the landing speed of the Hercules!

While insurance and Transport Canada regulations did not allow Art to actually sit in the pilot’s seat and “yoke-up” for a portion of the flight, the smile on his face throughout the day was something else!

While that particular Dak at the museum never saw military service, they have it painted as a Homage to the two Burma Star Squadrons, 435 and 436, who flew the Dak out of Burma during World War Two.  After his time at 429 Squadron, Art was re-trained to fly the Hercules out of 436 Squadron.  Son Arthur was a Navigator with 435 Squadron, also on the Hercules, flying out of Winnipeg where his Dad started his operational flying career. 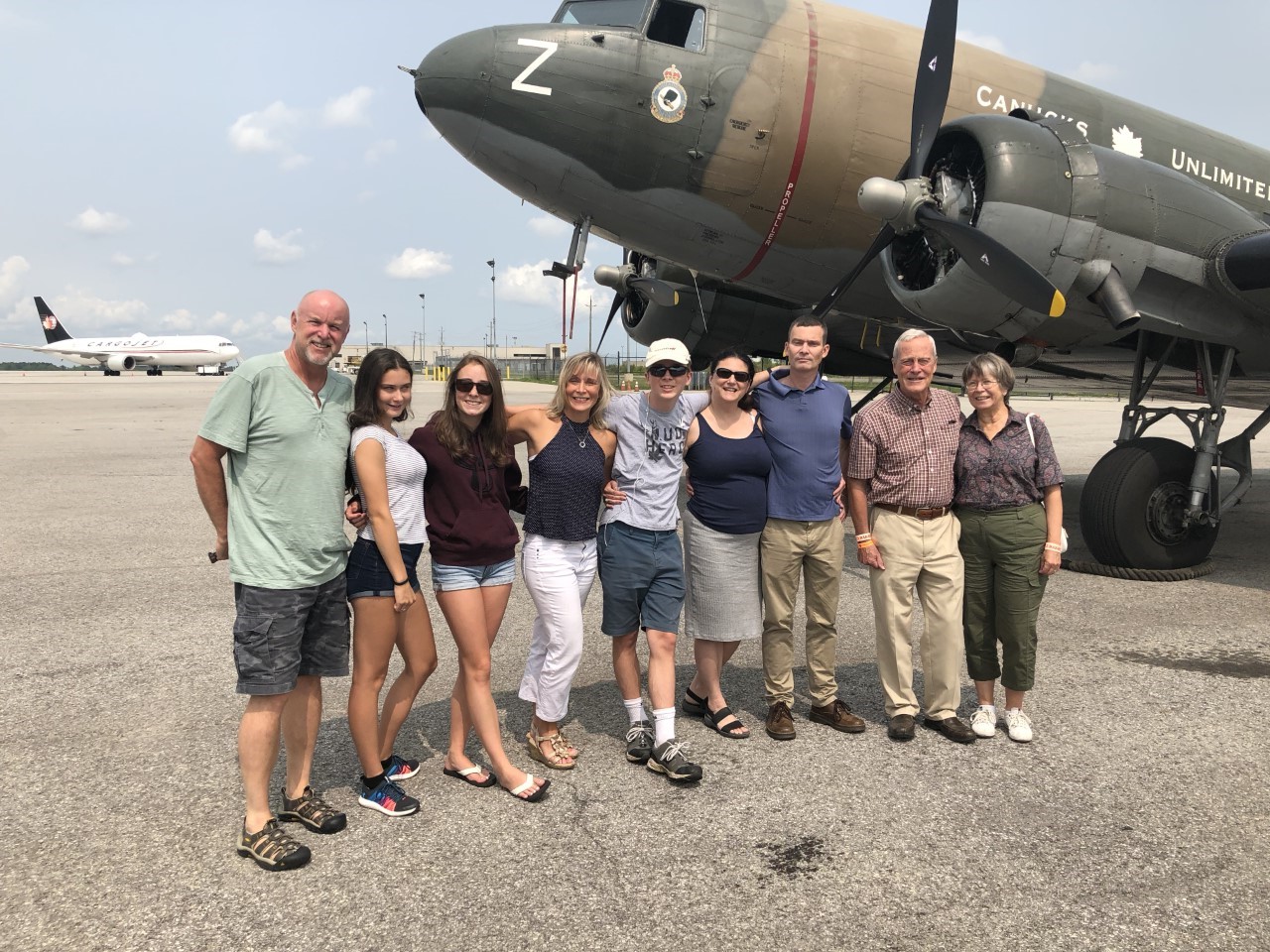