“The importance of R2P in the context of possible future peacekeeping operations which may include Canadian troops, likely led by young leaders from RMC should be of interest to those officers in the field from lieutenant to the rank of colonel.”

“…The nature of PKO has significantly changed from the days of Lester B Pearson (who received an honourary doctorate from RMC in 1971 during my grad). The achievements and challenges of R2P should be part of any cadet’s situational awareness on global security matters.”

Why R2P is relevant today
As Canada marks 150 years, seven global experts look at how the Responsibility to Protect doctrine can protect human rights in the 21st century, and how it can evolve going forward. 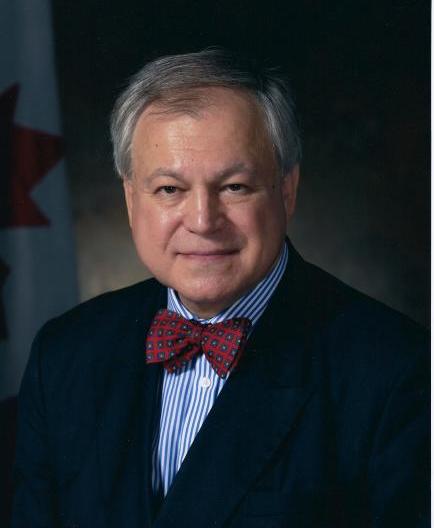 In Syria the use of barrel bombs and nerve agents by Assad against his own people cries out for R2P intervention by the United Nations. This, however, will not happen, thanks to regular Security Council vetoes by Russia and China, despite the UN High Commissioner for Human Rights having described the six-year conflict as “the worst man-made disaster since World War II.” Elsewhere in Syria ISIS militants are using civilians as human shields. Syria is not the only instance where the application of the R2P principle should save lives. Notwithstanding strong resolutions by the UN General Assembly, North Korea’s leadership continues to commit egregious human rights violations that have been called crimes against humanity. South Sudan’s leaders have been blamed for a famine that now threatens over one million people. Other current R2P candidates include the Democratic Republic of the Congo, Venezuela, Yemen, Mali and, perhaps again, Libya.

But for the foreseeable future, R2P will remain an early warning indicator rather than an effective tool to protect innocent civilians. There are several reasons why:

–       Russia and China, two authoritarian regimes that are afraid of “colour revolutions” even when these fail, are simply anti-R2P. Perhaps they are thinking of implications for Chechnya, Tibet or Xinjiang. They certainly abhor the possibility of regime change in places like Syria or North Korea.

–       There is a lack of Western commitment. The lengthy April 2017 G7 Foreign Ministers’ communiqué comments on each trouble spot in the world with no mention of R2P, not even in the sections dealing with the UN, Peace and Security, or with Human Rights. Its absence in the communiqué is a clear indicator of where R2P stands among G7 security and humanitarian priorities. Separately, Secretary of State Rex Tillerson apparently did allude to holding to account those who commit crimes against innocents anywhere in the world. U.S. foreign policy under Trump, however, is still mostly a zig-zag of short-term reactions. A cruise missile strike against a Syrian military base does not make a coherent R2P strategy.

–       The readiness of nations to contribute resources to any future military intervention under R2P is unknown and unlikely.

–       R2P is far from an established global norm, unlike the idea of universal human rights or crimes against humanity. Much work remains to be done before R2P becomes well-known and accepted. The active support of civil society will be key to making that happen. But some elements of civil society will always be opposed to the use of force no matter how worthy the cause may be.

Until R2P becomes more widely accepted, the world will have to continue to rely on other tools, like the International Criminal Court, the ICRC and the UNHCR, to mitigate the outrages perpetrated against innocent civilians.

From John to Tanya Grodzinski: A Personal Note about Transitioning from Male to Female