Above: 9318 Dave Bindernagel about to receive the Sovereign Medal for Volunteers from Her Honour, Janet Austin, Lieutenant Governor of BC

9318 Dave Bindernagel received the Sovereign Medal for Volunteers from Her Honour, Janet Austin, Lieutenant Governor of BC on 28 October.

The citation reads “Dedicated to preserving the history of Royal Roads Military College and Royal Roads University, David Bindernagel has spent the last 18 years supporting and initiating heritage projects. He was crucial in the establishment of a partnership with the RCMP Musical Ride in 2017, which led to the creation of a new event venue located on the university grounds.”

In addition, he organized a Sunset Ceremony at Royal Roads in 2015 for the 75th celebration of Royal Roads as a training and educational institution. Dave is a founding member of both the Royal Roads Military Heritage Committee and the Royal Roads Homecoming Committee. 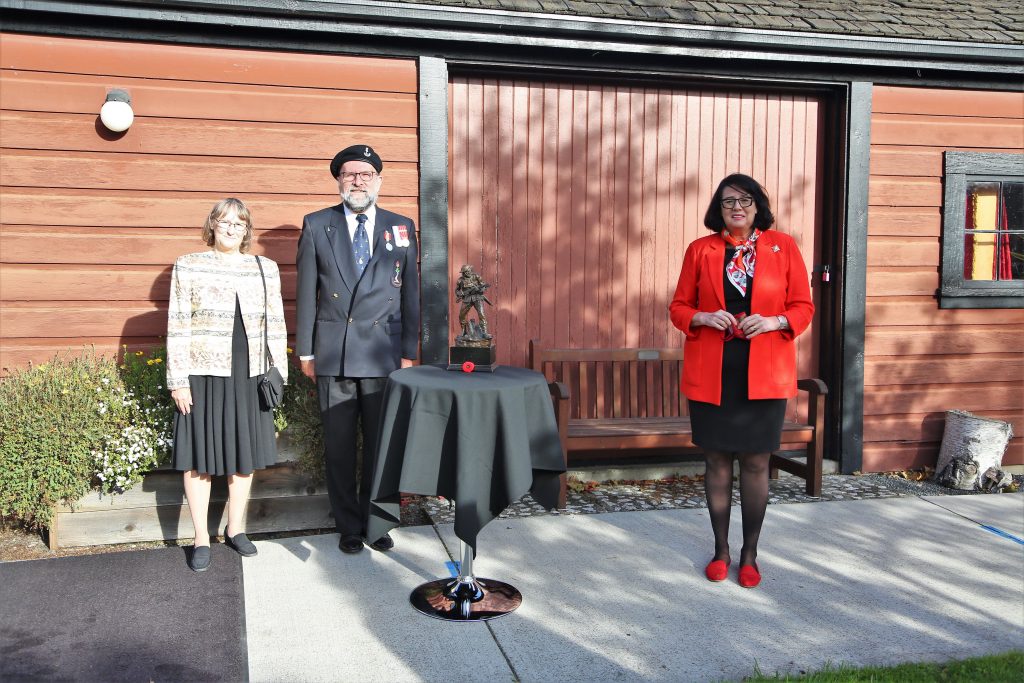 Pam and Dave Bindernagel with Her Honour, Janet Austin, Lieutenant Governor of BC