“Who will be the next Ex-Cadet to stand up to the plate in time of dire need, and once again demonstrate “the courage of the early morning” ?”

The Courage of the Early Morning 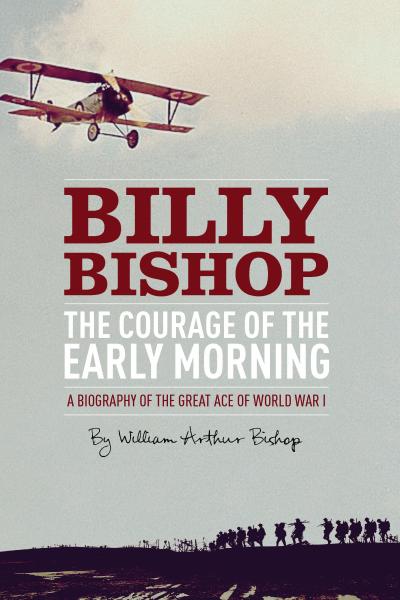 A few short weeks ago, Canadians were awash in national pride on the centennial occasion of what is arguably our greatest feat of arms, the triumph of the Canadian Corps at Vimy Ridge on Easter Monday of 1917. But it is also worth remembering that it was exactly 100 years ago today that a young Ex-Cadet named Billy Bishop wrote his name into history with a daring raid on a German aerodrome near the French town of Estourmel.

A 23 year-old Captain at the time, up until that point in his life Bishop counted himself among the least distinguished products of the College. But in the pre-dawn hours of the morning of 2 June 1917, a little more than two months after he had first arrived at the front, Bishop singlehandedly launched an aerial assault that would destroy three enemy aircraft in the space of less than 45 minutes, and in the process, would earn him RMC’s first and only Victoria Cross of the Great War.

The story of Bishop’s life and adventures is recounted in The Courage of the Early Morning, written by his son William Arthur Bishop, who during the Second World War received his own pilot’s wings from his father, and later followed in his father’s footsteps by flying Allied fighters over Europe. First published in 1965, the book remains a fascinating portrait of the rebellious lad from Owen Sound who went on to become a legend in his own time.

Bishop entered RMC as a member of the recruit class of 1911 (No. 943), standing second from the bottom among the 42 recruits who were admitted that year. The story of his tempestuous career at the College will be widely known to readers of this publication. His biography notes that “Billy was profoundly depressed by the indignities of his first year” and as a result failed his final examinations, which thus required him to spend an additional year in order to complete the course. He was narrowly saved from almost certain dismissal in 1914 by the outbreak of war that summer, and soon thereafter was commissioned as a cavalry officer. When he accompanied his unit to England in the summer of 1915, little could he have imagined how his subsequent life would unfold over the next three years.

By the time Bishop embarked on the raid that would earn him the VC, he was already a “veteran” fighter pilot who over the previous two months had accumulated 22 kills to his credit. Assisted only by his faithful mechanic, the ever-loyal Corporal Walter Bourne, when Bishop took off in the pre-dawn hours of 2 June, things didn’t look too promising. Heavy clouds hung over the British aerodrome, and a light rain was falling. Nonetheless, Bishop pressed on, catching the Germans by surprise, and inflicting calamitous damage in the process. He was back at his home base before sunrise, and word of his exploits spread rapidly. By mid-morning, the Commander of the Royal Flying Corps had wired his personal congratulations to the young flyer, calling the raid “the greatest single show of the war.”

For a country that was growing increasingly weary of the relentless grind of the war, Bishop turned out to be exactly the hero Canadians were waiting for. Remarkably, he was the first officer to be awarded the Victoria Cross, the Distinguished Service Order, and the Military Cross all at the same time, presented to him in London by King Geroge V. After a hiatus of several months, he returned to combat in the late spring of 1918, and on his last day in action, 19 June of that year, he shot down an incredible five enemy aircraft within the space of barely 15 minutes. Bishop ended the war having bagged a total of 72 recorded kills, leaving him only behind France’s René Fonck and the legendary “Red Baron” Manfred von Richtoften in terms of successes achieved in the air.

After the Great War ended, the following 20 years would bring their share of ups-and-downs for Bishop. After an aviation venture launched in partnership with fellow Canadian VC winner Bill Barker ended in failure, Bishop prospered in business for a few years during the 1920’s. Wiped out financially by the Crash of 1929, he later landed on his feet as an oil company executive. Arguably the highlight of his post-combat career came during the Second World War, when he served as Air Marshall of the RCAF, responsible for leading the service’s recruiting activities. It was a job that he embraced with the same single-minded determination that he had brought to his frontline combat assignment in France 25 years earlier, and over the course of the war Bishop’s leadership played an instrumental role in making the Commonwealth Air Training Plan a massive success.

After suffering from poor health in the last years of his life, Bishop died peacefully in his sleep in September 1956, at the comparatively young age of 62. In 1917, a few short years after narrowly dodging the bullet of expulsion from the College, Bishop returned to a hero’s welcome at his alma mater, this time as a Major wearing the British Empire’s highest decoration for valour. It must have been a moment of sweet vindication for the young man who had once been inaccurately been described as being “the worst cadet RMC ever had” (in reality, that is a title I probably should reserve for myself).

In a great many ways, throughout his life Billy Bishop was a man of apparent contradictions. As a young lad growing up in Owen Sound, he enjoyed attending dancing classes and disdained the conventional male sports, but he was reputedly both a dead shot with a rifle as well as a capable and fearless pugilist. While a cadet at RMC, his dismal record of academic performance and record of persistently rebellious behavior suggested little in the way of potential for future success, but by the time he finally took off his uniform 30 years later, he had earned his country’s highest decoration for valour and had risen to its most senior military rank. As a student pilot, he showed little initial aptitude for flying and almost certainly would have failed out of today’s training system. Even so, by the end of the Great War he had become, and still remains, the greatest aerial warrior this country had ever produced.

As the immortal 2759 Sir Charles Forbes (who like Bishop, failed to graduate, but later earned the Dutch equivalent of the Victoria Cross), once observed, “Destiny works in ways we may never be able to understand.” Indeed, Billy Bishop might very aptly be described as the epitome of a true Ex-Cadet: a complex and in some ways deeply flawed individual who, when handed the right combination of fate and circumstances, proved himself capable of realizing his destiny by rising to true greatness. By the time Bishop was in his mid-20’s, his most glorious days were already behind him. But despite his numerous and painfully clear failings, one hundred years after the fact, in a land that has been chronically starved for bona-fide heroes, he remains one of the most iconic and intriguing sons Canada has ever known.

Even though it was first published over 50 years ago, The Courage of the Early Morning is still an absorbing and eminently worthwhile read. It provides an intimate and unvarnished look at the life story of the individual who is undoubtedly RMC’s best known and most highly celebrated Ex-Cadet. And reading the book today, only one important question is left unanswered: who among us will be the next Billy Bishop ?

Who will be the next Ex-Cadet to stand up to the plate in time of dire need, and once again demonstrate “the courage of the early morning” ?

Respectfully submitted and dedicated to the memory of all Ex-Cadets who gave their lives in the Great War of 1914 – 1918.
Billy Bishop’s legacy – short video