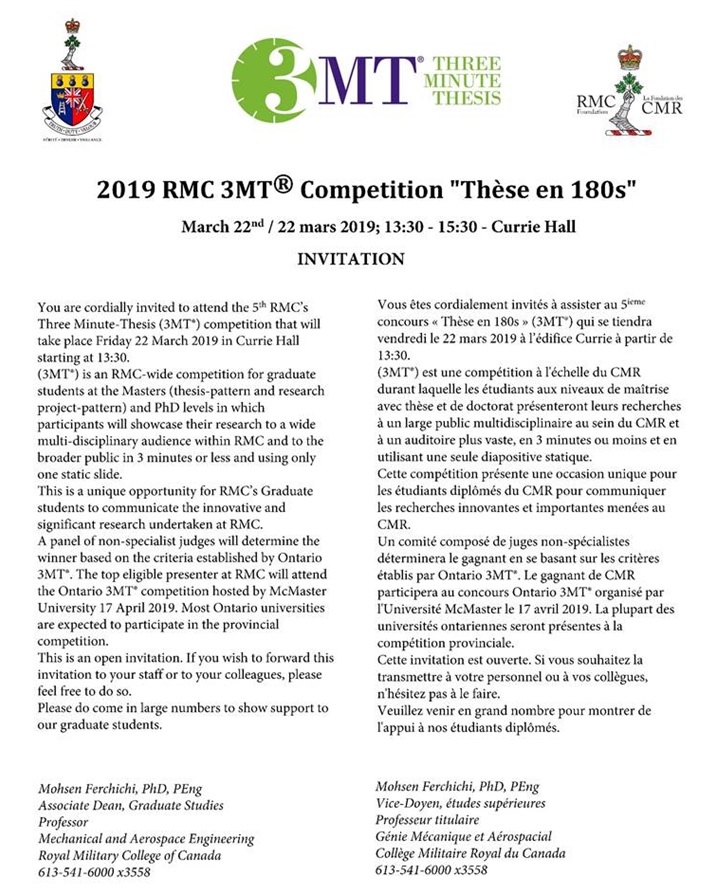 This event is proudly supported by the RMC Foundation. 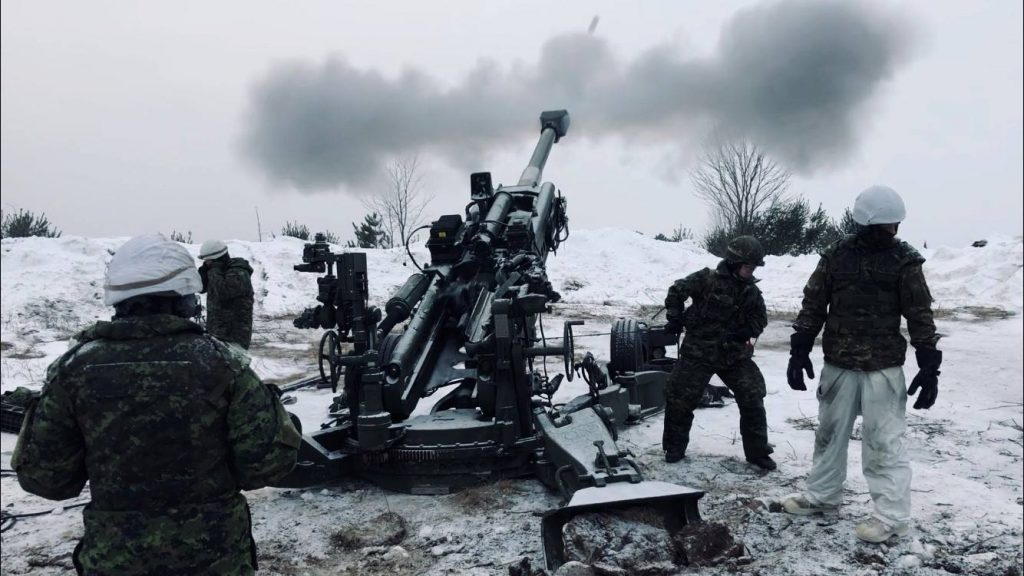 From March 1 until March 3, Officer Cadets Jacob Pittman, Xavier Bédard and David Guerrero joined 30th Field Artillery Regiment to be part of Exercise Frozen Gunner in Petawawa. They participated as (or shadowed) the roles of Recce Officer, Command Post Officer or Safety Officer. They were given a glimpse of the importance of the Army Reserve on military operations, and met with former RMC officer cadets who look forward to working with them should their paths meet in the future. 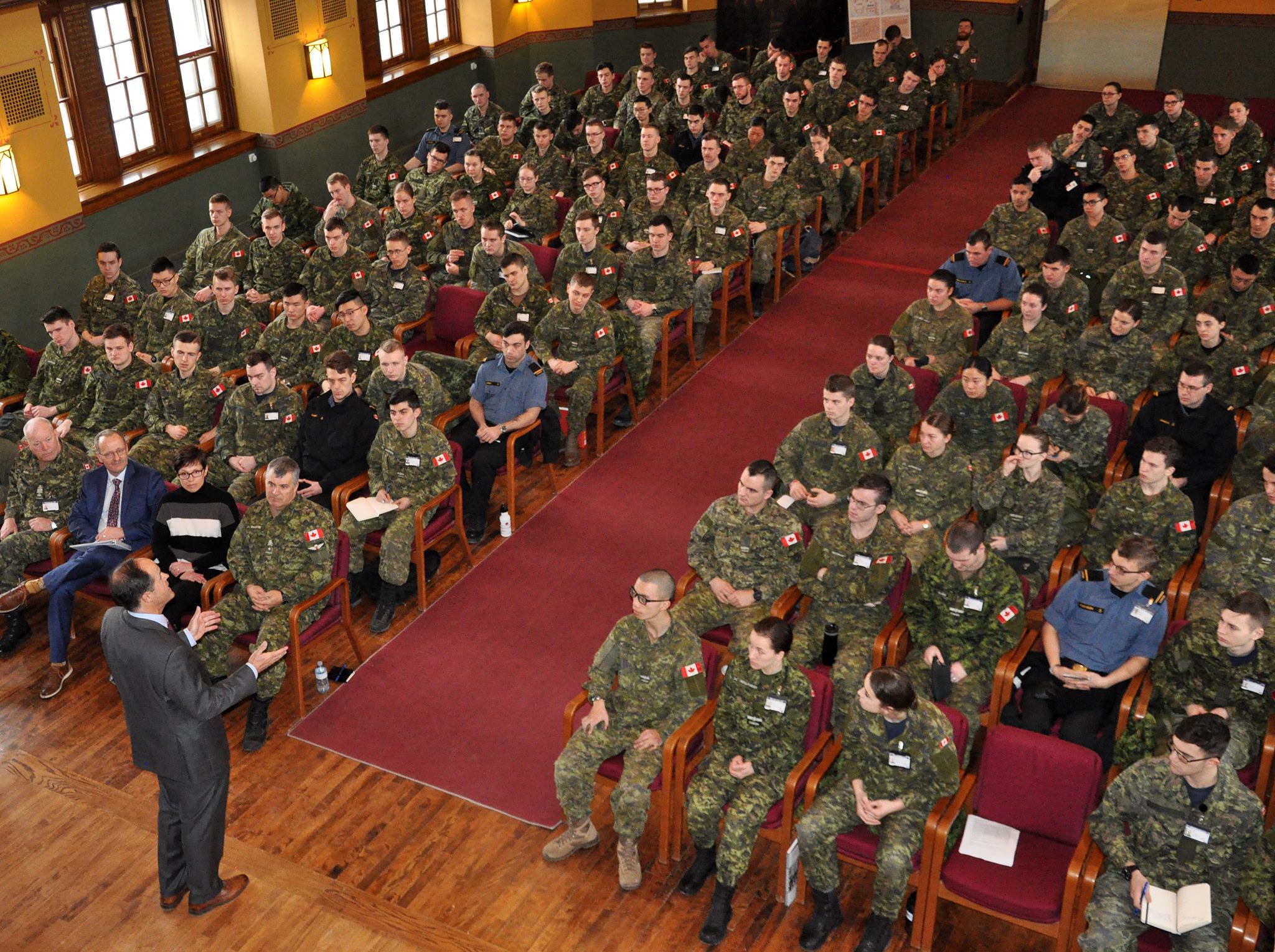 With thanks to 27897 NCdt (III) Christina Pongetti and Lt(N) Blake Patterson, RMC PAO 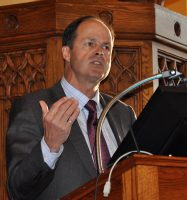 The J. Douglas Young Memorial Lecture was established in 1985 through the generosity of the Young family in association with the RMC Foundation.  This lecture series honours the memory of 2360 Major Douglas Young who graduated from RMC with distinction as the senior Officer Cadet of the Class of 1937.  Major Young paid the ultimate sacrifice while serving with the Royal Canadian Artillery during the Second World War.

The Young Memorial Lecture also honours the memory of Major Young’s father 803 Major-General James V. Young, CB, CBE, Class of 1908.  General Young was an outstanding Cadet, solider, athlete, and prominent Hamilton industrialist.  He was instrumental in seeing that RMC was re-opened as a Military College following the Second World War. 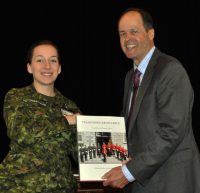 For the 2019 Young Memorial Lecture, 12192 Gen (ret’d) Tom Lawson came to the College to speak to the Third Year Class this past Wednesday. As 27897 NCdt (III) Christina Pongetti explained, “As an ex-Cadet and past Commandant of RMC, General (ret’d) Lawson is a fantastic course of knowledge on being a great leader. He even gave us advice on bar positions here at the College and intrigued us with anecdotes from his time at RMC and his experiences through his 40 years in the military.” A Question period followed the lecture which helped to ensure that the wisdom imparted byGen (ret’d) Lawson will not soon be forgotten by the Third Year Cadets. 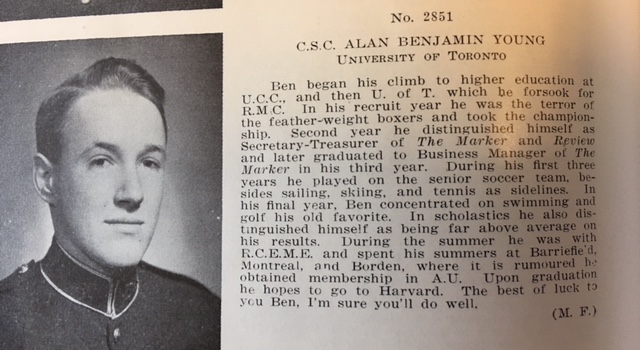