Above: Arms of the State of Connecticut 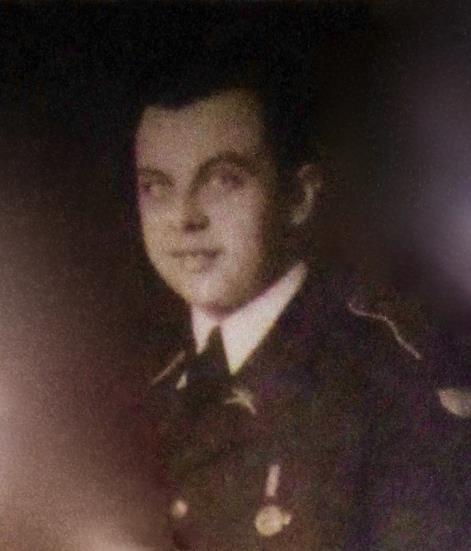 An early memory was of a gruff older uncle who spoke with a bit of a Québécois accent.  Born in Canada in 1901 while his parents were visiting family, my uncle, Napoleon J.  Berubé, grew up in Hartford, Connecticut.  Over a period of years he would be a mentor whose impact I did not fully appreciate until much later in life.

As I came to appreciate occupations in a more adult sense in the 1960s, I noted that my uncle was a senior employee of then Pratt & Whitney Aircraft in East Hartford, Connecticut.  He was part of a company unit that made precision wooden models for the design and development process and manufacture of systems and components for the famous Pratt & Whitney aircraft engines of that time.  He was living in Hartford in a neighborhood on the boundary of Trinity College not too far from the large state armory building that was almost adjacent to the state capital building.  He was connected to Hartford’s Québécois Community and educated his two children at the French Catholic school.  The family spoke native North American French as well as English.

He owned a spacious town home on a quiet tree lined street.  His home was very nicely furnished with a beautiful grand piano in the front room.

He was a known artisan in his separate private business and was in high demand up and down the East Coast for his antique furniture restoration skills, reproduction work and detail work for contractors—as an example, he did all the decorative wood turnings in the common areas of a prominent 1960s Era Central Hartford City hotel, an establishment all driving north and south on Interstate 84 were familiar with.   He had a full shop in place in the house’s basement—almost an English basement configuration opening with a door and windows onto the backyard.

But what always stuck in my memory was the almost “regimental” large two story front stairway entrance foyer to his home.  A longstanding member of the Hartford Rifle Club, the walls were resplendent with hundreds of medals, trophies and banners.  They were the recognition of countless local, regional and national rifle and pistol marksmanship championships won over a shooting career that spanned perhaps at the time over 30 years from his first days with his National Guard unit on the Regular Army rifle ranges at Fort Devens, Massachusetts.

His extensive weapons collection was integrated with the awards.  Tastefully arranged and appointed, the foyer was like an ancient regimental trophy hall.

The foyer made an impression.  It was laid out for maximum effect.  I always enjoyed studying the display when my family visited.

Some of the awards recognized my uncle’s World War II service as a weapons proofing expert at Colt Firearms for its various defense contracts.  By the time World War II occurred, my uncle’s age and having two young children precluded his active service.

At the time of my first memories of my uncle just before and during the Korean War, a relation who was also my godfather, my uncle’s daughter was still living with her parents as a teenager.  Her older brother was on active duty with the newly formed Air Force.  This aspect lent a further element to my uncle’s presence—military service being something common to both sides of my family.  Someone in our extended family, in addition to those who had served, was always, as they remain today, on active service with the armed forces and away from home.   Almost all of the men back two generations had served in the armed forces.

My uncle’s family met the profile later reinforced by his son-in-law who would serve in the Army as would his son-in-law’s brother a Army Corps of Engineers officer.  My uncle was a family man but service was a virtue he supported and promoted.

Again, Uncle Paul was perhaps a some-times gruff fellow.  Not tall at five foot six or seven inches, he had lost some height with age.  But he was someone that people did not dismiss.  He did not suffer fools easily.  Prominent in his own right, he was a busy man and his time was worth money.  But there was another side to the old guardsman.

He loved weapons and the art of marksmanship.  After all, he was a demonstrated and recognized expert marksman.  And he loved and appreciated skilled work.  And it was these aspects of his personality that I picked up on and in ways applied—quality work was its own indication of worth and excellence.   And the soldierly virtue of a skilled marksman was something to be promoted.

At the earlier time, I did not know of my uncle’s prominence or wide reputation in these several areas.  As the years passed I became more aware and it put context to what he imparted when we interfaced.

At one point when my family had returned to Connecticut for a brief time after my father’s assignment to Fort Knox, Kentucky and following deployment to Viet Nam,  for birthday presents my uncle  presented my brother and me with Arisaka Type 38 Japanese Imperial Army rifles—for safety he’d filed off the bolt faces and firing pins.  As well, he lent us a Springfield Model 1876 trap door cavalry carbine less the hammer.

Regarding the rifles and the carbine, we were the only kids in the neighborhood at the time running around playing soldier with the real deal—demilitarized of course.  Even in those days, such “play” equipment could draw attention.  The still mostly farm field, pasture and wood stand environment surrounding our residence fortunately kept us and playmates pretty much out of the public eye, though once in awhile the weapons did draw attention and led to comment from neighboring people. But at the time, most neighbors were veterans and when made aware the weapons were demilitarized inquiry ended.

My family’s return to Connecticut period was interrupted with a relocation to Navy Quarters near Hingham, Massachusetts Naval Ammunition Depot for a short period of a year and a half with an equally short return period to Connecticut before re-stationing to Germany. The two sojourns in Connecticut did allow further personal interface with my uncle.

Always in the background about my uncle was his long career with what is today the 1st Company of the Connecticut Governor’s Foot Guard, an organization stretching back to 1771.   General Benedict Arnold of the Continental Army had been a captain commanding the company as the Revolution approached.  Along with the state National Guard it was a unit of the Connecticut State Defense Forces and under the State of Connecticut’s Military Department.  It’s mission for governor security and active operations was real in earlier periods but has become in current times primarily ceremonial though it does in a severe emergency, such as riot control or natural disaster situations,  retain an augmenting mission to the National Guard. 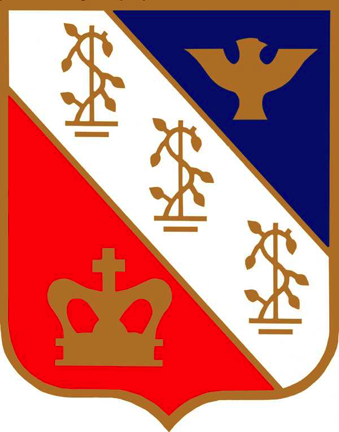 My uncle was also a member of the Putnam Phalanx, another very old and prominent volunteer military organization in the state obtaining the rank of captain in the organization.  Through his long career in both organizations he had risen to captain and had obtained some prominence in both organizations.  It was through his good offices in this respect that my mother and father’s wedding reception soon after World War II was held in the historic and prestigious Foot Guards Armory in Hartford.

This Foot Guards association of my uncle’s was never over done but always in the background.  In this respect my uncle wasn’t a talker for the most part though at a social gathering with beverages he could become more loquacious.

Years later given these earlier careers of my Uncle Paul and in keeping with his intent of his influence through the years, he would make a point of attending my graduation from the United States Military Academy in 1970. It meant a lot to him that a member of the family was continuing to pursue a military career.  Twenty years later, his family would invite me to present a eulogy at his funeral.  It was a great honor to remember and bid farewell to my godfather and uncle and in a sense thank him for his personal contribution to me in pointing the way. 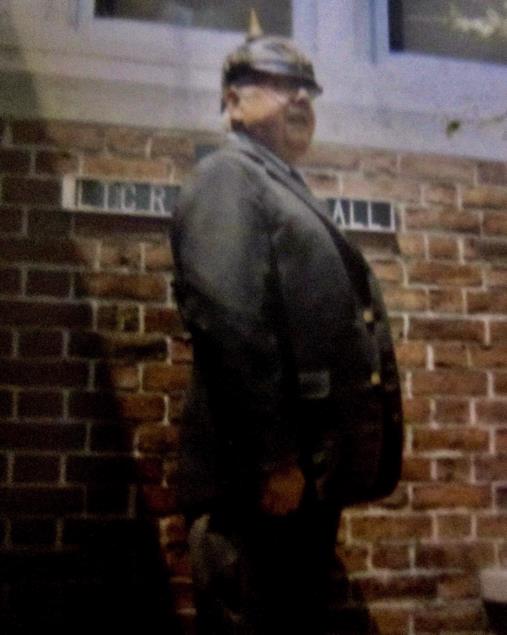 Leadership wise my uncle operated in the mentoring role.  His love of marksmanship made a deep impression and though I did not compete I always qualified expert on any weapons I was required to qualify with in the Army and I retain an interest in marksmanship to this day.  I enjoy marksmanship.

Like my uncle I also acquired an interest in and liking for the military tradition.  His sense of respect and reverence for the military service was transferred.  His son would also serve in the pre-Korean War National Guard, an Army Guard unit, the active newly formed Air Force, then the Connecticut Air National Guard.  This commitment to service apparently ran deeply in his family, he having two brothers who were Catholic priests and two sisters who were nuns.

As well, his focus on precision and quality also transferred as factors to consider in conduct.  In his way, he was an artist who enjoyed form and could create it in his work—a gift and ability he was noted for in his lifetime.

In the formation of my sense of leadership, my Uncle Napoleon J. Berubé was a significant contributor, one who I remember to this day.  He was a citizen soldier of the old Québécois variety, something I appreciate today as I reflect on his contribution.

Many soldiers we served with in our careers reflected similar influences and traditions of mentoring leadership from family and community members.   These “leaders” in their way “led” by example in such way that many of us have been inspired to follow their lead by serving ourselves. 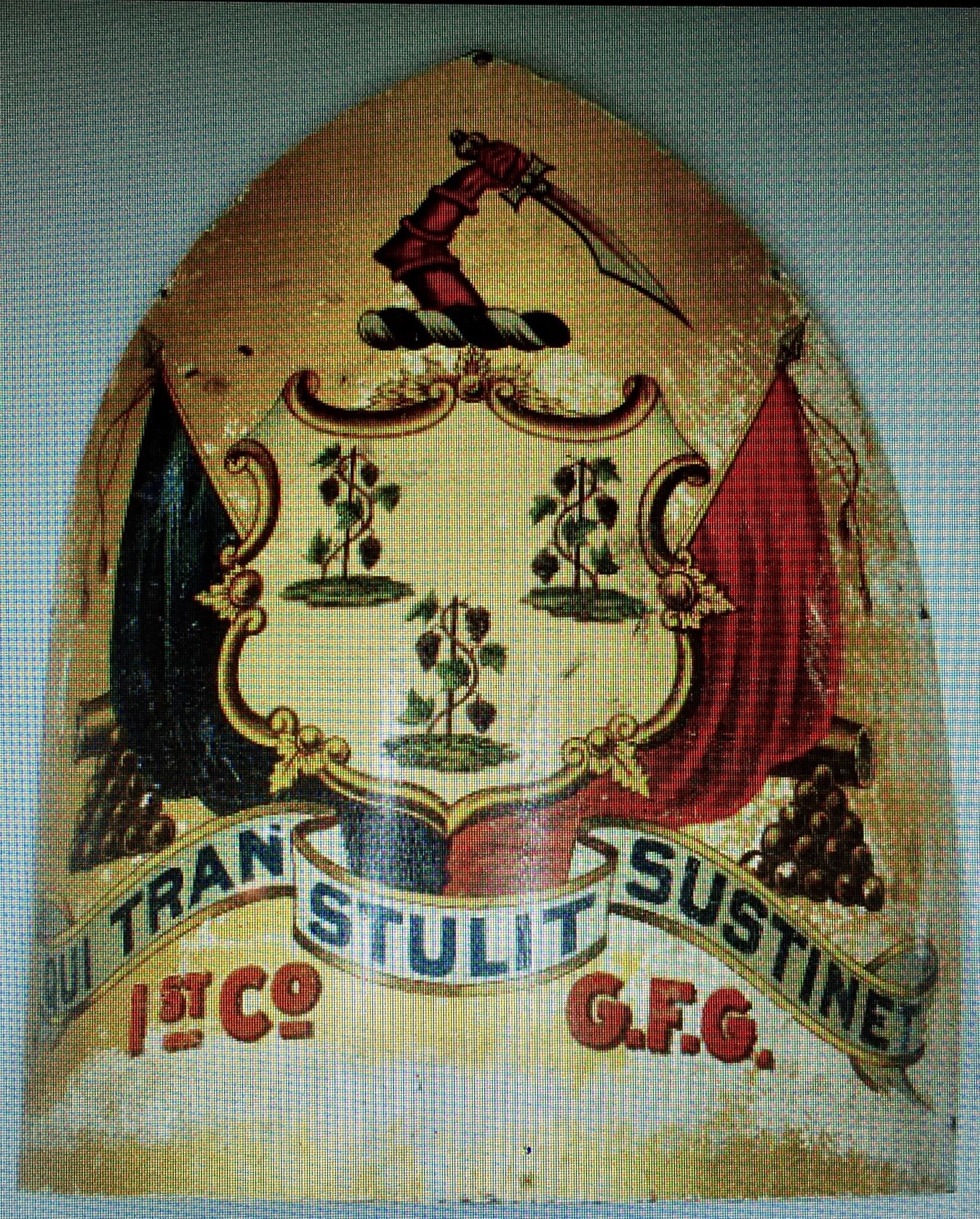 As we extend into tomorrow it is important to reflect on the affect and influence of this form of mentoring leadership.  In many ways it is likely one of the most powerful influencers for coming generations in their consideration of a decision to accept service and in service to demonstrate effective leadership at every level.   As did my uncle Paul, we may ourselves be engaged in the vital role of affective mentoring that is influencing potential new leaders to seek the path that will develop them into effective military leaders of tomorrow. 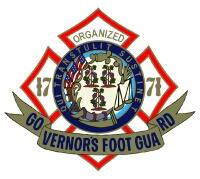