A Leader Remembered—Company A, 1st Battalion, 3rd Regiment, U. S. Corps of Cadets 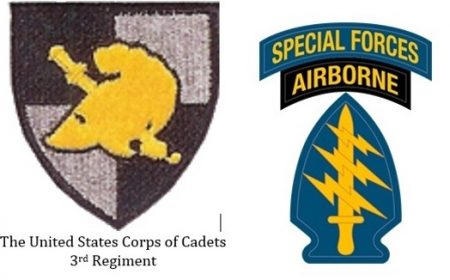 It was the beginning of September and the new Company A, 1st Battalion, 3rd Regiment, U. S. Corps of Cadets (USCC) 3rd Class, or second year cadets, had returned from their month of summer leave.  They, were busy removing uniforms, clothing and equipment from footlockers and storage boxes in the company storage room. The room was under their five story barrack in New South Barracks.  They were hauling the gear up to their newly assigned rooms in the barrack that occupied the west side of New South. 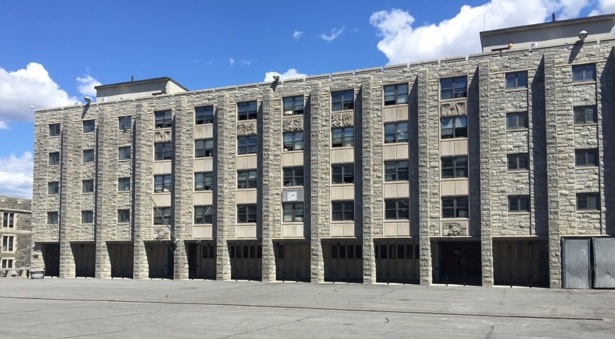 The barrack overlooked the Hudson River and parking lot adjacent to Grant Hall.  Grant Hall was the building cadet visitors were required to register at on arrival at the Academy.   They would engage the Grant Hall duty officer at his station, a desk near the main entrance, who then notified cadets being visited with a call to their company orderly rooms that their visitors had arrived.  Most of the weekend visitors were well dressed young women–cadet dates. On weekends, the view over the parking lot was superior to the view of the opposite side of the regimental parade and the companion barrack.

The 3rd Class or “Yearlings,” as they were styled in Corps of Cadets’ parlance, had survived the tough 4th Class or “Plebe” year.  The Academy being primarily an engineering program at the time this was no mean academic accomplishment, especially with the added “assistance” toward military perfection by the upper classmen.  Additionally, they had completed two months of demanding summer all arms training that included deployments to Ft. Benning, Georgia, Ft. Knox, Kentucky, Ft. Sill, Oklahoma, Ft. Bliss, Texas, Ft. Belvoir, Virginia and Ft. Monmouth, New Jersey.   They had just received their duty  and room assignments for the first cadet chain of command detail of the coming academic year.

To note: as cadet privates, the 3rd Classmen had no leadership roles within the cadet chain of command. In those times cadet corporalcies were assigned to selected  2nd Class cadets and sergeantcies, lieutenantcies and captaincies to 1st Class cadets.  All 4th and 3rd Class cadets, almost two thirds of the 2nd Class and a number of 1st Class cadets, the latter having been reduced in rank as part of a disciplinary proceeding, were also cadet privates.  The cadet corporals were the squad leaders.  The 1st Class cadet officers and non-commissioned officers (NCOs) were the platoon leaders, company commanders, battalion commanders and staff officers, regimental commanders (four regiments) and staff officers, and brigade command and staff.  The non-commissioned officers were the staff NCOs.  But all upper classmen, private to most senior captain, had duties and responsibilities relating to the 4th Class developmental system.  This latter fact informed much of the interest the Company A returning 3rd Classmen would have in the company’s new 4th Classman.

The company had bid farewell to the graduating 1st Class on its graduation the preceding June and now accepted its draft infusion of new 4th Class cadets from Company A’s feeder new cadet company, 5th New Cadet Company, though a few 4th Classmen came from other new cadet companies.

The “buzz” had already been going the rounds.  Two of Company A’s new 4th Class cadets were Army junior officers who had resigned their commissions to enter the academy.  Though it was fairly common for soldiers to enter the academy, usually a respectable number in every class, some with senior enlisted rank and up to four years of service, ex-officers were less common, especially given normal age situations relative to regulations.  But it was 1967 and a war footing animated the situation.  Though ex-officers were certainly not as common a situation as enlisted soldiers, they were not unprecedented.  This was especially the case after World War II when an Army of the United States temporary rank Army Air Force lieutenant colonel  was known to have entered the Academy.

Of course the company’s yearlings were quick to scout out the two new additions of such fame in the company’s assembly for its first formation of the new academic year.  Both were Officer Candidate School graduates.  One had been a Signal Corps 2nd lieutenant with a short period of commissioned service.  The other ex-officer was another story entirely.

Cadet 4th Classman Jerald “Jerry” Lee Thompson stood in ranks with, as was the case with all of his classmates, his chin prominently pulled back in the 4th Class “brace” position.  On his cadet dress gray blouse were displayed the Combat Infantryman’s Badge and three rows of ribbons that started with the Silver Star Medal for valor.  Jerry had resigned his commission a few weeks prior to his expected promotion to Army captain to accept his appointment to the Academy. 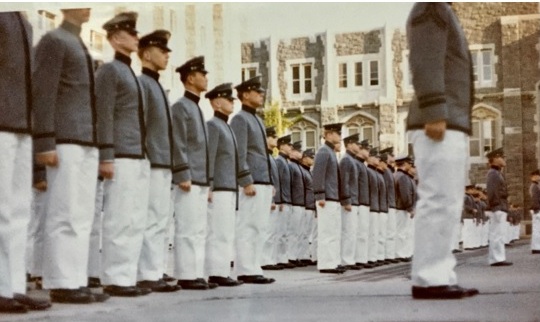 The son of a naval officer, Jerry had participated in and completed the Junior Reserve Officer Training Corps program in his California high school attaining high cadet rank.   He enlisted in the Army soon after high school graduation. He served at Ft. Sill, Oklahoma, Ft. Dix, New Jersey, commissioned through the Officer Candidate School and served with the 1st Infantry Division in combat in Viet Nam. He entered West Point at 21, a seasoned and decorated enlisted and commissioned soldier of over three years service.

The Company’s new 3rd Class were an untypically balanced crew.  They adhered to the requirements and expectations of the cadet system but they were not a group that chose to adopt other than what they considered “appropriate” measures—meaning that their enthusiasm for applying the systems at their disposal for developing junior cadets took a remarkably mature and principled approach for young men of their age.  And in the case of an underclassman ex-infantry officer… practically a captain, who had done all that they were training to do in his initial service before arriving at the Academy and had clearly succeeded at doing so, to a man the Company’s 3rd Class, without a word, understood the situation.  They acted accordingly.  In fact, over time, many would gain a valuable lesson or two from Cadet Thompson.

They would not treat Jerry in a special way but they would respect this proven soldier and leader—an exemplar of the profession they pursued.  They would not diminish themselves by any other than professional application of the systems and duties.  The good news that quickly became apparent as the 3rd Class came to know Cadet Thompson, he asked no special treatment and he followed the rules and displayed expected behavior to perfection.  But Jerry was human and had a moment or two where that humanity flashed–which only cemented the respect all felt for him.  Again, he was human.

Over the three years I had the privilege of knowing this exemplary soldier, I came to greatly respect his abilities as a soldier and a leader.  He asked no favors, did his part of the work and more, set the example and clearly did anything he asked of anyone else.  He always had time for a comrade and was ready to assist and did.  He kept his temper and cool, even in the toughest situations.  In many ways, he was during those years a company mate that was the exemplar of the company–the entire company was proud of  him. 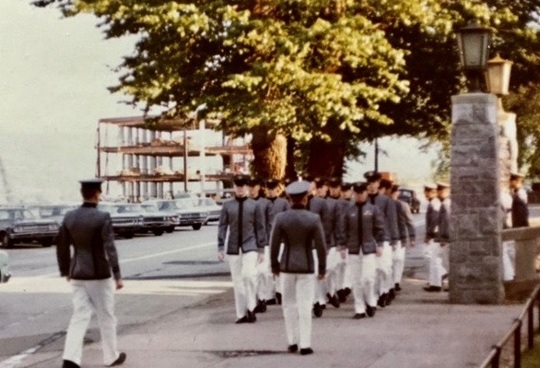 Company A during evening parade to the Mess Hall for supper

The tactical staff held him in equally high regard and his assigned leadership roles reflected the high standing he held among both tactical staff and fellow cadets.

Perhaps my most important take away from this outstanding soldier at the time was that not only had he demonstrated leadership ability of the highest order before coming to the academy, but he was a soldier who knew how to follow when in a subordinate role.  As well, he was always ready to assume the leader responsibility when necessary.  In his character existed that critical ability to understand the importance of and apply the necessary skills and abilities required of both roles. 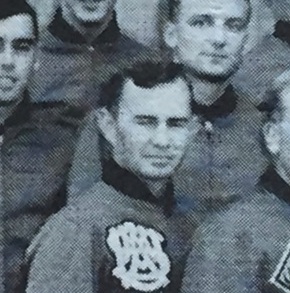 Cadet 2nd Classman Jerald L. Thompson – Company A, 3rd Regiment, USCC stands with his classmates in the company for a photo in 1970.

Jerry commissioned back into the infantry on graduation ultimately pursuing a very successful Special Forces career.  He was advanced expeditiously given his prior commissioned service and performance and he commanded with great success at every level from lieutenant to colonel.  I did not have the privilege of serving with him over those years but did follow his career.  He did very well and was well respected.  By the early ‘90s I expected I would soon see his name on the list for promotion to general officer.

Then, on 14 April 1994 two Blackhawk helicopters, Eagle 1 and Eagle 2, took off from Diyarbakir, Turkey.  Sadly, a by-product of the difficult sanction situation that existed after the first Iraq War, the aircraft were later mistakenly shot down by U. S. F-15 fighters that thought they were encountering Iraqi Hind helicopters.

Colonel Jerald L. Thompson, outgoing U. S.  Commander of  Provide Comfort, a U. S./Turkish command, had organized a “handoff” orientation flight for his U. S. replacement.   He arranged the flight of two Blackhawks and 26 British, French, Kurdish, U. S., and Turkish personnel to tour several locations in the command’s area of responsibility starting with Irbil, Iraq.

All on board the two UH-60s were killed.  When the list of those killed was released I was stunned to see one Colonel Jerald L. Thompson listed.  He left a wife, daughter, son, and other family.  He also left a family of fellow soldiers and West Point company mates of Company A, 3rd Regiment, USCC who will always remember him as one of the best leaders they had ever known.

From experience and reputation Colonel Jerry Thompson was a leader of rare ability.  An outstanding commander at every level, highly decorated for valor in combat and merit in service, he was destined by all accounts to be selected and advanced to general officer.  His presence and often unassuming humility set a tone and established an atmosphere that inspired those around him to do what needed to be done and more.  He was a master at team development not caring who got the credit for a job well done and he applied the leader art with balance and exceptional effectiveness—he was a mature leader who led by example.

To all aspiring leaders I suggest taking a page out of Colonel Jerry Lee Thompson’s book.  He is a leader to emulate.

How old is the Commandant’s Residence? & other surprises