“… a significant number of graduates of the Royal Military College and the five U.S. service academies, the Citadel, Norwich University, the Virginia Military Institute and other military leader producing programs have been “children” of the Carignan-Salieres Regiment.” 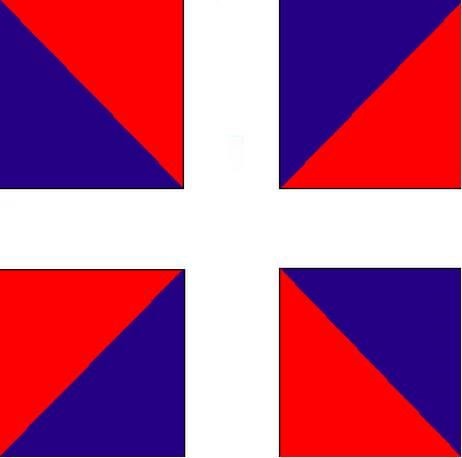 The vignette that follows is not a comment either way to idealize the contribution of a particular corps or society, in this case the Régiment de Carignan-Salières.  There are other corps in 17th Century and 18th century North America that likely have had a similar influence through the generations.  Two that come to mind are the Presidial Troops of Nuevo España and the Royal American Regiment.  There are others.

And this legacy has transcended any specific cultural boundaries as thousands of the regiment’s modern progeny are English speakers in the United States for instance.  Though many of these retain the ancient French family names of their ancestors or the soldier normalized noms de guerre that became a family name when the soldier completed regimental service and established a family in North America, many do not, the author being one.

We now exist in our age circa 2018 with all of its challenges and dilemmas for the leader, especially the military leader.  But as always, and despite the challenges, there are opportunities. For those of us who trace some part of our North American origin to the efforts of the French crown to establish its presence in North America in the 17th Century, there appears to be an example of leadership and its legacy to consider in this light of today’s leadership challenges.

From a certain perspective an initiative of the then King of France, Louis XIV, in 1665 had far reaching leadership legacy impact throughout the North American experience dating from before, during, and after the deployment of a regiment by the French king to address a major crisis.  A threat had developed to sustaining the toehold of French settlement in North America that had been carved out in Quebec. The dire threat emerged in form of a major effort by the Iroquois Confederation that among other objectives intended to destroy this French enclave and its growing impact on the trade in fur pelts in what is now Canada.  The legacy of the King’s leadership and that exhibited by this regiment persists to this day in form of officers and non-commissioned officers (NCOs) of the Canadian and U.S. Armies who descend from the soldiers, NCOs and officers of the regiment.

The extended legacy in time and to two following military establishments that formed in North America in the two centuries that followed the regiment’s return to France in 1668 is significant.  Through enticements by Louis XIV, some 450 officers, NCOs and soldiers of the regiment opted to remain in New France, augmenting the some 3,000 colonists already in the territory.  The French crown’s purpose was to expand the French population. “Fille du Roi,” “daughters of the king,” would follow the soldiers choosing to remain to provide wives and mothers for future generations. As well, the security of the colony in this continuing early phase would be greatly enhanced by these trained men-at-arms.

The unsaid legacy from a leadership standpoint is that the soldiers and their descendants for generations would provide many of the officers and NCOs of New France’s Compagnies franches de la marine and militia and later the United States and the Confederate States of America, British colonial, and Canadian militia and standing military units forward to the current day.  The “children” of this regiment would serve in ever growing numbers in the military establishments of these governments serving as NCOs, junior officers, field grade officers and many rising to general officer in the various establishments.

Interestingly regarding France, even though separated from Metropolitan France at the end of the Seven Years War by the Treaties of Hubertusburg and Paris in February 1763, many “children” descendants of the Carignan-Salieres Regiment would return to France in the 1914-18 and 1939-45 Wars as Canadian and U.S. Army soldiers, NCOs and officers and airmen to defend or restore France.  Many would give their lives in these efforts forever buried in French soil.

Though King Louis may not have imagined such a legacy, the thousands of officers and NCO leaders of the Canadian and U.S. Army units that led their units into combat successfully against France’s foe Germany in these wars, was a time capsule of leader legacy that honored the ancient homeland and the mother regiment by defending and restoring France.  This alone is a remarkable leadership legacy of the ancient regiment.

But more intriguing from a leadership standpoint, why would so many of this particular regiment’s offspring generations later choose to seek service in harms way and aspire or rise to be leading soldiers of these two armies, the Canadian and U.S, in these wars and the wars since?  Though it might be a stretch and very problematic to identify all of them, the numbers are likely well into the tens of thousands—this observation underscored by a single fact.  Hardly a person in North America today who traces from early settlers in New France does not descend from one or more soldiers of the Carignan-Salieres Regiment.

To make the point, one only has to do a cursory review of the surnames of alumni of the Royal Military College and U.S. service academies to come across hundreds of surnames that may be traced to the regiment, Bolduc being one such name (Soldier Louis Bolduc son of Paris Apothecary Pierre Bolduc). This of course does not capture hundreds of others with other surnames that nevertheless descend from the soldiers of the Carignan-Salieres Regiment.

From the above, one is caused to ask, what beyond circumstance causes such an orientation to serve and lead, generation after generation…especially into combat?  The question seems to find a form of answer in the larger situations of the times and the proclivity of the descendants to serve the colors.  From Louis Bolduc’s service in the regiment to such as Fortunat Bolduc and his stepfather Augustin Gagné, also of Bolduc descent, who served in the 4th Maine Light Battery during the U.S. Civil War to Major General Lucien Bolduc who retired in the U.S. Army in the 1980s, his father Colonel Lucien Bolduc Senior who retired from the Army in the early 1950s and most recently Brigadier General Donald Bolduc who retired from U.S. Army in 2017, a continuous thread of service exists from soldier Louis Bolduc in 1668 to the present. And this is only a small token of the Bolducs that have served in the U.S. and Canadian armed forces.  It only scratches the surface of Bolduc presence in the senior ranks of the Canadian and U.S. Armies.  And it must be noted that many other descendants have risen to prominence in civil government and private industry roles.

The full answer to the above question for many reasons may have to remain rhetorical.   The numbers of descendants of what has sometimes been characterized as the “Good Regiment” who have assumed the mantle of leadership may simply be a result of random factors that may have little relationship in indicating a causal connection with the original 450 soldiers, NCOs and officers who remained in New France in 1668 and later.   Suffice it to say that as previously noted, a significant number of graduates of the Royal Military College and the five U.S. service academies, the Citadel, Norwich University, the Virginia Military Institute and other military leader producing programs have been “children” of the Carignan-Salieres Regiment.

To a degree as noted this is possibly only happenstance and circumstantial result, but there may be more to it, i.e., the very traits of individuals who aspire to such service and what the individuals genetically and in life example pass on to the following generation.   In an unscientific observation, something was present in the regiment and its progeny that is continuing to provide essential leadership to military formation of Canada and the United States today.

Being one of the descendants of this body of 450 soldiers there is a strange tendency of family to seek service in fairly large numbers and most achieving NCO and officer leadership roles.  Just a cursory examination of personal family information from the U.S. Civil War forward shows some 38 known descendants who have served in the Canadian and U.S. Armed Forces of whom some 13 served as NCOs and 13 as officers.  The only common factor in this apparent phenomenon that seems to operate is some sense of the family story extending from the regiment.  Yet this factor at best seems weak in its deliberate effect, i.e., most who entered service did not start out with a military career in mind, though as a background influence the  effect of the old family stories told to children of following generations seems stronger than one might think.

Personally, that I am currently aware from available information, I descend from  thirteen soldiers and an officer of the Carignan-Salieres Regiment.  This is common to much of the Canadian/U. S. diaspora just referred to.    There may be other regimental ancestors I have not identified.  As well,  there were following Quebec militia officers during the French period in these lines up to the Seven Years War.

As a possibly relevant inference and leadership takeaway, the initiative of the French King Louis the XIVth in 1665 had effects on leadership structures, systems and corps for the next 358 years to the present.  The effects were most notably in form of the regiment’s descendants…those who descend from the 450 soldiers and officers who remained in New France and the impact and effect of those descendants who, generation after generation, sought and achieved leadership roles, particularly in military formations, government and corporate leadership.

In the above sense, those of us privileged to exercise leadership in units of the various military services and especially as commanders and instructors or professors in the leadership schools and colleges, would do well to reflect on the profound effect a single organization may have through generations for several centuries in this case.  We would be wise to personally account for our performance as leaders by reminding ourselves of the long term effects of our individual and collective leadership on those who will assume leadership roles from us.

The leadership legacy of Louis the XIVth’s Carignan-Salieres Regiment of 1665 in North America remains with us today.  It is a long lived legacy that is echoing down through the centuries now over 350 years later.