The new region director was taking stock of the recently organized Central Region of the Virginia Department of Labor and Industry.  His successor had only served in the role for some three months before accepting a position in private industry.  The region had been under an acting director, the department’s Director of Legal Services (a modified title) for the several months of the recruit process for the new director.  The region was one of five organized in the department at the beginning of the recently elected state administration.

For the moment the region occupied temporary state offices in the converted shed of the Richmond, Virginia Main Street Railroad Station.  The facility was temporarily assigned to the Virginia Department of Health pending full asbestos abatement of the department’s permanent office building.  The region was in effect a tenant of the Department of Health.

The overriding concept of the recently elected state administration was to connect state government and its processes more closely with the localities and citizens.  As well, the idea extended to achieving synergy with available resources where possible obtaining efficiencies, greater results from scarce resources, and integrating program effort.

The department was responsible for the state’s occupational safety and health compliance and voluntary compliance, state labor law (as distinct from federal labor law), registered voluntary apprenticeship, boiler and pressure vessel compliance and several lesser areas of program activity.  The bulk of the agency’s effort and fiscal resources were focused on the occupational safety and health effort across the huge geographic expanse of Virginia with its 9M population positioned along the Central Atlantic U.S. coastline.

The state was one of the states that on implementation of the federal law overseeing occupational safety and health chose to conduct its own state level program of enforcement of standards in the workplace and generating voluntary programs of self-compliance by employers to meet established standards.  Some half of the U.S. states and territories had opted to establish their own programs.

Nevertheless, 50% of the funding for the enforcement or compliance arm of the program, the lion’s share of the fiscal program investment, was provided by a federal performance grant   As such, the state program was audited annually by the Federal Department of Labor’s Occupational Safety and Health Administration (OSHA) for compliance with all grant standards of performance.

The voluntary program received some 80% of its funding from the federal grant creating a standing dilemma whereby the compliance and voluntary compliance as similar as they were with staff and support needs, were separated by an internal agency programmatic wall.  Its purpose was to assure that untoward exchange of information regarding clients for the voluntary program services did not have their information compromised to the compliance arm such that a compliance inspection with its potential citations for violations could occur.  Though such referral was rare to non-existent, it was a perceived possibility and one that was often used by private sector consultants to turn potential clients away from the free resources of the voluntary program, the latter highly beneficial to smaller employers.

All of these programs had field offices spread throughout the state in rough groupings of what had been reorganized as the new regions.  They operated with a “stove piped” reporting authority to a Richmond program director.  Each operation functioned as a separate entity in its assigned field area with agency logistic and administrative support provided by small, again separate elements that reported also to a Richmond director.  No one was assigned at a senior level locally to coordinate the integrated operation of the agency at that level.

The various programs tended to know little of what the other local units did and aggressive efforts to ensure there was a good sense across programs of any common mission were minimal and in the case of the voluntary occupational safety and health program, studiously avoided.

It was this fragmented approach with its impact on effective local state government service and responsiveness to the public that the new state administration was seeking to change with the organization of the regions.  But, a rapid reorganization of a complex arrangement of not necessarily closely related programs that had developed and operated separately for some time could be expected to face difficulties and resistance, no matter how logical the purpose.

This difficulty especially could be expected when the roles of the six senior program directors in the headquarters became subject to significant modification.  The pulling of five FTE (full time equivalent) positions from across the agency to put in place five new field directors was not supported by the old line directors.  These directors under whom all field units would be organized and whose internal authority and power was designed to transcend the senior program directors regarding local decision within policy parameters, assured a contested reorganization process.   This “assurance” gave way to reality in the months following the official reorganization and would continue for years.

When the new region director signed on and worked through his orientation process and began operating…it was clear that a “soft” mutiny was in progress made very clear to him when he received his orientation briefing from one of the program directors.  That director stated his opposition to the reorganization and his intent to do all possible to defeat it.

Nevertheless, the mission enhancement potential of the reorganization and senior agency leadership’s commitment to completing a successful reorganization remained.  With enough professional support from the existing staff and the new region directors and their region staffs, the reorganization went forward effectively overtime, greatly improving operational effectiveness and productivity.

The new region director with such a significant leadership challenge ahead was, in form of the reorganized field staff, fortunate in his second ranking staff member of the 28 staff then assigned to the region.  The region’s new Occupational Safety and Health Compliance Manager was the seasoned area office compliance manager of the preceding organization.  He had a long career in the private sector insurance investigator field before entering state service and an already long career with the state as a safety compliance officer and then safety compliance manager.  He knew the business.

As well the new region compliance manager was a mature man of much life experience.  A Maine Maritime Academy graduate he had served in his early career after graduation as a commissioned surface naval officer bringing that additional aspect of experience to his repertoire of capabilities.  He had raised a family.  He had survived cancer.  He could be counted on when the chips were down.

But most significantly…the new compliance manager was a loyal subordinate leader.  He was a solid Maine man whose word was his bond, Almost immediately the new region director and compliance manager established an effective leadership team relationship.  It would serve the region well through the rocky early period of the reorganization.

It must be noted that the nature of the new region’s operations were such that internal politics and maneuvering by factions was a least concern.  With a 34 county and municipality jurisdiction for enforcement of a critical area of Virginia law, the region presided over as many as 700-900 inspections, effectively audits, of private and public sector organizations that employed people under the laws of the Commonwealth.  These “audits” frequently resulted in issued citations many of which were contested and required settlement, typically resolved administratively through the region’s “magisterial” function.   A percentage of cases each fiscal year could not be resolved administratively and were adjudicated through the court.

The above function engaged everything from small “mom and pop” organizations on the one hand all the way to large international corporations on the other, with the latter typically employing counsel to resolve cases.   Some cases were of high area, regional, or national visibility, especially those involving fatalities or other work place catastrophes.  The developments placed the region director and other staff in the media’s cross hairs.

This environment placed the new region director in a very sensitive position that could change dramatically from day to day with immense vulnerabilities personally and professionally if the developing situations were mishandled.  A loyal deputy that had the back of the director was critical to successful operations.  The compliance manager rapidly demonstrated this loyalty most notably in his leadership and supervision of the region’s as many as 13 compliance officers some of these officers being new staff in training.

But the compliance officer was not a yes man.  It was his nature to speak frankly on situations.  A decision he did not fully concur with might be taken that he would loyally support but if he had issues, he would present them prior to decision.

As might be expected in such an environment internally and externally not all operations went in a smooth flow without issues.  Challenges and issues were frequent in the early stages of the new organization.  But operations and organizational cohesion toward mission accomplishment made solid progress.  Along with proper development and consideration of staff that engendered staff loyalty and mission focus, the new region rapidly developed into an effective region organization.  The region was soon the leading region of the five organized at the time on performance metrics.

This success in region staff effectiveness and commitment to mission and loyal support of leadership was very much a result that derived from the compliance manager’s approach to operating as a subordinate leader.  Under the circumstances he was perhaps one of the most effective leaders in such a role that the region director had encountered in an already long Army and public civil service career of 33 years at the time.  Compliance Manager Richard C. “Dick” Angell  was an exemplar of what such leadership should be.  He was a credit to his alma mater, the Maine Maritime Academy and the military service officer corps.  He was a service leader whose commitment to the mission saved many lives and prevented many injuries. 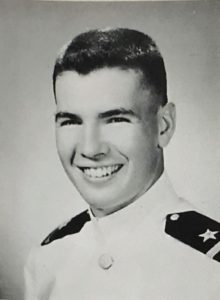 The ex-naval officer would retire from state service several years after the new director assumed duties as the region director.  He would only enjoy a few short years of retirement, his cancer that had been in remission returning and claiming him.  He had served his country well and he had been a “gold standard” subordinate leader that made possible a successful organizational transition under very difficult circumstances.