Above: The U. S. Army Infantry Center

Today the specter of military suicide is a very real concern for commanders and civil society the latter relative to its veteran and first responder populations.  We have certainly been learning more about and have become more open about the effects that battle and other related trauma may have on the human psyche, especially the soldier.  There is clearly a far greater understanding of the effects of what we now refer to as Post Traumatic Stress Disorder and the vulnerabilities of what might have been assumed to be even the strongest personality types to the effects of this and other psychological stresses such as depression.

But the possibility of a fatal effect by these forces being realized on individuals has been haunting the services for sometime.  Many military leaders learned early to be paying attention to the effects of certain situations on individual soldiers…even veteran soldiers who had never indicated issues, if certain, even non battle events occurred.  The military service even in training mode may be hazardous.  A situation may occur that results in the death of one or more soldiers in a unit.   Other soldiers in that unit will be affected.  A death in a soldier’s family may have a similar effect.

The vignette that follows recalls a difficult situation that developed in the year preceding Christmas 1976 on a major installation in the United States.  It outlines the senior leadership’s approach to addressing the situation.

The U.S. Army had withdrawn from the Vietnam War after some 25 years of involvement in the country when considering the Military Assistance Advisory Group that initially deployed to then French Indochina in 1950 to assist French forces at the time primarily equipped with U.S. military equipment.  With the defeat of the French at Dien Bien Phu in 1954 and their withdrawal from the region, the advisory group transitioned to a mission to assist the newly formed South Vietnamese Army. The mission had expanded over the next 10 years to involve the large troop deployments of the war remembered today.

The Army was now shifting gears in a major way to reorient itself and its force structure and equipment toward a major confrontation on the plains of Europe with Soviet Bloc Forces.  Accompanying initiatives to modernize equipment, tactics, techniques and procedures were in progress.  As well, major contingency situations were being addressed in planning and force alignments.

These initiatives were very much in play at Ft. Benning, Georgia and the U. S. Army’s Infantry Center.  Of the two major Forces Command formations on the post, in addition to the Infantry School Units and the Training Center units, an Engineer Brigade and a separate infantry brigade, the latter was reorganizing and equipping as a separate mechanized infantry brigade with an XVIIIth Airborne Corps contingency mission.

In addition, the post was host to the U.S. Army Infantry Board that was deeply involved with new equipment testing aligned with the equipment modernization initiatives.  It was a busy and demanding time for the units and the assigned troops, even without the direct prospect of combat operations looming on the horizon.

It was also the nation’s bicentennial year.  As a major military installation with the second largest municipality in the State of Georgia adjacent, the command was committed to celebrating the nation’s second century and welcoming in the third with a celebration worthy of the country for so signal an anniversary.  Many activities were planned, prepared for and executed on 4 July 1976. 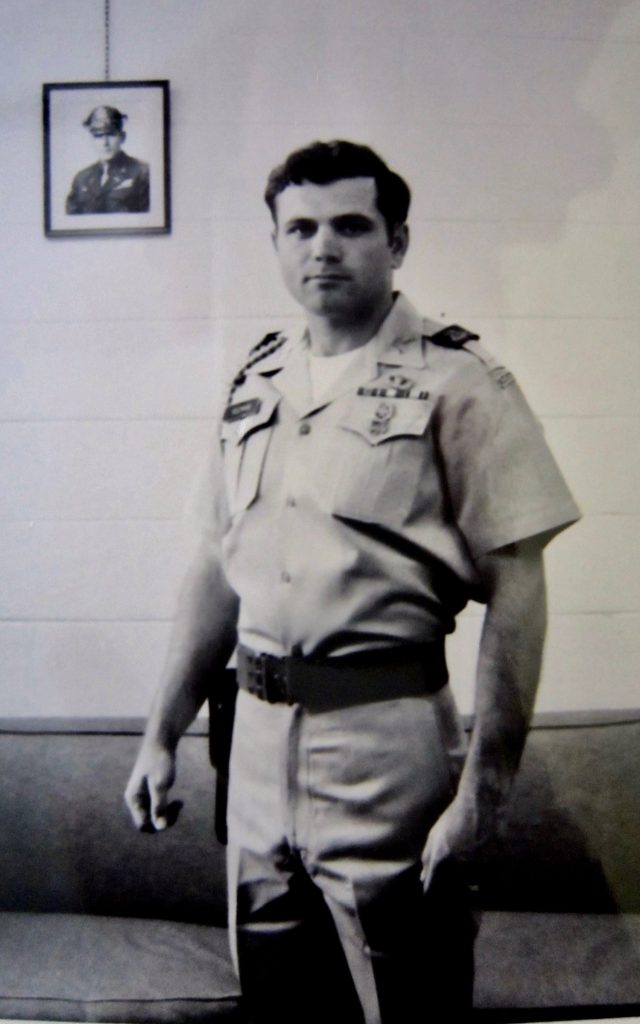 Captain T. R. Rozman in the Company A office at the Barracks at Kelley Hill, Ft. Benning, Georgia before deploying to the parade ground in front of Building 4 on main post to lead the company in the Bicentennial Parade on the 4th of July 1976.

As the whirlwind year came to a close, commanders at every level prepared to celebrate with their families.  One company commander planning ahead had, well in advance, arranged in consultation with his company executive officer (XO), second in command, the holiday split they would take.  The XO’s family would be traveling to the area and his preference was the New Years, for leave taking.

The company commander and his wife intended to introduce their daughter, born on 16 June, to their parents and other family who lived close to each other in Connecticut.  Airline tickets had been purchased at the lowest prices possible given military pay at the time.  All seemed set to relax a bit and celebrate what had proven one busy year.

As with many human experiences there were parallel occurrences to the busy, for the most part, positive events over calendar year 1976. However, some events were not so positive.  One of these developments was a growing number of soldier suicides that had been occurring over the year reaching a total of eight for the installation as the holidays approached…the highest installation soldier suicide rate across the Army for that year in a year that developed a level of suicide activity that had Department of the Army greatly concerned.

Sadly and for some reason, seven of the suicides had occurred in a single combat infantry battalion in the single Forces Command maneuver brigade on the installation.  The company commander, though commanding in another battalion of the brigade, had been assigned to the affected battalion for some 18 months about 18 months earlier.  Given the personnel realities of the times, two thirds of the battalion’s strength would have turned over in this time frame.

While there were some traits of leader behavior that the commander had experienced while assigned to the battalion that he found concerning, the battalion had been proficient with generally effective leadership during his time assigned.  His sense, absent an official statement otherwise of the situation, was  from the distance of another battalion in the brigade, that the development was an untoward concentration of suicides not necessarily a result of leadership or any other issues in the unit.

Regardless, the determination on Christmas eve by the installation commander, the major general commanding the Infantry Center, was to order all commanders to be in their quarters on Christmas Eve to be responsive to their soldiers if one needed support. 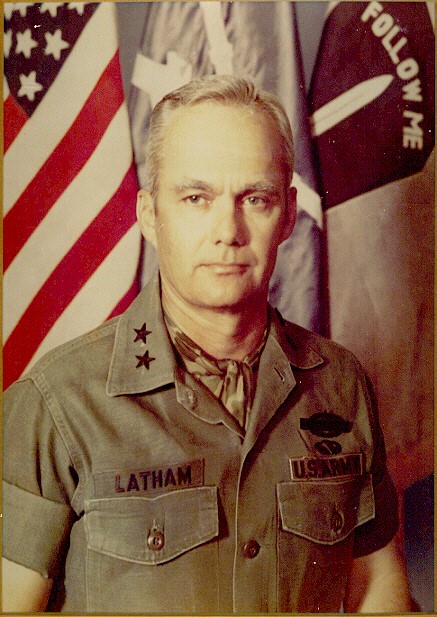 A major predicate for this action was that for young soldiers without families or families they could not be with on the holiday, the commander being available to them as a “family” member might be a life saver in the situation that had developed.  Under the circumstances, no one would argue with any effort that might save a life.

The company commander promptly made alternative arrangements for the holidays.  His wife and three children, one of the children being his six month old daughter, flew to Connecticut as planned.  The captain remained responsive to his command on Christmas and Christmas Day in the company area at Kelley Hill Barracks and his quarters.  He was able to obtain an airline ticket a day following and fly to Connecticut.

In this situation, the senior leader responded quickly to a sad and alarming development and with decision, applying one of the few immediate tools in a tool box that does not always have many tools for such situations.   As it happened, over the remaining five months of the company commander’s company command tour, the suicide rate dramatically tapered off at the installation.  Whether or not the action by the commander of the installation to place all commanders in quarters on Christmas Eve made a difference, under the unique circumstances, in the opinion of the company commander, if the action saved even one soldier’s life, it was the right thing to do.

The senior leader acted with decision and used perhaps the best resource he had available in an attempt to save lives.  The company commander retained this lesson of leadership throughout his remaining military career.  He also gained a deeper sense of the psychological challenges too many soldiers face.  The tragedy that occurred on the installation that year  made a very deep impression on the captain.