Adapting—the Battalion and the Army Wife who was a Professional

The Army community was in a form of cultural transition.  Women were increasingly entering the larger and specifically professional work force.  The Women’s Army Corps had been disestablished and women introduced to the Army’s support branches.  They had entered the military academies over a decade before.

But generations old cultural norms of line Army spousal expectations continued to affect Army life in the units.  Army leadership was challenged in many ways by this significant cultural change regarding women entering the general work force and the continuation of these norms was one area of challenge. The adjustment to the working, especially the professional working, spouse of an officer in the line battalions struggled with the developing change.  Given the level of Army pay and allowances, the emergence of the working Army spouse had been not just an outgrowth of changing social norms but an economic necessity for many Army families to make ends meet.

In this environment the 1st Battalion, 35th Armor Regiment, then a battalion in the 2nd Brigade, a three tank battalion and one mechanized battalion brigade of the 1st Armored Division, was a forward deployed combat unit with a high intensity readiness mission in Germany.  The maneuver and gunnery training aligned to the unit’s go-to-war General Defense Position (GDP) mission was perhaps the most demanding in the Army at the time.  The unit was always in motion with little down time. 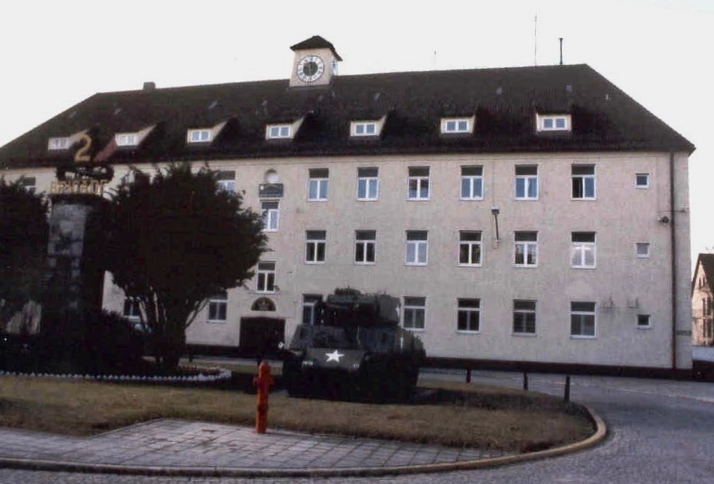 The unit’s network of spouses was an important distaff establishment to support the unit’s families when the unit was deployed from its garrison, a frequent situation, for weeks at a time. That support comprised engaging in the society of the battalion’s wives, volunteer work in the military community such as the thrift shop, chapel, department of defense schools, and during deployment periods, assisting the battalion’s families as necessary.  Occasionally in the event of an injured, mortally injured, or killed as a result of training operations married soldier, the battalion and company commander’s wives in cooperation with the command orchestrated support for the soldier’s family.  These were time-honored roles of the Army spouse at battalion level.

In the case of the 1st battalion, 35th Armor at the time, the battalion commander’s wife was a banking professional.  She had developed a parallel professional career to her husband’s.  This was not entirely unusual in the military experience.  From time to time, working professional spouses were known in the units.  Officers married to Army nurses and, on the civilian side, to teachers, were not unheard of but they were not a general occurrence.  A spouse engaged in a more mainstream private sector civilian professional area like banking was not at all a typical experience in the units.

In the brigade of four battalions, only a handful of wives above the lieutenant level were professionally engaged, one an Army nurse, a teacher and the battalion commander’s wife.  Some enlisted wives were working in some of the non-appropriated fund activities like the post-exchange as hourly employees and some wives who were of German national origin worked in the local economy.

As few as the professionally engaged wives were they were still significant and as noted the times were changing.  Junior officers were feeling some pressure from college-educated wives interested in initiating or sustaining careers.  Numbers of the younger infantry and armor lieutenants were married to lieutenants in support units in the division, fellow military academy and Reserve Officer Training Corps graduates.  The idea of the professionally engaged and working wife was an idea that was “well out of the gate.”

Yet, there was a “soft” and sometimes “overt” pressure on the military couples with a civilian professionally engaged spouse.  The “pressure” not infrequently developed when older traditional distaff roles of the battalion’s wives were modified or shared as a result of the professional spouse’s professional commitments.

For some, this pressure when encountered could come as a culture shock.  In most cases before a battalion level assignment by the battalions field grade officers, a tour of usually 2-4 years, the two majors and the lieutenant colonel had been in typically three year or longer staff non-line type positions in metropolitan locations that supported the wife’s professional employment  Usually, the staff type assignments ranged from university campuses and adjacent cities to large municipalities, locations  where the spouse had ample opportunity to develop professionally to include pursuit of advanced degrees.

Regardless, return to battalion duty in the times dramatically affected the spouse’s professional opportunities for the time of that duty. And the “traditional” expectations were that the military spouses in this circumstance would engage and dedicate themselves to the unit, its society and community and its distaff support.   Deviation from meeting this expectation, even with the changing situation as the nation made the larger cultural transition in women’s roles, could have deleterious effects on the viability of a uniformed spouses tour in the unit and future prospects.  This prospect placed a great deal of stress on the couples returning to battalion duty for the husband as a field grade officers and the spouse as employed professionals.

The battalion commander’s wife in this case, despite relocating to the garrison in Germany, remained engaged as a banking professional with a banking firm in the command area.  Initially there was a reaction by the command and some pressure was placed on the couple to adjust their situation.  The situation had the focused interest of many officers and their wives in the battalion and its parent brigade.

Especially in the above regard, many junior officers of the coming generation whose spouses had professional aspirations were assessing their futures and opportunities within the Army.  The way the battalion commander and his wife’s situation played out might well determine what their career decisions might be. This consideration would be a major factor affecting decisions to continue in service as they neared the end of their obligated period of active service.  If in the developing national culture they determined that the conditions for spousal professional opportunity were too restrictive many might choose not to continue service.  The Army would lose a significant investment too early if too many such decisions resulted.

As the situation began to play out, the battalion commander proved a highly competent and well liked officer.  However, his wife stood to her intent to remain professionally engaged.  She agreed to make every effort to support the distaff expectation of a battalion commander’s wife as much as possible around that priority.  So despite the early pressure, a somewhat testy truce resulted.  On the good side the command grudgingly tolerated the deviation absorbing some of the feedback from traditionalist elements in the community.

But the very toleration that occurred sent a signal that the culture was becoming, even if grudgingly, more supportive of spousal employment on a professional level.  This was a healthy signal to the younger officers and their spouses observing the situation as it played out.  In the event, the battalion commander and brigade commander enjoyed an excellent command relationship.  The battalion commander completed his command tour successfully and continued his military career with equal success and his wife pursued her successful career as well.

In this case in a period of cultural transition, the command element though showing aspects of resistance when confronted with a real situation in that transition, demonstrated a form of effective leadership.  Notably the senior leader accommodated the challenge of a changing situation in a manner that was for the most part positive. His accommodation allowed the situation to play out in a generally constructive direction for all parties.  It must be noted that not all similar situations occurring at the time in the command proceeded as positively.  This said, leadership, especially from the brigade commander, was regarding this in many ways significant situation, constructive concerning longer term effects on the officer community in the Brigade. 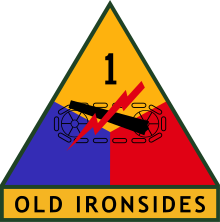