The new compliance manager reported for his first day of work in the region.  His position oversaw the operations of 13 state occupational safety and health compliance officers.  The officers operated in a 34 county and municipality jurisdiction in the state’s capital region.  The region was one of four organized in the department and generally operated with 28-29 staff that, with supporting administrative staff, functioned in four state programs that operated in the jurisdiction.  The manager reported to the region director and as the second senior supervisor in the region assumed senior leader duties in the absence of the director.

Though the new manager had not been in service with the department for much more than half a decade he had an extensive previous career that lent dimension to his technical and supervisory knowledge, skills and abilities set as well as experience base.  He had graduated from the University of Wisconsin’s Stevens Point campus and commissioned from the Reserve Officer Training Corps as a U. S. Army Transportation Corps 2nd lieutenant.

After completion of the Transportation Corps Officer Basic Course at Ft. Eustis, Virginia and subsequent Army tours in the U.S., Italy and Germany, he left active service to enter a family business of his wife’s brother, a construction contracting company.  Over several decades he worked as a project manager and business planner with the company.

While in private sector employment, the new manager had continued his commissioned military career with the organized U.S. Army Reserve.  During his Army Reserve career he transitioned to the Military Police Corps.

During his reserve officer career, Compliance Manager Dykstra completed the Advanced Officer’s Course and the Command and General Staff Officers Course.  He commanded at company and battalion. 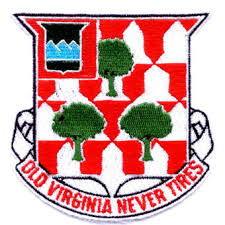 Distinctive Unit Insignia of the 2nd Battalion, 318th Infantry Regiment, the unit commanded by Army Reserve Lieutenant Colonel Stanley Dykstra in the Army Reserve. The Battalion was a unit in the 80th Training Division. 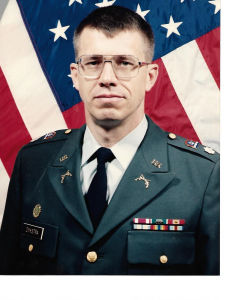 Coat of Arms 318th Infantry Regiment, the 80th Division patch appears in the upper left of the shield

Additionally, as a field grade officer he served on battalion and higher level formation staff.  Colonel Dykstra retired from the Army Reserve as a Military Police lieutenant colonel.  His reserve career required significant travel monthly, often several states distant from his residence in Virginia. Many summers required personal deployment to different headquarters and units located in states and cities as much as a thousand miles from his residence.

During the preceding competitive interview process to replace the vacant region senior compliance manager position, some of this past background developed.  But the military background specifically was only touched upon.  The focus of the interview had been as with the other candidates the candidate’s private construction experience and compliance officer experience with attention to supervisory experience background.

One interview panel member, however, within the summarized information that became available, did note the military service outline and its essential points relating to the needed position knowledge, skills and abilities requirements.  The panel member  developed some of the position relevant background during the panel interview.

Logo of the Virginia Department of Labor and Industry

The senior compliance officer presented well as a candidate.  He had achieved a high reputation departmentally as a competent, highly productive and capable officer in the coastal region.  He had an equally high reputation for loyal support of superiors, though a person who spoke forthrightly if not in agreement with a course of action, but one who supported a decision once made. The panel member did take note.

Added to the universal appeal of the candidate to the panel was the outline of military experience and schooling that did develop.  One panel member who did not have previous knowledge of the candidate’s full background, was personally knowledgeable regarding what this background offered relative to the requirements of the position to be filled.

That panel member noted the alignment with the position of the candidate’s experience with the Uniform Code of Military Justice with jurisdictional responsibilities, as a Military Police officer and as a commander.  These previous experiences paralleled those of an occupational safety and health compliance manager responsible for operations over an extensive geographic jurisdiction the inspected subjects being small private sector employers up to multi-national corporations and all levels of government organization from local to state level (the federal government retained jurisdiction over federal enclaves and maritime).

This background, combined with an extensive construction experience given that a majority of the region’s compliance inspections occurred in the construction area, further pointed to the candidate’s unique qualifications to assume the compliance manager vacancy.  The interview and hiring process continued.  The panel duly processed all results to the agency’s Human Resources office providing the collective findings and recommendations of the panel to the agency head for decision.

As it happened, the new manager’s superior, the region director, had a similar background with parallel military education and command experience as well as two different agency region level manager/director experiences.  He had also operated  in a state-wide program and project management capacity in construction project work.

In the event, the backgrounds of the two region senior leader’s aligned very well.  More noteworthy was the new manager’s approach to not only being an effective leader but an effective follower.  He well understood the importance of taking charge to accomplish a mission but accepting the legal direction of a superior and supporting that superior loyally.

Thus began a decade long partnership between two leaders.  The leadership partnership would produce a high performing and award winning operation and team in a very difficult to negotiate area.  An area that was fraught with opportunities through court actions and public and inspected party responses to become highly charged with major media attention. The successful balance of superb leadership and followership exhibited by the compliance manager along with unerringly correct judgment assured the success of the partnership.

The retired Military Police lieutenant colonel would become the region’s senior director on retirement of the director, a retired infantry lieutenant colonel.  Through the two officer’s civil sector partnering, a very successful operation had developed and sustained in a difficult area of operation one that several times came under severe periods of budgetary constraint and personnel turnover, the latter driven primarily by promotions and retirements.

This success would continue as the retired reserve lieutenant colonel assumed the senior leadership of the region.  The partnership had been an outstanding example of a superb follower/leader and servant leader demonstration.  The lieutenant colonel of military police would retire from state service two years later.   From respect for his previous direct report and colleague, the predecessor director would drive the three hours from his residence in another state to attend his successor’s retirement from Commonwealth of Virginia service.