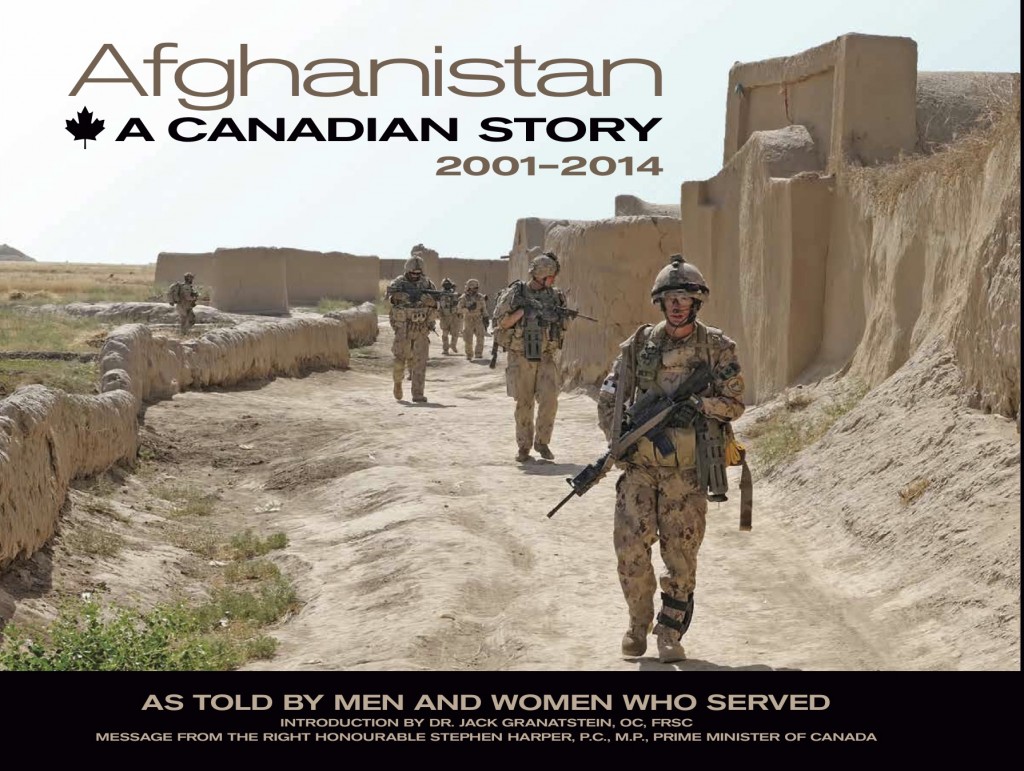 AS TOLD BY MEN AND WOMEN WHO SERVED

Afghanistan A Canadian Story 2001-2014 is a Canadian Afghan mission legacy album in coffee table book format which offers readers a chronological compilation of the personal stories and photos of some 150 men and women who served in Afghanistan from 2001 to 2014.  The anecdotes include accounts from members of the Canadian Armed Forces, the RCMP, Corrections Canada and the many civilians who participated in the mission in their capacity as Canada whole-of-government contributors.  The stories are accompanied by a brief history of Afghanistan and the roles of the Canadian mission, the various service elements and other departments of Canadian government.  Messages from Prime Minister Stephen Harper, the CDS General Tom Lawson, the service commanders, the Royal Canadian Legion and others, as well as an introduction by Jack Granatstein, compliment the album.

The project, a wholly private volunteer effort, was the initiative of a number CAF Public Affairs Officers, some of whom served in Afghanistan, and wanted to provide the valiant men and women who participated in the Afghan mission a broader venue to share their personal reminiscences with their families, colleagues and Canadians at large.

Many individuals gave of their time to make the publication of the album a reality as did the sponsors of which the principal contributor was the Power Workers Union.

Proceeds from the sale of the album will be donated to the Edmonton Military Family Resource Centre, the Boomers Legacy Foundation, the Military Families Fund, Operation Dignity St Anne de Bellevue Veterans Hospital Foundation and the Soldier On Fund.  The families of those who gave their lives during the mission will each be presented a commemorative copy.  The book will be launched in Ottawa in November 2014 as well as across the country.

The legacy album, to be released by November 2014 and priced at $50, can be purchased from Chapters Indigo.  Additional details about the project can be found at www.afghanistanacanadianstory.ca.