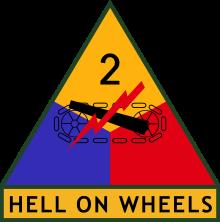 The Armored Division’s Attack—the Company Trains in The Defense

U. S. active troop unit involvement in South Vietnam was beginning to wind down. The Army was returning its focus and force development once again to the plains of Europe and a Soviet Bloc foe. The following vignette shares a perspective in the “rubber meets the road” context of these early efforts toward reformatting the Army.

Ft. Hood and III U. S. Corps had been preparing for weeks to conduct the Army’s first multi-division maneuver exercise in decades.   It was 1971.  The Army had been preoccupied since the early 1960s with operations in Southeast Asia.  The preoccupation and type of operations required did not appear to justify the expense and effort of major force on force maneuver training operations in the Continental United States (CONUS).

The withdrawal of two divisions from Europe to support the buildup of forces in Viet Nam in 1968 did lead to the initiation of a program termed Operation REFORGER.  Starting in 1969 the U.S. did deploy at least one CONUS Army division to Germany annually with a following multi-division maneuver exercise.  The annual deployment was intended to demonstrate U. S. resolve and ability to reinforce NATO forces with up to two additional divisions in a fairly rapid deployment with additional forces to follow if necessary.

But no divisional or multi-divisional exercises were conducted in CONUS with exception of work done from 1963-65 by the two brigade 11th Air Assault Division to test air assault concepts.  The latter were applied when the division reorganized as the 2nd Infantry Division then shortly after as the  1st Cavalry Division, the cavalry division then deploying to Viet Nam as an air assault division.

Operations were continuing in Southeast Asia but the Army was reorienting its contingency focus on what was considered the real potential threat—Soviet Russia.  As such, major operations had been in progress at Ft. Hood, Texas with such initiatives as Air Cavalry Combat Brigade Tests 1 and 2 to evaluate types of organization that would leverage existing armored forces and air assault and air attack cavalry capabilities that had been developing in Southeast Asia into a lethal highly agile integrated tactical and operational force capable of defeating much larger armored ground forces.  In the latter case forces expected to be encountered from the Soviet Bloc in Europe if that European contingency developed.

As the force levels began to reduce in Asia, major formations were returning to the United States.  The division around which much of the preceding 12 months had revolved in terms of examining the hybrid organization formed to test concepts was the 1st Cavalry Division.  As mentioned the division had deployed from Ft. Benning to Viet Nam in the mi-1960s as the Army’s first air assault or air cavalry division, a formation that dramatically increased infantry battalion and brigade tactical and operational mobility, fires support and logistical support by providing heretofore unprecedented levels of helicopters as organic formation assets.  In the event, this force structure gained dramatic advantage over traditional ground combat formations that were less mobile.

The opposing division for the force on force maneuver would be the 2nd Armored Division that had for the preceding year been providing Soviet configured opposing force for the Air Cavalry Brigade Tests.  For the maneuver exercise, the division would operate as a U. S. armored formation.  Control of the exercise would be provided by III U. S. Corps.

To create a maneuver box of sufficient size to operate the divisions against each other without having to conduct operations beyond the reservation’s boundaries,  the huge gunnery impact area stretching some 20 or so miles north to south and as wide as 5 miles across had been swept by troops in various company sectors.  The soldiers moved on line across the impact area for weeks collecting and destroying dud munitions.  This created a relatively large maneuver box of some 25 miles north to south and some 25 miles east to west.

The de-duding work concluded and the day arrived to initiate the exercise.  Before sunrise of the first day, the four ground maneuver brigades crossed their start points moving to their initial tactical assembly areas.  The drier weather was starting and movement on the tank trails produced the “rooster tails” of dust that rose well over 100 feet into the air and covered armored columns in a moving suspended gray white fog.  Operation “Gallant Hand” had begun.

The exercise developed quickly.  Formations moved with attacks, counter attacks, withdrawals, flanking movements and other tactical maneuvers playing out over the length of the exercise. Controllers kept reasonable order and data collectors gathered their material.  The activity was rapid with little down time.  As the days moved into a week, the pace of operations began to tell on the units…especially the company trains operations.  Sleep was intermittent and fatigue began to claim its victims.

At one point a week into the exercise, the trains of Company C, 1st Battalion, 12th Cavalry of the Cavalry Division’s 1st Brigade found itself occupying a location on an east-west running ridge overlooking to the south an extended level ground below.  The battalion was a mechanized infantry battalion.  The ground was rising gradually from a large creek, almost a small riverbed, that ran across the several thousand meters east to west of the company’s battalion’s sector. 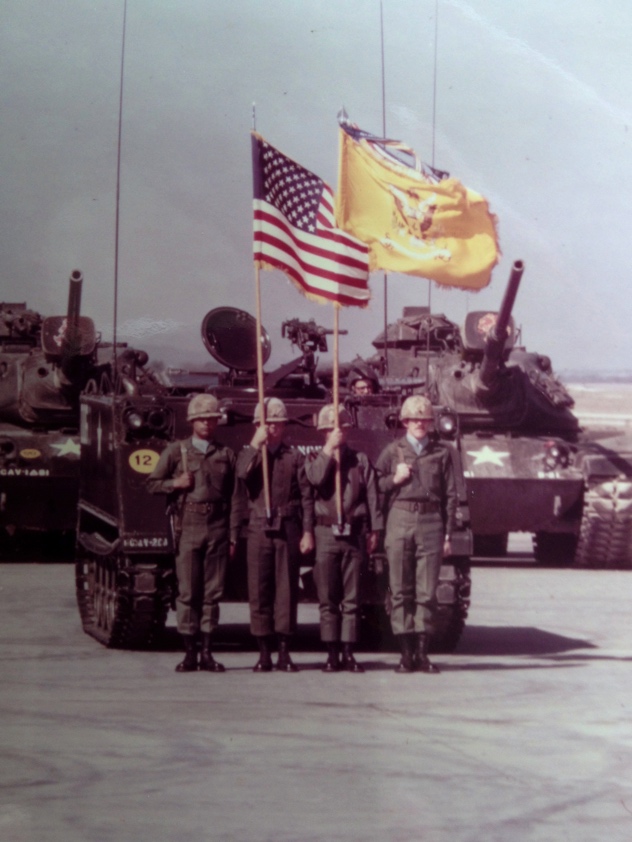 It was a brilliant sunny day.  The company’s maneuver platoons and command post were forward about 1200 meters occupying a position above the creek, its portion of the battalion’s position.

The mechanized trains consisted of the company’s executive officer (XO–second in command of the company), 1st sergeant, company administrative section, maintenance and vehicle recovery section, supply section which included the armorer, and the assigned medical element.  Combined this was some 20 soldiers and 10 vehicles.

The company trains were periodically augmented by elements from the battalion trains.  Typically this element consisted of a refueling team, a tanker, and a mess section, a 2 ½ ton truck with trailer, and a resupply/ammunition  truck. This support element added another three vehicles and some 8 soldiers to the company trains when the XO when contacted on the radio would move to a designated location to assume control of the battalion trains element and bring it forward under operational control to the company trains area.

Once the battalion trains element was in the company trains, on coordination with the company commander and platoon leaders the XO would arrange feeding, vehicle refueling and resupply operations around the tactical situation forward of the trains and in rear of the forward positions.  This operation was significantly less difficult when the battalion was in brigade reserve or the company was in battalion reserve.

On this day, the XO had just assumed control of the refuel/resupply and mess element and was moving them forward.  He was picking up radio traffic of concern.  As he moved the five kilometers toward the trains the radio traffic began to paint a picture that something unusual was happening forward.  As the picture got more concerning he determined to position his resupply element  in a hasty location about two kilometers behind the trains.  He moved forward rapidly after positioning the element to the company trains location.  As a contingency, one of the immediate action drills the company trains had practiced was a dispersion to designated rear assembly areas if attacked.

As the XO reached the trains the observation forward into the low ground indicated the lead elements of a 2nd Armored Division tank battalion about 2 kilometers  away and rapidly approaching the trains—2nd Armored had broken through and into the open.  The brigade was counter attacking and attack helicopters were engaging.

To clear zone for the counter attack and maintain the integrity of the trains, the XO immediately ordered the trains to disperse into its elements at speed to the last designated rear assembly area/rally point.  All elements promptly executed the withdrawal by different routes. Some 30 minutes later all elements had rendezvoused and been consolidated with the battalion resupply element.  The trains were intact.

As it developed, the company had withdrawn successfully as well to a rearward position.  The initial counter attack on the 2nd Armored lead units struck the flank of the armored division’s attack with attack helicopters of the air cavalry brigade providing deadly fires on the lead battalion.  The forward momentum of the attack was blunted by the rapidly positioned air assault anti-armor teams.  Then First Brigade deepened the counterattack on the ground with its armor with the continuing support of  air cavalry attack units.  The situation was brought under control.

Late that night, the company trains closed on the exhausted platoons and command post of Company C.  The soldiers of the company were fed and resupplied and the company’s vehicles were refueled.   It was a long day.

The “Gallant Hand” exercise was a great experiential training vehicle for armored and in combination attack helicopter units that would set the stage for much that was to come over the next two decades.  Though many of the participating officers and NCOs had experience in South East Asia, most had, except WWII era senior officers, not experienced rapid large formation armored situations.  For many it was a watershed experience. 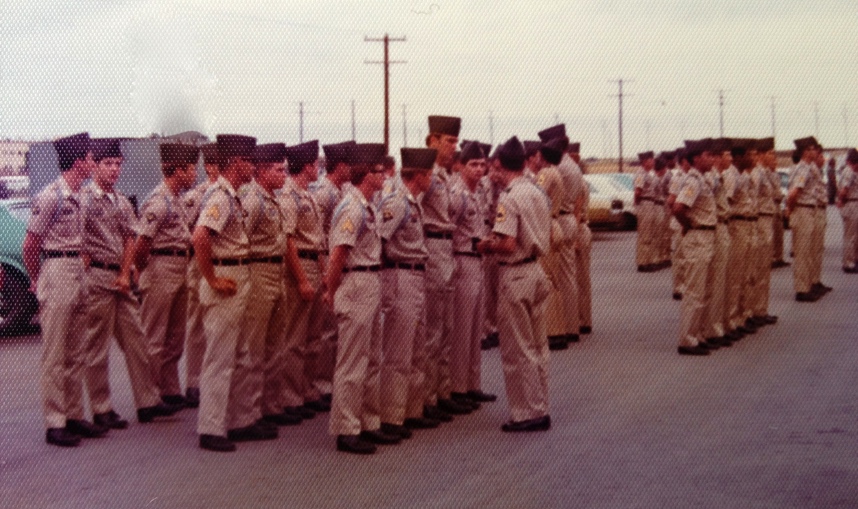 For the XO and the Company C Trains—the leadership lesson burned into everyone’s brain was “always have a contingency…a Plan B, even a Plan C.”  We often hear the concept mouthed but when we experience the unexpected for real, the value of alternative plans becomes crystal clear as a necessity of operating and surviving.   And the leaders who keep their heads are worth their weight in gold.  When a leader’s brain stops working, chaos is the result unless another leader is able to step in and lead and in time.