An Incident at Stein Castle—Spontaneous Leadership at Its Best 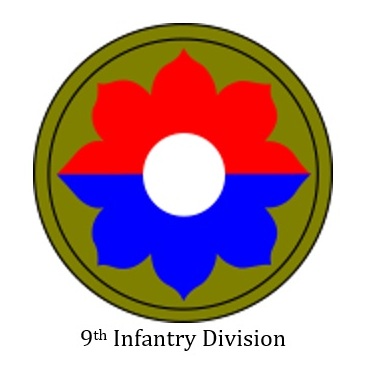 Another leadership article by Tom Rozman

It was summer 1954, a pleasant sunny day in Stein, Bavaria.  A week day, many service families, less the husbands who were deployed on maneuver and gunnery operations with their units, were enjoying the ample Olympic style pool and grounds afforded by the facility that served as the officer’s club for the greater U. S. Garrison stationed in the Nürnberg Area.  The grounds and building had been the pre-war property of the well known pencil manufacturing magnate, in German, the Schloss of Graf von Faber-Castell.  The building was a large late 19th Century built mansion that replicated a medieval castle’s architecture.

The dappled sunlight coming through the tree cover of the grounds surrounding the pool provided a comfortable setting for the families to lay out their blankets and enjoy the day without fear of getting sun burned.   The pool area enjoyed the direct sun light  of a cloudless early afternoon.  The families had for the most part treated the day as a picnic opportunity bringing their own lunch though some enjoyed the lunch offering presented by the club staff.

It was now early afternoon.  The wives in twos and groups were mostly engaged in conversation where they had laid their blankets out in the shade, many with younger babies and toddlers while their older children now took advantage of the splendid pool—particularly the Olympic diving platforms and the slide at one side of mid-pool, a large structure that gave a long slide into the middle of the pool where the water was perhaps four feet in depth.

The pool had a deeper end where the diving platform was located and tapered to a shallower roughly four foot depth at the other end.  A lifeguard was on duty but the warm sunny mid-summer day had brought a more than usual number of users to the pool area—especially younger children.

Two women sharing one of the blanket sites near the pool were in conversation.  Their husbands were officers assigned to the 39th Infantry Regiment, 9th Infantry Division and were in the field.

The younger wife was caring for a baby of six months.  She also had her two young boys with her, one six and one seven years old, who were using the pool’s slide. A life guard  was supervising the children using the slide.  The boy’s father had been teaching them to swim but the boys were not proficient.  And they were active boys who were fascinated by the pool and the fun it offered.  The younger boy’s nature knew no fear.

The other young but older women had been an Army nurse who had married and left service.  And due to the circumstances of recent Korean War mobilizations and deployments was currently not employed, a military dependent of her deployed officer husband.

The two women were in the shade on a rise but relatively close to the pool where they could observe the two boys.  Even though a guard was on duty the activeness of the boys, especially the younger boy, made surveillance a smart precaution.

Eventually, after enjoying the slide and bobbing in the shallow pool area the younger boy wanted to move to the middle pool on the opposite side from the slide towards the deeper water.  The boy’s mother with their baby sister and the their mother’s friend were about 200 feet up the rise in the shade above that side of the pool.

In pursuit of adventure the younger boy jumped into the water.  It was perhaps 7-8 feet deep at that point.  The boy sank but had some buoyancy.  With his arms outstretched he floated  below the surface in a crucifix position.  The activity in the pool area, especially around the slide on the opposite side had the attention of the lifeguard.  The older boy, not an able swimmer, had been surprised by the younger brother’s jumping into the pool, and immediately went to the edge of the pool shouting to his brother, becoming more concerned a the seconds went by and the younger boy didn’t move—he began excitedly gesturing for help.

The mother of the boys at the moment was distracted with their baby sister.  But the other young woman, the nurse, picked up on the older boy and instantly noted the absence of the younger brother.   She vaulted off the blanket and sprinted to the pool side jumping in and pulling the younger brother from the pool, immediately performing CPR, the younger boy not breathing when being pulled from the pool.

By the grace of God and a leader able to make a split second assessment of the situation and an immediate decision to act and take the necessary action a life was saved.  Most striking is how a leader in a benign environment of low threat and recreational distraction would be a presence taking swift necessary action.  The situation illustrates that leaders come in many forms and are present in every environment—and they will come forward.

The postscript to this leader’s instantaneous decisive action on that far off day is as noteworthy.   The person who’s young life was saved graduated from the university and was commissioned as an infantry officer in the Army.  He would transition later in career to the Army’s emerging information technology (IT) field.  He would serve an extended military career retiring as a regular Army field grade officer whose last assignment would be as a deployed support group executive officer during the first Gulf War.  He would continue serving in the private sector in support of the Army in the IT field. He would raise three sons who would be contributing citizens of accomplishment with following grandchildren.

Through one decisive and instantaneous action by a leader, the lives of 26 people in a family were directly and significantly affected.  And hundreds of other lives in large and small ways have been significantly influenced and impacted over the several decades since.  A leader, especially an effective leader, will leave a legacy that will extend through generations perhaps well beyond what we might think.  And effective leaders come in all shapes and sizes—but it is how they act as leaders at the moment of decision from which we all benefit.

Golden oldies with a Christmas theme over many years