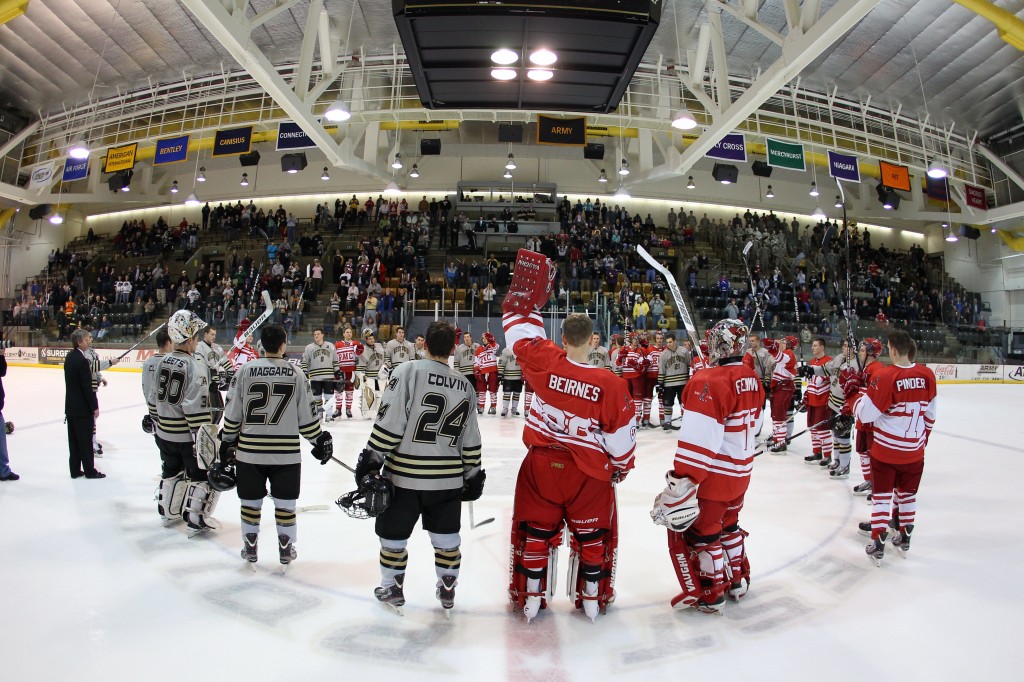 The next date for the annual Army West Point / RMCC hockey game is Saturday, 23 January and will be played at the K-Rock Centre in Kingston.  The K-Rock Centre is located about five minutes from the college – across the street from Fort Frontenac.  Opening face-off will be 7PM.

In addition to the regular game between these two institutions, plans are underway to play two ‘Alumni games’ – one team consisting of 40 year+ DOB before 1976; a second team of 40 year– DOB after 1976. For anyone born in 1976 – the team managers will sort out.

At the time of this writing, a few details remain to be sorted out.  The two games will be played back-to-back, likely around noon through to the early afternoon.

A prerequisite to play for one of the teams, alumnus should have participated for the varsity hockey, Rempart (CMR); Redmen and / or Paladins during their time at the colleges.

For those interested – send college number, name(s), age, year(s) participated for the varsity hockey team: to Bill Oliver – William.oliver@rmc.ca who will then pass on the individual coordinates to the respective team managers – names to be announced soon.

Team managers will be making the final selections for each roster.

Stay tuned as details get sorted out over the next month or so. United States Military Academy (USMA) recently adopted a new identity and logo for its sports teams. The new “Athena Shield” logo and the “Army West Point” moniker were developed to provide a clearer image and a fresh new look.

“West Point’s job is to produce leaders of character for the Army,” said Col. Ty Seidule, director of the academy’s history department. “The Army without West Point is not the U.S. Army. West Point without the Army has no mission. To be ‘Army West Point’ takes away that distinction. ‘Are you Army or are you West Point?’ ‘Yes, we are.’ ” 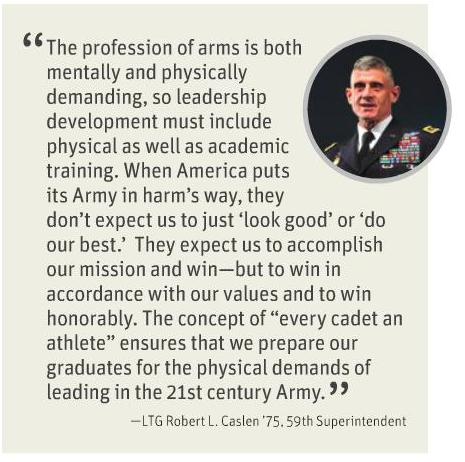