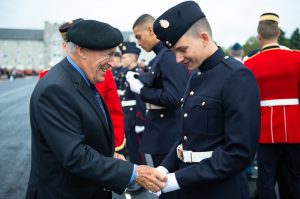 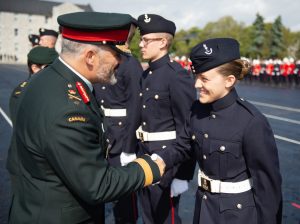 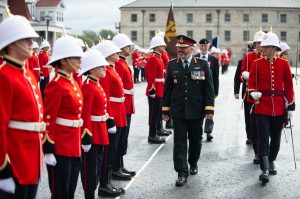 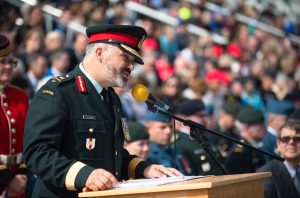 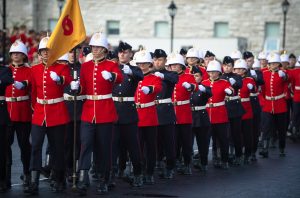 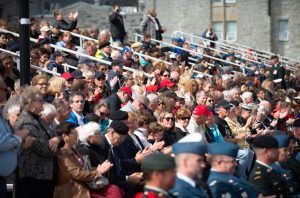 The Class of 2023 Officially Joins the Cadet Wing

September 14th was a day that will go down in the memory of every First Year that just completed their three-week orientation period known as FYOP. It marks the day the First Years will receive their famous RMC Cap Badges.

Early Saturday morning, the Cadet Wing fell onto the parade square wearing the tradition scarlet-red uniform. Following a quick inspection, the Class of 2023 joined the parade. For many, this will be their first military parade.

Wearing RMC’s traditional blue uniform, they were greeted with a large round of applause from the hundreds of family, friends, and military personnel in the crowd. Following a quick dressing, the Badging Ceremony began.

The Cadets were met by one of their FYOP section commanders and a member of the Old Brigade (those who entered one of the Canadian military colleges more than 50 years ago). Following a swift but meaningful exchange of words, each Cadet was given a Cap Badge and officially welcomed into RMC as a member of the Cadet Wing.

Some cried, others were lost for words, but everyone was beyond proud. It was surreal.

They then turned and marched in between the files of red uniforms to officially signify themselves as members of the Cadet Wing. For the first time in their RMC careers, the Class of 2023 had the pleasure of marching among their squadrons as full members.

With a sharp eyes right and stomp of their parade boots, they showed the crowd how proud they really were.

Following an advance in review order and march off, First Years had the opportunity to mingle and see family. For many, this was the first time they have been able to for weeks, if not months, and a well-earned way to cap off a memorable event.

For the full list of First Year Cadets joining the Wing please see below. (Click on the image to enlarge it.)

For the list of prizes and award recipients please see below. 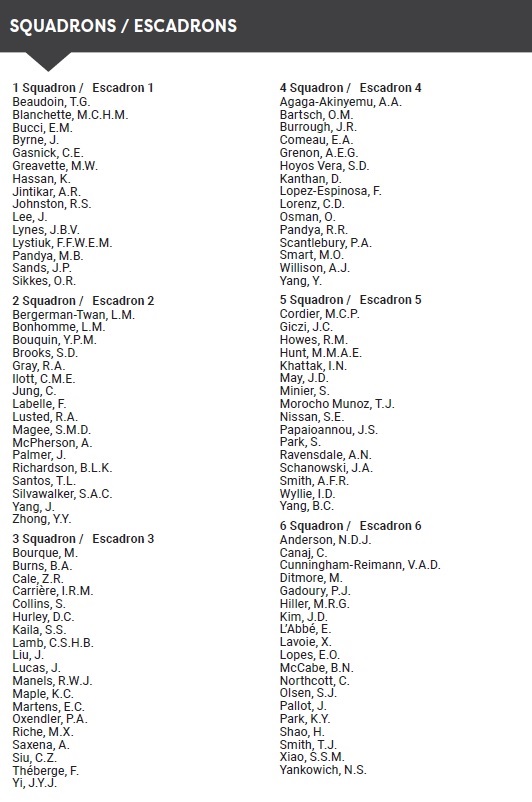 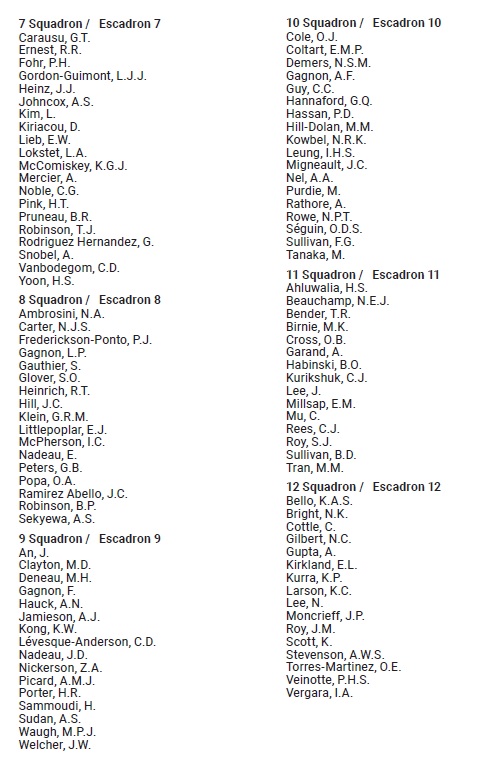 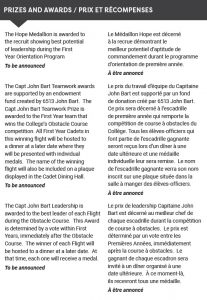 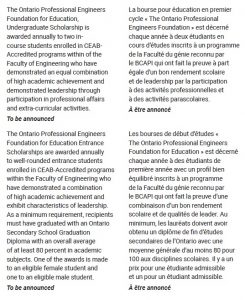 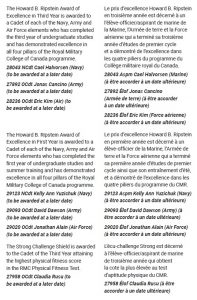 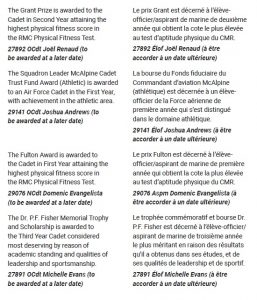 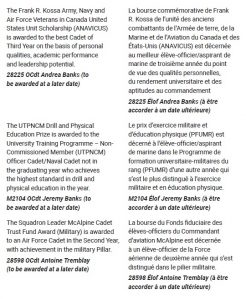 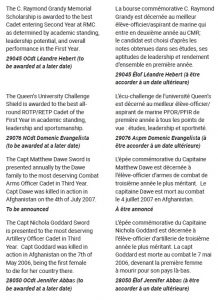 The Ontario Professional Engineers Foundation for Education Undergraduate Scholarship is awarded annually to two in-course students enrolled in CEAB-accredited programs within of the Faculty of Engineering who have demonstrated an equal combination of high academic achievement and leadership through participation in professional affairs and extra-curricular activities. This year’s recipients are:

The Ontario Professional Engineers Foundation for Education Entrance Scholarships are awarded annually to well-rounded entrance students enrolled in CEAB-Accredited programs within the Faculty of Engineering who have demonstrated a combination of high academic achievement and exhibit characteristics of leadership. As a minimum requirement, recipients must have graduated with an Ontario Secondary School Graduation Diploma with an overall average of at least 80 percent in academic subjects. One of the awards is made to an eligible female student and one to an eligible male student. This year’s recipients are: