Address to Graduation and Commissioning Parade 2019 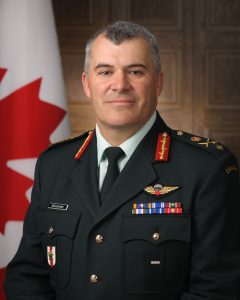 Ladies and gentlemen, I present you the Officer Cadets and Naval Cadets of RMC, future leaders of the Canadian Armed Forces.  Among them are our graduates, who will become officers on this parade. The Officer Cadets and Naval Cadets from the class of 2019 have, over the past four to five years, demonstrated that they are ready to accept unlimited liability, and that they have the warrior spirit, discipline, teamwork and physical fitness to serve with distinction as officers in the Forces.

I am proud to announce that, for the second year in a row, our future officers not only received well-deserved bachelor degrees yesterday from the Chancellor, but that all members of the Class of 2019 who will receive their commission today are, at least, functional in their second language. They have also developed with the help of experienced mentors, their own unique leadership styles, and they have each passed a demanding physical performance test, which required hours of hard training. They all are successful in the Four Pillars of RMC: academic, military leadership, physical fitness and second language.

Of course, the RMC programme has brought them so much more. It’s also about young, talented, and dedicated individuals making friendships that will last a life-time. To be a part of a graduating class at RMC is to be a part of a unique network of Ex-cadets who will continue to support each other throughout their careers. And this is more powerful than they think.

Ladies and gentlemen, our graduates have had a tremendous team dedicated to their success. I would like to express my sincere appreciation to all RMC staff and faculty, from support services to academics, military leadership, second language training and athletics. All have played important roles in delivering outstanding student support, therefore, enabling student success.  I believe they deserve a good round of applause.

I also would like to recognize the continued support of the RMC Club and the RMC Foundation. Your tireless support has been extremely helpful in the development of our Officer Cadets and Naval Cadets. I would like to sincerely thank them for everything they do for us.

To the families and friends here with us this morning, please accept my sincere thanks for your continued love and encouragement. This is only the first step on their journey within the Canadian Armed Forces; your support will always be important and valued by your loved ones.

Be humble. Restez humble. You do not have to say that you are RMC graduates. Just by your ethical judgement, your behaviour and your actions, they will know and understand your potential.

To our Chief of Defence Staff. Sir, almost three years ago, you gave to this College clear direction through the Special Staff Assistance Visit, the Maddison/Neasmith Report. Although, there are still some recommendations to be implemented, we are in a good position – but without your direct involvement and support we would have not been able to deliver. On behalf of RMC, thank you.

As for me, two years ago, you appointed me as Commandant of this institution. I have to tell you that Karine and I still feel privileged to be with those Officer Cadets and Naval Cadets every day. There is not a single day where we are not inspired by them. We truly believe that they have tremendous potential to become great ethical warriors, model citizens and leaders of tomorrow.

Finally, to the entire Cadet Wing – The past two weeks, you have spent many hours on this parade square in order to be at the standard that is expected by this College.  And you have done it with a smile and the right attitude. CWO Keating, the Training Wing Sergeant-Major, who passed away three weeks ago, would have been so proud of your performance on parade.  Well done!

Once again, congratulations to Class of 2019. 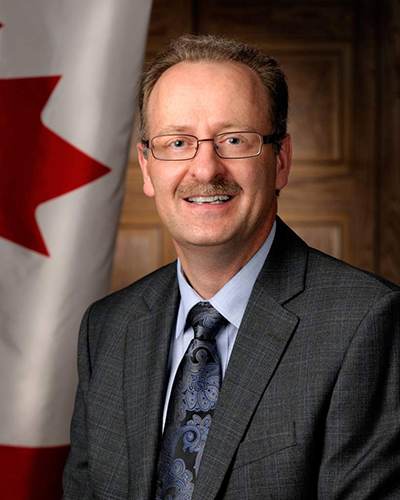 Another Academic Year has drawn to a very successful completion and I would like to congratulation the Class of 2019 on your achievements.  As I conveyed in my convocation address and as you all can certainly attest, the RMC experience is not easy, but sometimes that which is the most difficult to achieve is sometimes the most rewarding.  Please take a moment to thank and recognize all those who have made a difference for you; your appreciation will make the world of difference to them.

As an ex-Cadet, a veteran and your Principal, I know that you are well-prepared for the many challenges to come your way.  RMC has given you an educational experience unlike anywhere else in Canada.  You have been surrounded in a military environment that underpins the importance of discipline, teamwork, integrity, ethical behaviour and professional responsibility.  You have succeeded in university studies while being tested physically, while developing in your second language and while embracing the many opportunities to grow your leadership abilities.

You faced many challenges already and throughout it all you have shown an incredible work ethic and strong resilience as well as an innate ability to be humble and articulate, caring and compassionate, respectful and inclusive.  This is what people will notice the most and what will serve you well as you become more and more involved in the Profession of Arms or whatever path you may choose.  This is a very exciting time in your lives and I wish you all the best of continued success and a very bright future!

On your behalf, I thank everyone internal and external to RMC who contributed to your successes, including faculty and staff, family and friends, the Kingston community, our military and Defence communities, the RMC Club and Foundation and our alumni.  We are all very proud of you! 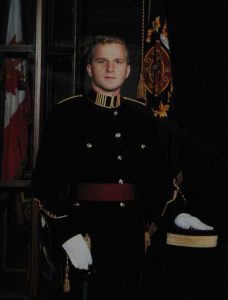 It is my distinct pleasure to offer each and every one of you my heartfelt congratulations on the successful completion of your program. It has been a long, tough road and you should be justifiably proud of your accomplishments.

As a Graduate of the Class of 1992 our memories might not be identical, but we all come from the same mold and share the motto that will serve you well as you continue to develop as leaders:  Truth, Duty, Valour.  Take this motto into your new career as an Officer in the Canadian Armed Forces and lead with integrity, be accountable, and inspire others in your command.

The past four years have challenged you, they have strengthened you, and they have given you the ability to form bonds and friendships that will carry with you for the rest of your career and beyond.    RMC will now be a part of your life forever, and when you return 5, 10, 15, or 25 years from now the halls will still speak of your experiences, and how RMC will forever be a part of who you are, and who you have become.

While we were at RMC our focus was on becoming the leaders we are today, but all along the way we had an awareness of the traditions and people who paved the way before us.  As you pass through the Arch for the last time before your new journey begins think of those young officers after you who will look to you to do the same.  As ex-Cadets we keep those same traditions alive and financially support the activities, trips, teams, and heritage that our Alumni had done for us.

It is important for you to remember this as your career unfolds, that the funding support that you needed as a junior officer came from Ex-Cadets who recognized the value of the opportunities they had at the College and felt the need to give back to support Canada’s future leaders.

I envy you as you move on to the next stage in your career and wish you the very best in all of your endeavours.

From 9143 Bruce McAlpine (Class of ’72), President of the Royal Military Colleges Club of Canada 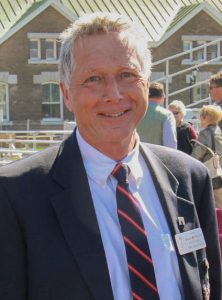 To all of our graduating Officer Cadets at RMC Saint-Jean and RMC Kingston I offer a hearty “Congratulations!” on behalf of the Royal Military Colleges Club of Canada.

Marching onto the parade square for the final time as an Officer Cadet and then marching off the square for the first time as a Commissioned Officer in the Canadian Armed Forces is a very special “Right of Passage” which goes back almost 150 years.  Over the past few intense years both at the colleges and during your summer trainings you have acquired the skills, the discipline, and the character necessary to lead men and women into battle to defend the rights and freedoms of our great nation.  And now the Government of our land is “reposing especial Trust and Confidence in your Loyalty, Courage and Integrity” and has commissioned you to “carefully and diligently discharge your Duty”.

With Leadership comes Responsibility and Visibility.  In the coming days, weeks and months you will be faced with situations requiring instant decisions.  In some, lives may be hanging in the balance.  In others, those around you will simply be watching to see how act when your integrity is being tested.  The decisions you make will be influenced not only by your training, but by the character and values that have been instilled in you at these colleges – the values of Truth, Duty & Valour.

So, march onward with your heads held high.  We stand on the sidelines with pride and confidence as we congratulate you on your graduation, knowing that you will lead well and uphold the honour of our fine Institution.

From 16442 Bill Griffis (Class of ’89), Executive Director of the Royal Military Colleges Club of Canada 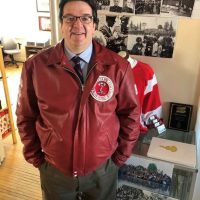 To the graduating classes of RMC and RMC Saint-Jean congratulations! I am honoured that I was able to attend the graduation ceremonies in both Saint-Jean and Kingston! It’s been 30 years since I graduated from RMC and to witness your ceremonies first hand has been an honour!

I wish you all the best as you begin your careers!

Above: Members of the Old Brigade present members of the Class of 2019 with their RMC Cap Badge at the 2015 Badging Parade.

From 5611 Gerry Stowe, Adjutant of the Old Brigade 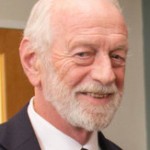 Four short years ago (five years ago for those from RMC St-Jean), we presented you with the RMC Cap Badge, marking your acceptance as members of the Cadet Wing. On behalf of all members of the Old Brigade, please know that we are very proud of what you have accomplished so far, as we are also proud of having been there at the outset. Congratulations and Bravo Zulu to all graduates!

Adjutant of the Old Brigade

2019 Grad Ball A Chance to Celebrate with Family and Friends

Félicitations aux diplômés de 2019! / Congratulations to the Graduates of 2019!