Last Thursday we attended a very touching ceremony in Cobourg, ON.

The special occasion was the unveiling of a special plaque to  Honour the memory of 22458 Nichola Goddard, the first Ex Cadet Killed In Action (KIA) in 2006 during the war in Afghanistan.

The True Patriot Love Foundation (TPL) has commissioned the placement of 12 commemorative plaques on Highway of Heroes overpasses to honour the brave men and women who made the ultimate sacrifice.

This particular overpass (bridge) is on Ontario Street in Cobourg was sponsored by Canso Investment Counsel Ltd., which in typical fashion, by their president, 11623 John Carswell decided that instead of having their name on the plaque that it would be a fitting tribute to have Captain Goddard’s name. 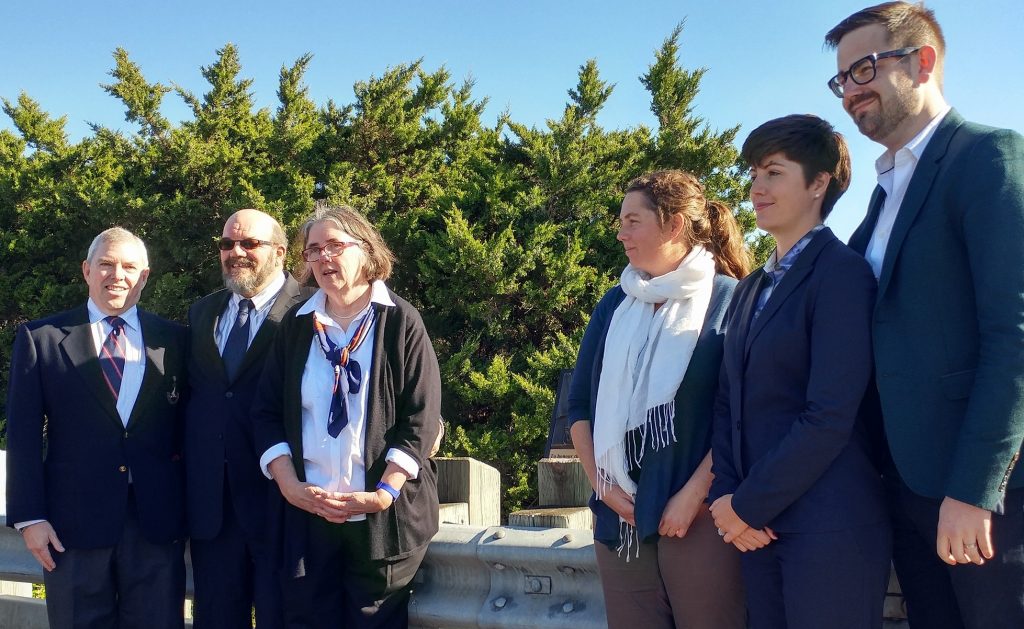 Nichola ‘s parents, two sisters, brother-in-law, family and friends and local dignitaries were in attendance for the event.

A contingent of 13 cadets and two military wing staff members from Royal Military College of Canada were a big part of the ceremony.

The cadets marched up a small hill which took about six minutes to reach the site of the ceremony. Training Wing Sergeant Major, CWO Rob Keating and B Division Senior NCM, MWO Rob Morningstar were the two college staff representatives.

The cadets making the two hour bus drive to Cobourg were –  OCdt Thomas Levert 26910, carrying the Capt. Nichola Goddard memorial sword which was presented to him by the commandant, BGen Sebastien Bouchard on Reunion Weekend. 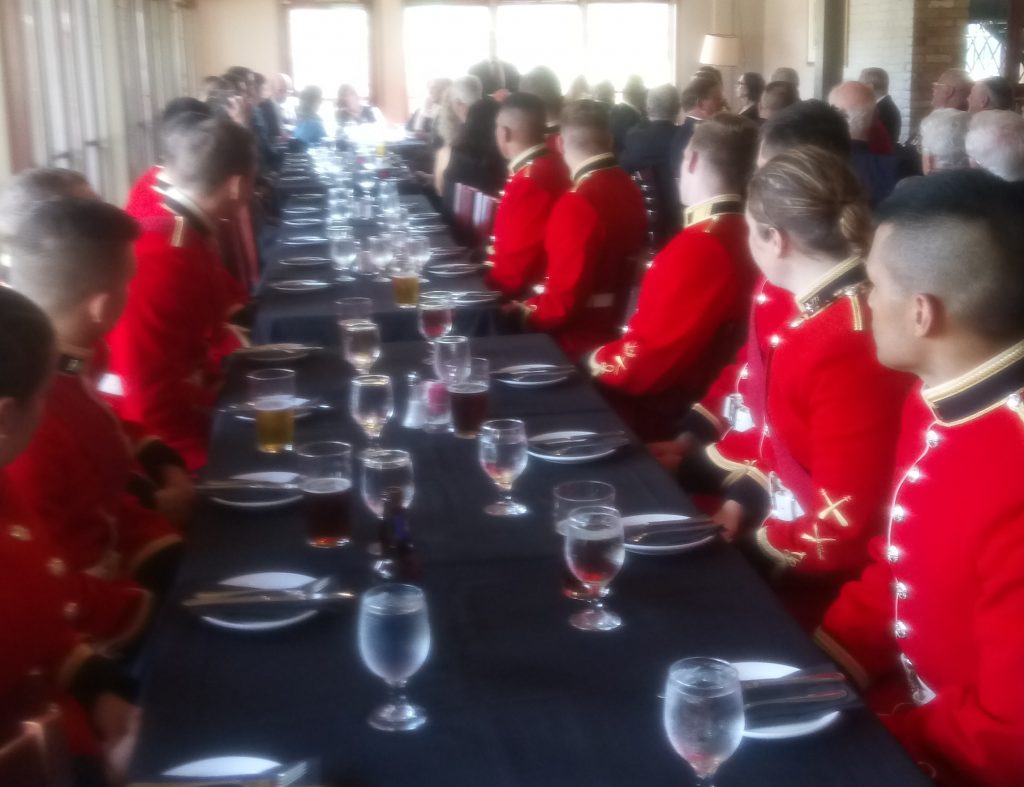 Following the unveiling ceremony there was a prime rib buffet at the local Mill Restaurant located close to the bridge. Short and appropriate speeches were given by both John Carswell and Tim Goddard, father of Nichola.

A proud day to be connected to both the CAF and RMC.  Well done, Canso.

Ex Cadets and more in the news / Notes de Classes