Former commandant and former squadron-commander meet-up in the darnedest places; and

Class of  ‘old boys’ enjoy a ‘mini-reunion’ in Halifax 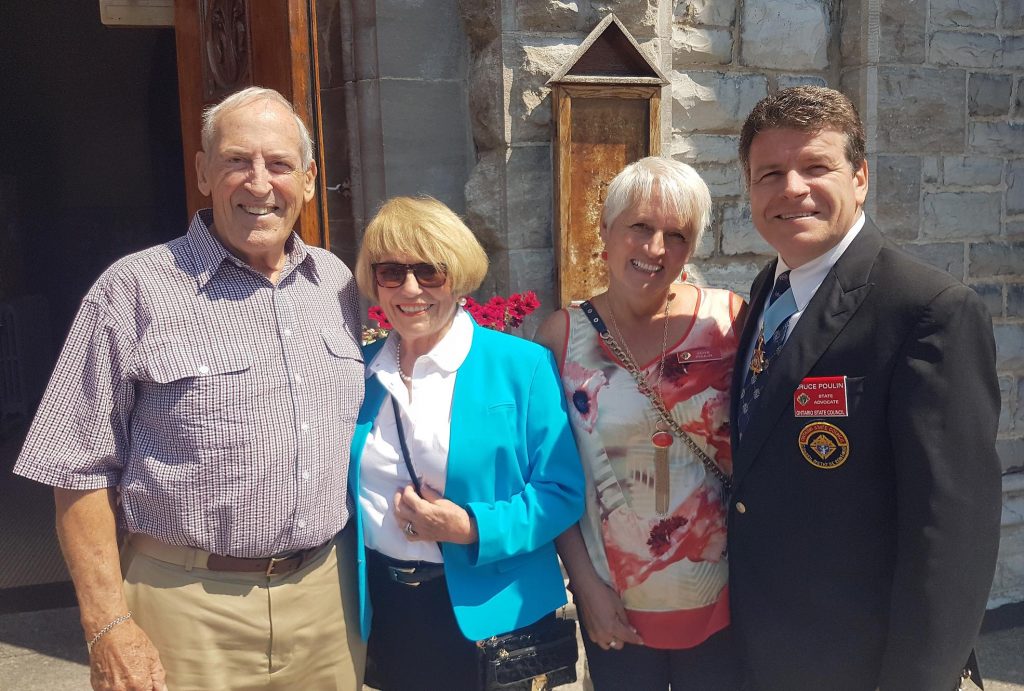 Six degrees of separation took on a whole new meaning for 14344 Bruce Poulin and 4459 Ed Murray when their paths crossed at St. Mary’s Cathedral on Sunday 30 July 2017.

Bruce a former Squadron Commander for 7 Squadron and his spouse Zoye were attending a celebratory mass for Archbishop O’Brien who was celebrating his 10 years as the Archbishop for Kingston.  Bruce drove from Ottawa to represent the Ontario State Board of the Knights of Columbus for the event.

Meanwhile former Commandant of RMC (at the time Bruce was a Squadron Commander) Ed Murray was attending the same celebratory mass with his spouse Gail because they belonged to the St Mary’s Cathedral parish. Ed, Gail and Bruce quickly resumed where they had left off some 29 years ago and began reminiscing about the good ol’ days…much to Zoye’s chagrin. lol While other engagements forced them to part ways shortly after the event, they did agree to meet again in another 29 years – this time in Ottawa! lol 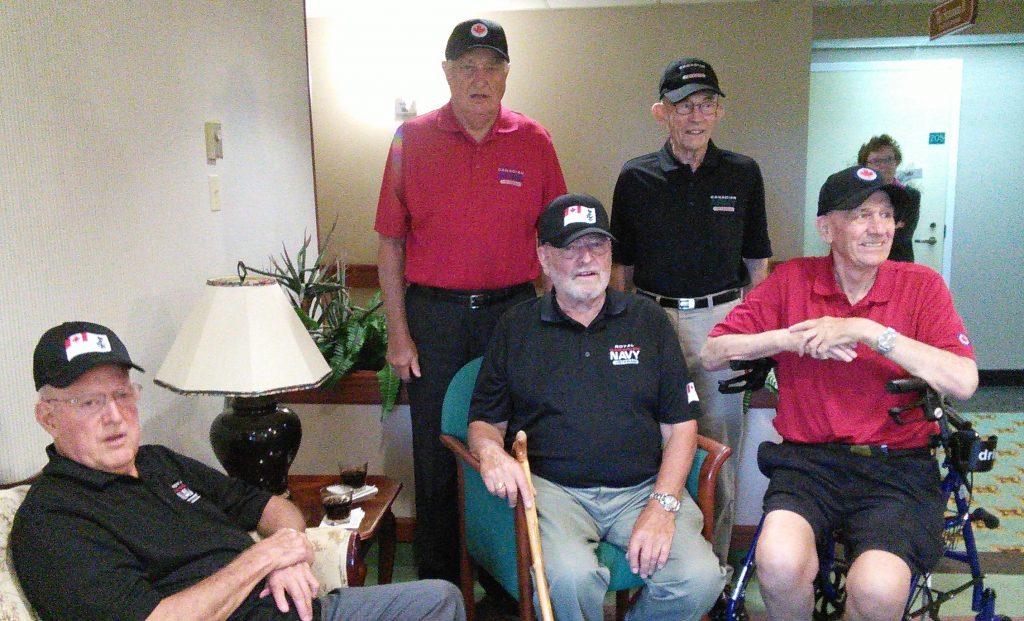 All rigged are in Army, RCAF and RCN hats and shirts. 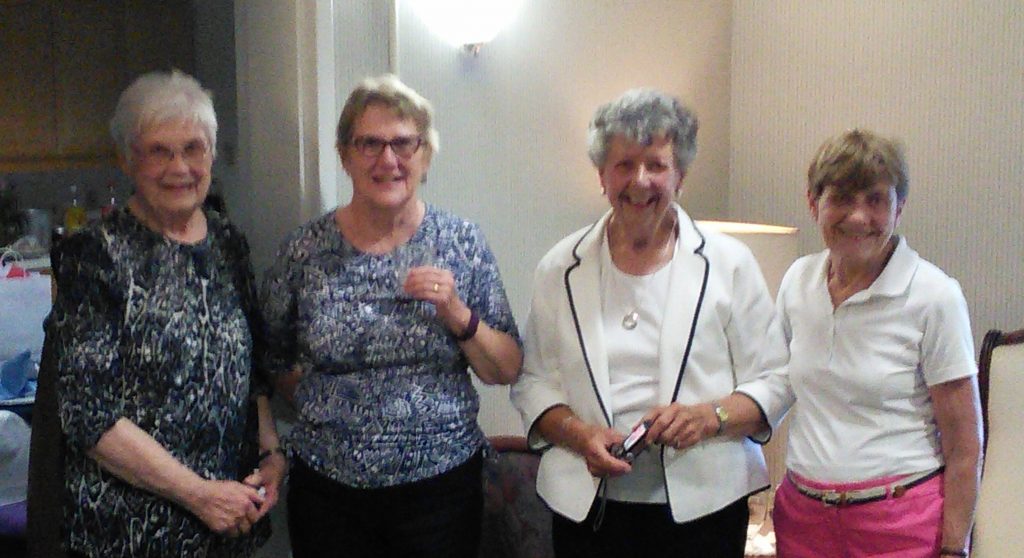 The girls (ladies all of them!) are from left to right: