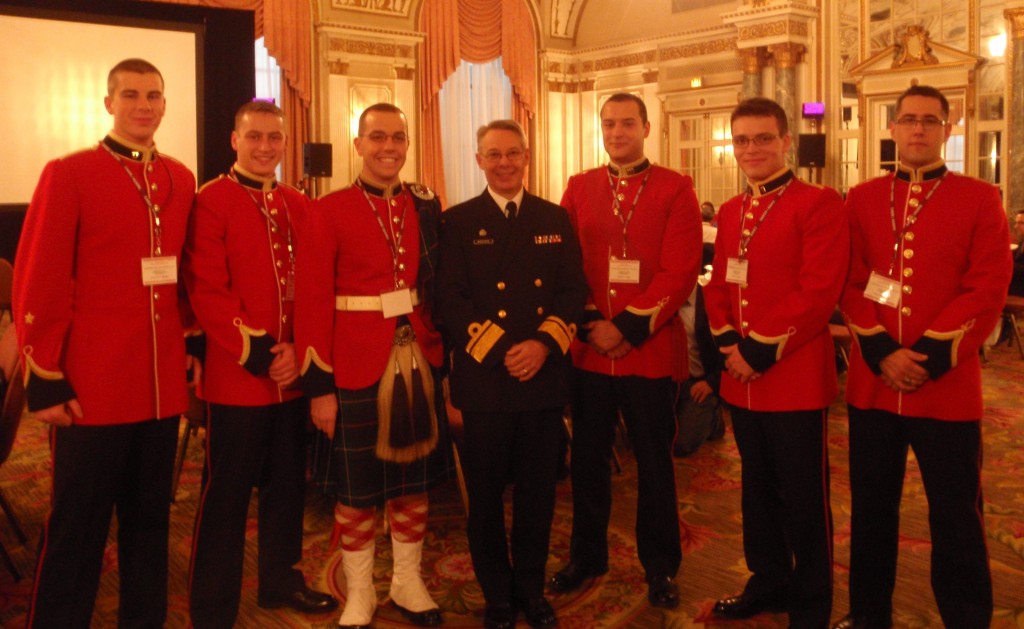 From Oct 14-15 2010, six officer cadets from the Royal Military College of Canada had the privilege of attending the annual Canadian Association of Intelligence and Security Studies (CASIS) conference, held at the Fairmont Chateau Laurier in Ottawa, Ontario. Led by 25401 OCdt (III) Alexandre Fisher, we had the privilege of attending discussions and presentations on relevant intelligent and security issues delivered by recognized academic leaders and industry professionals in Canada and abroad.

Representing RMC in full scarlet uniform, we acted as rapporteurs for the conference, ensuring we fully documented each presentation for the annual conference summary. We attended discussions ranging from the new history of the CIA, presented by the UK’s Warwick University, to a panel on the evolution of CSIS and the RCMP following the Air India inquiry. The presentations were numerous and thought provoking, providing unique perspectives on the relationship between the public and different security/intelligence agencies across the globe.

We were not, however, the only cadets in attendance, as numerous RMC alumni were not only present, but also speaking at the conference. We had the pleasure of meeting RMC graduate David McMahon (Student Number), the current manager of national security programs for Bell Canada, in addition to the Deputy Commander Maritime Forces, Rear Admiral P.A Maddison, OMM, MSM, CD (Student Number).

The CASIS conference provided a fantastic opportunity for RMC Officer Cadets to learn about the intelligence and security climate in Canada, and we took full advantage. 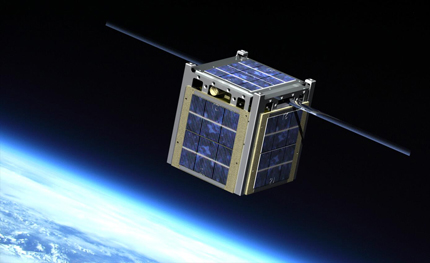 Stellar news from space has arrived at RMC! Recently, Geocentrix Technologies Ltd. and the Canadian Aeronautics and Space Institute (CASI) challenged Canadian universities with a type of competition never before witnessed in Canada. The Canadian Satellite Design Challenge (CSDC), launched late last year, called upon undergraduate programs from across the country to enter teams. RMC powered up its thrusters and jumped into gear. Under the guidance of Major Marc Fricker, a team of eager and soon to be highly knowledgeable cadets was assembled out of the 2nd, 3rd and 4th year space science classes, 3rd year engineers from each engineering discipline, as well as a number of business and economics students.

To say that this task is not easy would be a drastic understatement. First, the team needs to develop the raison d’etre (the goal of the operation) for the satellite. This will be a special mission that will assist the Canadian government, the Canadian Forces and help further science. With the advice and facilities provided by professors, Canadian and international corporations, the Canadian Space Agency and the Department of National Defense, the team must design and build the satellite. The delicate scientific instruments on the satellite must be able to function, communicate, and survive while being exposed to the extreme conditions of space. For instance, while in the sun’s rays, one side of the satellite will be bombarded by solar energy causing the temperature to reach 400o C while the other side freezes at -200o C and is subject to devastating cosmic radiation! Needless to say, this challenge has the engineers drooling.

In addition to the daunting task of creating a fully functional satellite, the team is also charged with raising and managing its own financial resources. Similar to a project in modern industry, the team must maintain records, demonstrate accountability for all assets, give design presentations to high schools, universities, and even present their progress to National Defense Headquarters in Ottawa. Encompassing many aspects of real-world engineering projects and seemingly insurmountable objectives tackled by interdisciplinary teams under a restrictive budget (foreshadowing of future CF projects?) The Canadian Satellite Design Challenge is an opportunity that many undergraduates could only dream of. It is a chance for RMC students to not only proudly represent their nation, but also to place themselves among the stars once again.

Stay tuned for more information about the project in upcoming issues of e-Veritas . If you would like to know more about the Competition, visit http://www.geocentrix.ca/files/documents/CSDC/CSDC_Overview.pdf.