The Painting and the Plaque

During the 2011 Legacy Dinner, Danny McLeod approached me yet again. For weeks he had been thinking of ideas, trying to contribute to the Chasse-Galerie adventure in some meaningful way. When he offered to supply the daily tot of rum, for example, I had respectfully declined. The rum was already bought and paid for. It didn’t help when I suggested that his mere presence was a huge contribution. Finally at dinner, he suggested an idea that got my attention. He would commission a painting. John de Chastelain, who was sitting beside him and is a painter himself, quizzed him further. Danny suggested the scene of the RMC salute when the canoe approaches the Memorial Arch and the Commandant. John quickly sketched an idea on a table napkin and Danny said, yes, that’s right.

I knew just the right person. I contacted 5723 Tony Tucker, who is well-known to Ex-Cadets for his fifty-some paintings of scenes at RMC, CMR and RR. Not only is Tony an accomplished artist but an athlete as well – a recipient of the Prince of Wales Cup for the best all round officer cadet in athletics. He willingly took on Danny’s commission and finished the painting in time for the 2012 Legacy Dinner.  The original is an oil painting on gessoed fibreboard. Canvas and giclée prints are available at the Panet House Gift Shop. Tony pledged to donate at least 15% of the net income from the sale of the prints to the Danny McLeod Athletic Endowment Fund.

Danny was unable to attend the 2012 Legacy Dinner but Sheila was present for the unveiling, along with Tony, Wendy and myself. Even though RMC is blessed with an abundance of paintings, many of which are in storage, Danny was able to persuade the authorities to hang it in the Senior Staff Mess. 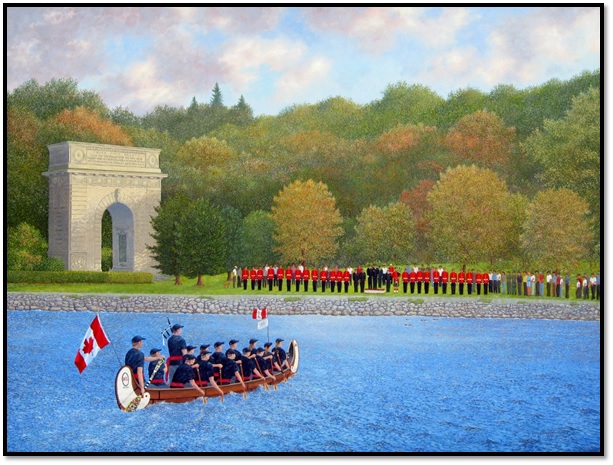 A companion to the painting is the Chasse-Galerie plaque which lists the names of all the crew members in the 2000, 2001, 2006, 2011 and 2016 expeditions, along with the total funds raised on each trip. The plaque hangs in the Senior Staff Mess adjacent to the painting. 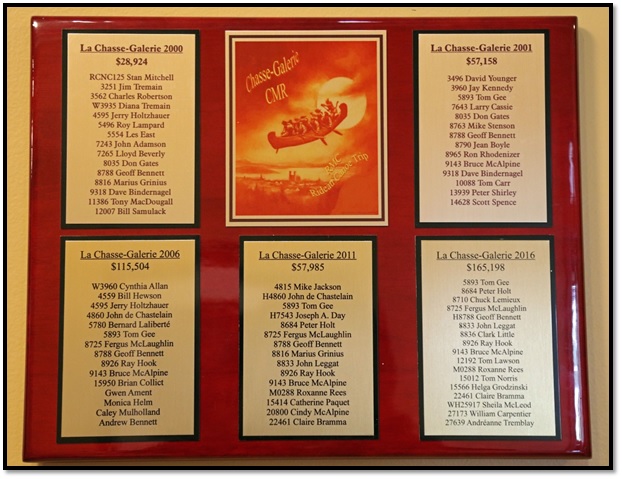 Dr. Darrell Menard: What is a stress fracture?