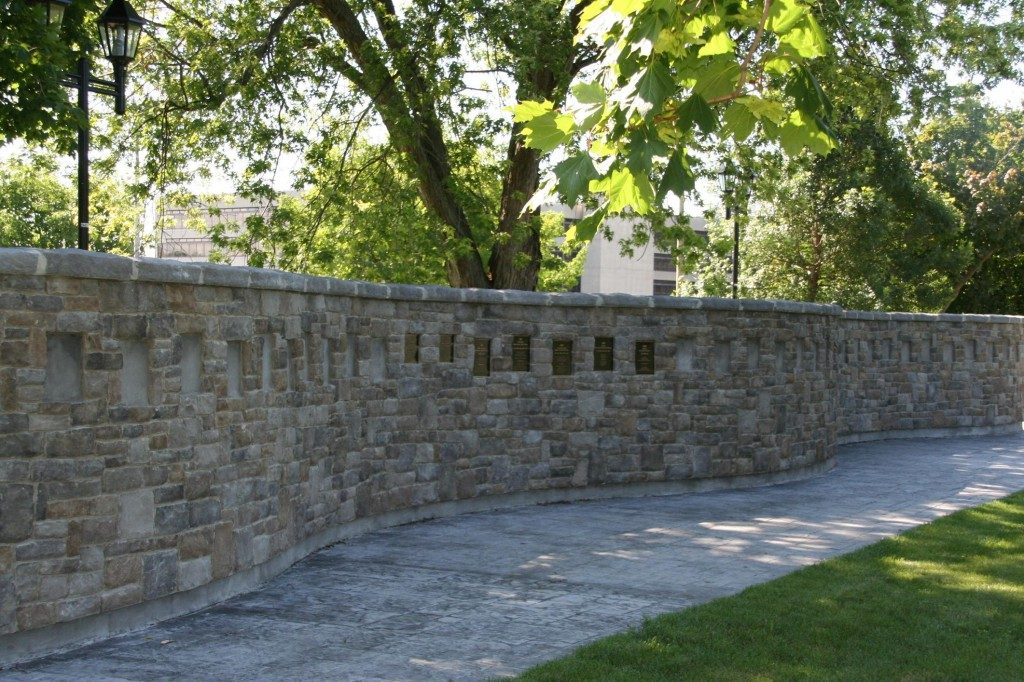 Recalling the sage advice passed on by Chris Hadfield

Every year the graduating class of RMC gives a gift to the college. The Class of 1963, upon entry into the Old Brigade in 2009, created and donated to RMC, a Wall of Honour.

This staple that can be found on the path behind the Commandant’s house, the main path for cadets proceeding to and from the College sports facilities.

It is intended to recognize Ex-Cadets of the Royal Military Colleges for outstanding achievements and contributions to Canada or the world.

The Wall of Honour distinguishes many notable Ex Cadets. One such well known person was inducted in 2014:

H13738 Colonel Chris Austin Hadfield, OC, OOnt, MSC, CD graduated from RMC in 1982 in mechanical engineering, is now a retired Canadian astronaut, and the first Canadian to walk in space.

He started his astronaut career in 1992, only 10 years after graduating from the military college, when he was accepted into the Canadian astronaut program by the Canadian Space Agency. In 2013 An Astronaut’s Guide to Life on Earth: What Going to Space Taught Me about Ingenuity, Determination, and Being Prepared for Anything was published, and is an inspirational guide on how to be an incredible member of the human race.  To this day he continues to inspire all, including many cadets. 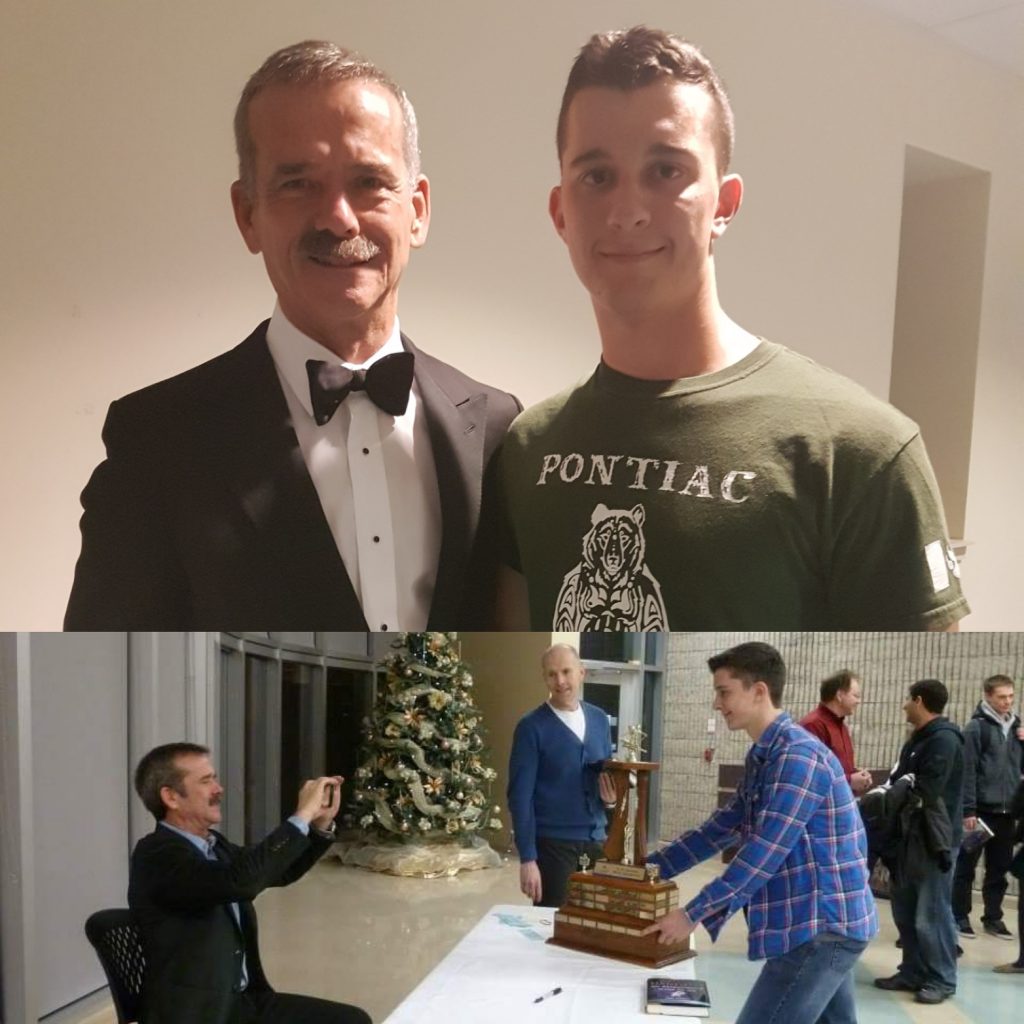 “In November 2013 I had the privilege of meeting Chris Hadfield for the first time while he was on his book signing tour. I told him how I wanted to go to RMC and become a pilot like he did. He told me to “study, prepare, focus, and practice. Learn from your mistakes. Repeat.” Little did I know that four years later I would be singing Good Night Saigon with my idol and learn that he was also a member of Three Squadron (Hail to the III!)

When I went through FYOP our CFL made our flight watch a speech by Air Commodore Leonard Birchall, where he discussed his time in a Japanese prisoner of war camp, to really help install integrity and RMC’s core values of Truth Duty Valour. 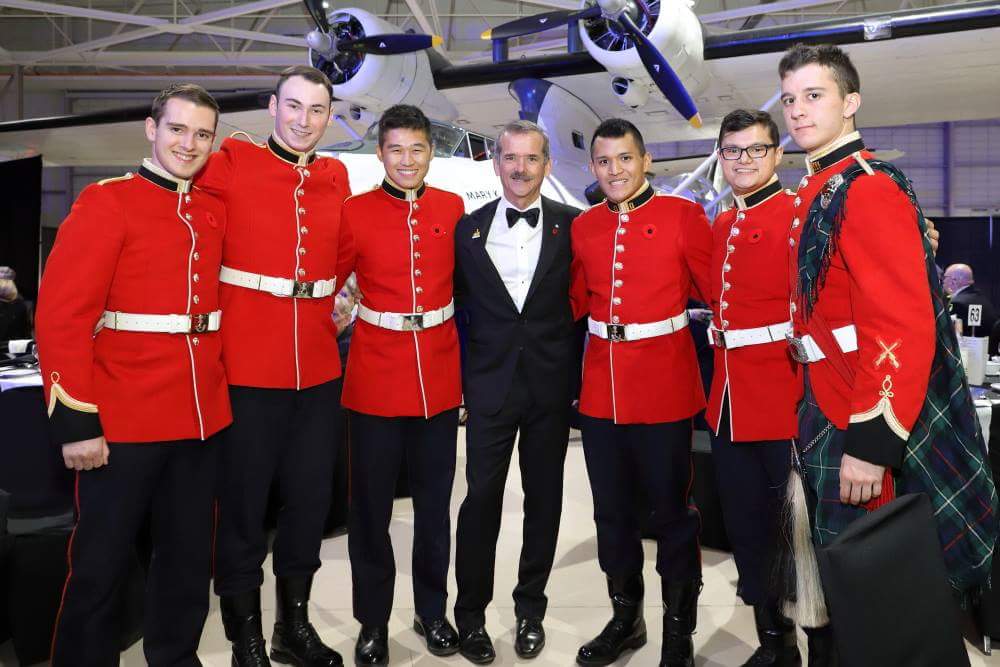 On October 28, 2017, I again (with 5 other Officer Cadets) had the privilege to again meet Chris Hadfield, as well as perform with the RMC Drum Corps, at the Air Commodore Birchall Award Dinner. At the dinner Chris Hadfield spoke highly of Leonard Birchall and really reinforced the amazing leadership principles that everyone can learn from him.

After the ceremony I had a brief chance to talk to Chris Hadfield and he told me to always move forward, learn from my mistakes, and to never forget my dreams. 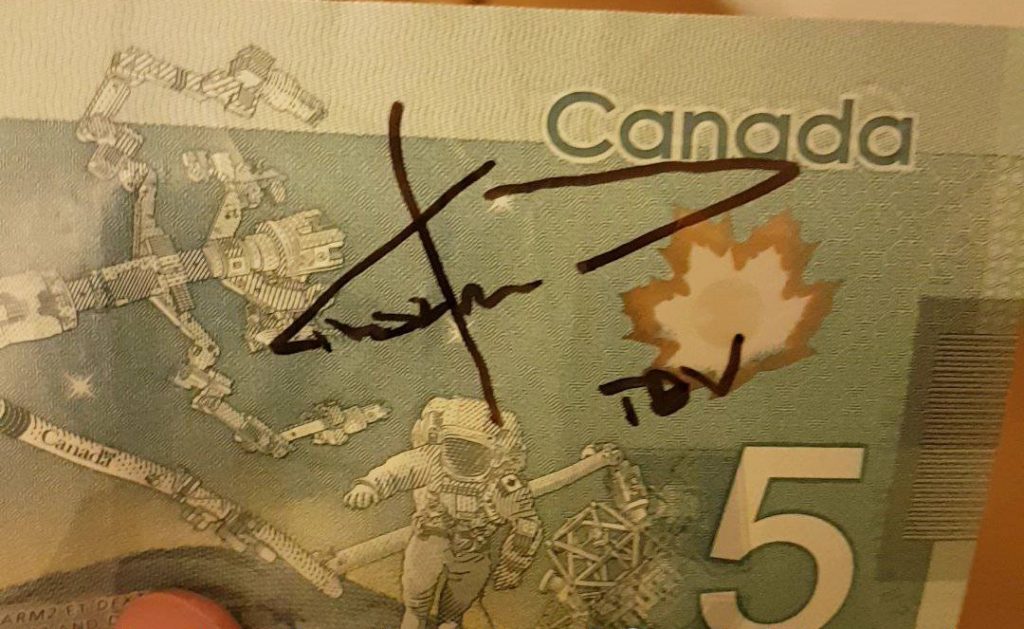 He then wished me good luck in my final year of studies and left a little something special when I received his autograph – a five-spot.”

Every year selections are made by the Wall of Honour Committee and a ceremony is held right smack in the middle of Reunion Weekend – early Saturday afternoon – to distinguish yet other remarkable Ex Cadets.

It is a privilege to witness history in the making.