2017 Christmas Concert – a show to remember

We had the opportunity to attend the Christmas Concert this past saturday at the Kingston Gospel Temple in town.

The hour and a half event was more than enjoyable it could even fall into the category of a show to remember. A great kick-off for the season!

Performances from – Brass and Reed; Brass Ensemble; Pipes; Drums; Choir; and a Dancer kept the large crowd very well entertained. What was particularly nice was that the musicians fell into three obvious categories –  beginners; intermediate; and advanced levels.

All three groups had two main things in common they appeared to be enjoying what they were doing and second, regardless of the level, they were putting everything into getting it right!

Pride shone through loud and clear in everyone of their faces. 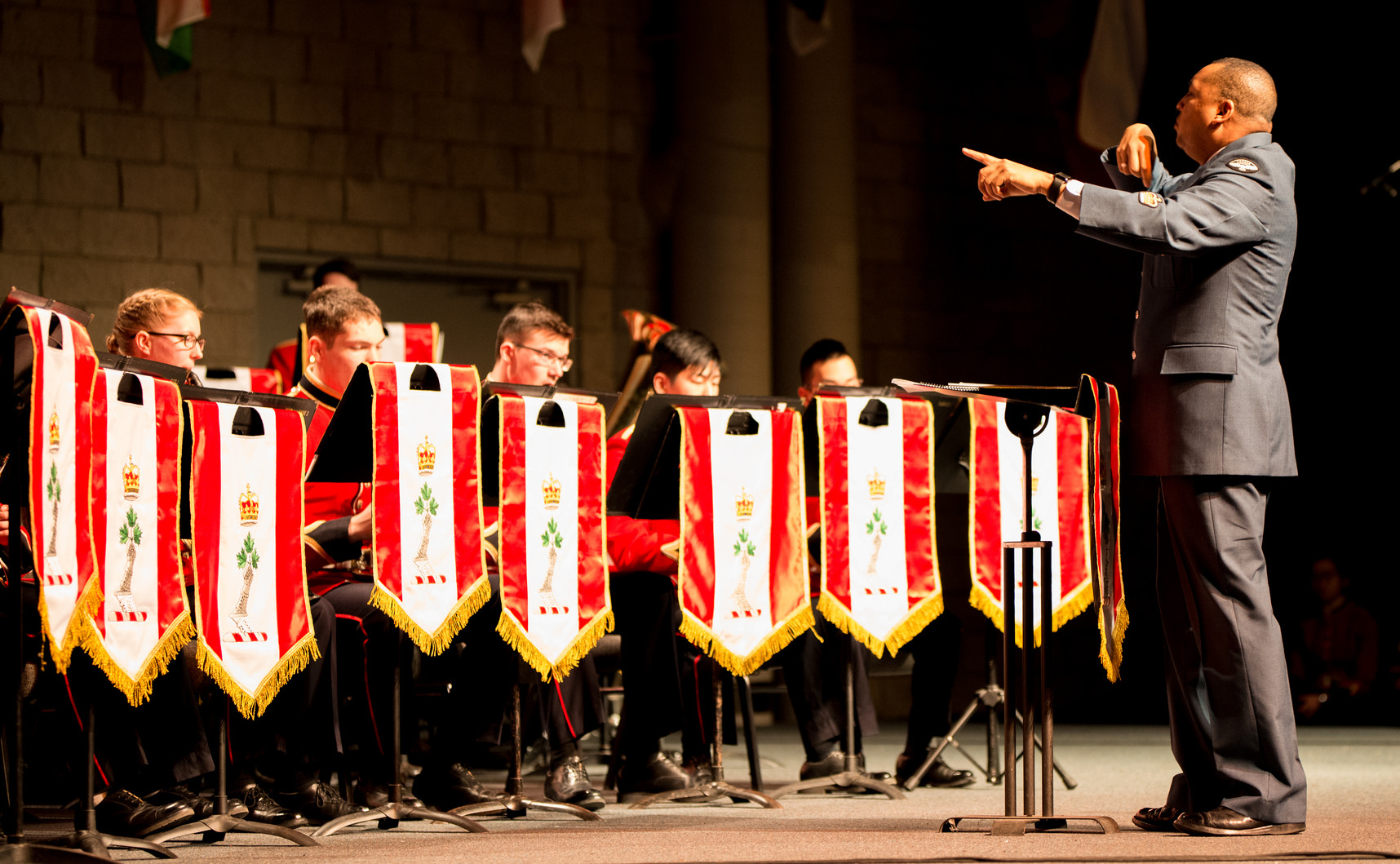 Always a treat when attending RMC Concerts, the past couple of years, is the energy, style, and professionalism of the bandmaster, Warrant Officer Aldwin Albino.

Without taking anything away from the performers, he is pretty SPECIAL to watch and to listen too. Even though he goes to great lengths to keep the attention on the members of the band, his natural charisma makes it almost impossible not to keep your eyes and ears honed in on him. The college is indeed fortunate to have an individual of his talent on staff.

Well done to all involved in this 2017 Concert:

WE can’t fail to mention that the Concert was sponsored by the Unit Fund. At the same time, the RMC Foundation provides a great deal of financial support to the entire band operation. 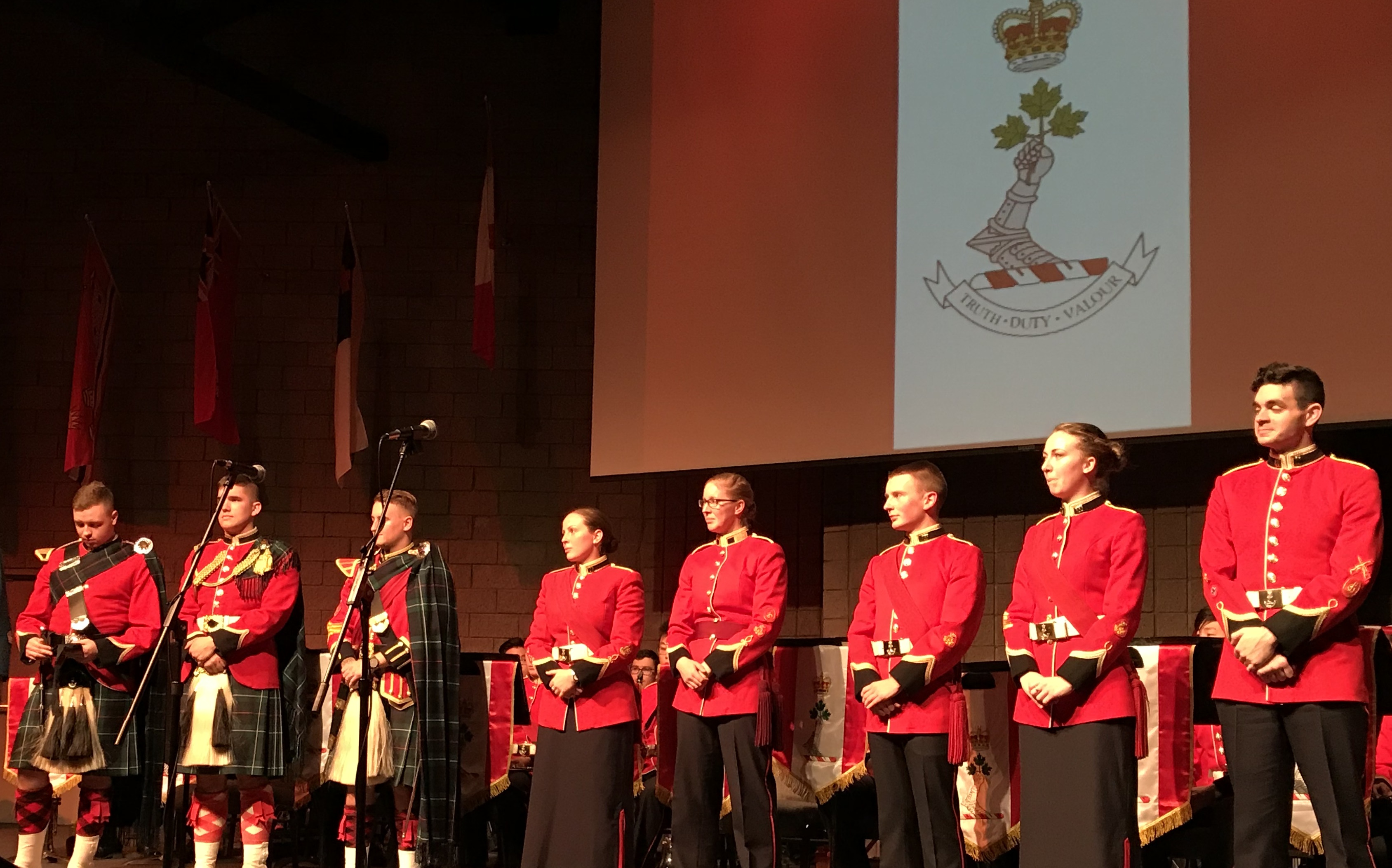 Warrant Officer Aldwin Albino made sure these eight cadets were recognized for their ‘above and beyond’ devotion and support in ensuring that the entire band operation runs smoothly year-round.

Behind the Scenes of the Christmas Concert 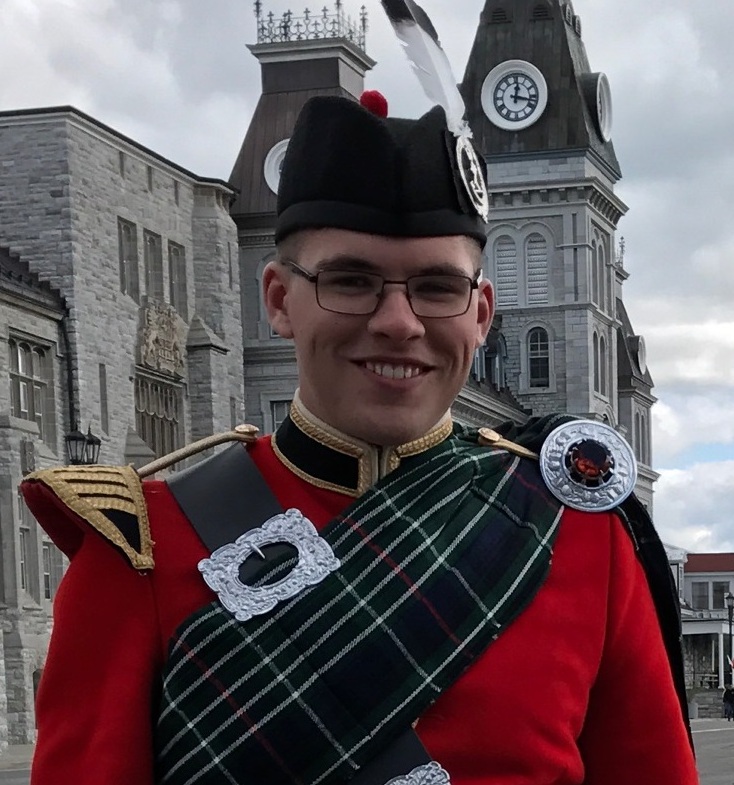 Preparation and Planning are key to any good show, and that is exactly what when into the most recent Christmas Concert performance by the RMC Band. The recent performance took place in the lovely Kingston Gospel Temple.  For this event it was all hands-on deck with the Band: Brass and Reed, Pipes and Drums, the Highland Dancers, and the RMC Choir where all present at the concert. With the whole band preforming there was a large set of songs to choose from. The concert had classic Christmas songs such as Joy to the World, 12 Days of Christmas, and even Hallelujah, as well as highland tunes such as Scotland the Brave, Caber Feith, Highland Laddie, and Blackbear. The Choir sung the previously mentioned 12 Days of Christmas, as well as Mary, Did You Know.

During the interview, A few questions were posed about the type of preparation and planning required for an event like this. Shield’s replied, “As the concert is one of the few Band exclusive performances, extensive planning is done on our end to ensure the best show possible. From the year-long morning practices, to dress rehearsals and the week-long buildup right before, it is a test of leadership for the bands command team to put such a show together.”

When the about the coordination needed between the different groups, he replied with, “If the RMC band only does one thing well, it’s coordination. Brass and Reed, Rhythm and Bass, Pipes, Drummers, Dancers, Choir Strings; each section with individual problems, special needs and goals. At the end of the day, it’s the dedication and commitment of the band’s HQ team that binds all the sections together, comes up with a plan, and executes that plan every time.”

It was also discussed about the booking of the Gospel Temple, which was answered with, “In previous years we had booked the concert in downtown Kingston. With the popularity growing to the point where we could max out that venue, we looked to previously scouted locations that would better fit our needs. We came up with the Kingston Gospel Temple. With a large stage, seating area and balcony, we hope it to be our home for years to come.”

Finally, we discussed the different types of advertisement used to tell both RMC and the Public about the concert, to which Shield’s replied, “The band uses a multitude of resources to publicize the concert. Email, Facebook, posters, news letters, word-of-mouth; there is extensive work put into making sure both RMC and the public know when and where we will be.”

The Christmas Concert could not have been so successful without the coordination between the different parts of the band, or the practice they put in to. The booking of the event and the advertisement of the event also played key roles in the success of the Concert as a whole.

All of these factors combine together to create the wonderful and successful Christmas Concert.