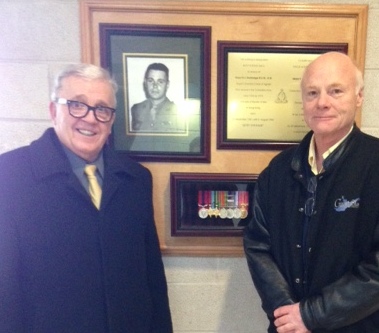 Bill Oliver (left) and Ron Routledge Jr. standing in the foyer of the ‘Routlege Dining Hall’; in front of the plaque honouring Ron Sr.

A week or so ago we had a surprise visit by 8969 Ron Routledge (Class of 1971). Ron was in the middle of business trip in Syracuse, NY. During a break, he drove to Kingston with a colleague from Houston, Texas.

The plan was to have lunch; do a short indoor/outdoor tour of the college and the peninsula.

We met up at the Senior Staff Mess to draw up a plan. Ron was prepared to have lunch at the SSM who always have a good variety on their menu.

However, his host had other plans.

Back on 22 Oct 2010 the Routledge Dining Hall (RDH) was unveiled at CFB Kingston. Turns out the RDH was named after his dad, Ronald Routedlege senior.

Routledge Sr. was awarded the Distinguished Conduct Medal, second only to the Victoria Cross in recognizing valour, for his resolve during 44 months as a prisoner of the Japanese during the Second World War. (There is much more – here -)

At any rate, Ron Jr. was hesitant one could almost say ‘shy’ to eat lunch at the RDH. However, he was out voted by his colleague and host. All three had a great meal, the modest son did express his thanks and appreciation for being talked into choosing that location.

The lunch was followed by a short but interesting RMC tour. It included some shopping at the Panet House Gift Shop. The final stop was at the Memorial Arch to check out the locations and view previously purchased stones for himself and son, 23239 Jamie (2005).

All in all, a great time; the Houston colleague was obviously pleased with the visit.

“I too wish to thank you for the wonderful tour and also for your allowing me to eavesdrop on your stroll down memory lane. Your part of the country is surely beautiful and I appreciate your time in showing us around.” 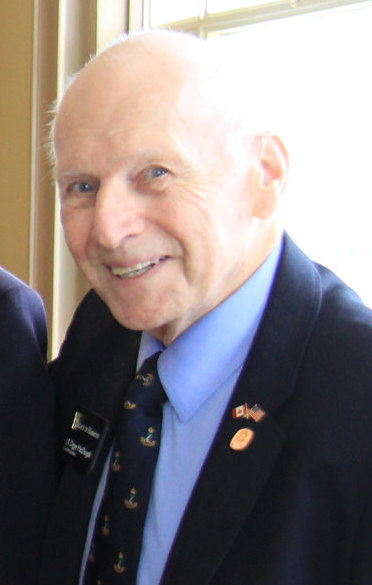 Letter to The Ottawa Citizen

RE: “Military reviews customs to encourage inclusion” by David Pugliese of The Ottawa Citizen.

I am all for “inclusion”. I believe that every “Designated group member”, has the same right to train and die for Canada on the field of combat as anyone else. However, like applicants for all employment opportunities, only the most suited should be recommended by HR for operational engagement.

In military operations everything is second to mission whether that be combat, humanitarian assistance during emergencies, training for combat, peace keeping, surveillance, protecting our borders, flight training or policing actions. Orders and discipline are paramount. All Canadians need to know, that on enrolment, they are committing to “unlimited liability” and the subjugation to mission of customs, spiritual needs, ceremonies and personal or family preferences. It is not enough that leadership be trained in, and accommodate, diversity; “the diverse” must also “bend” on recruitment; on employment and on combat deployment.

I spent 13 years in tanks in the Combat Arms before a career change to Personnel Selection Officer (Military Psychologist). My new Commanding Officer, a documented hero of the Korean Conflict, instilled a lesson to all new Selection Officers that “the Canadian Armed Forces is not a welfare organization”. He actually used those words and emphasized that our job was to recommend for enrolment, only the best candidates, from among all applicants. I have not heard that “Designated Group Members” are breaking down doors to get into the Canadian Armed Forces. When they do, the Canadian Government must allow the Forces to recruit only those best fit for combat from all who apply regardless of orientation, cultural background and religion.

On equipment: Rather than a one-size-fits-all “combat bra”, I am sure that the Canadian forces will purchase uniform components, weapons for the left-handed, accommodating hard rations to meet dietary needs, 21st century ships, tanks and planes, as soon as the Canadian government assigns a suitable allocation from the federal budget. With better equipment the Forces will be able to attract more men and women of all orientations to its ranks.

Canadian military leaders are among the best in the world; because, in part, they are trained by the men and women who will follow them. Like Gen Vance, I too condemn violent behaviour and “power relationships” that allow mistreatment of personnel. However, we all must understand that when a soldier, junior leader or officer says: “Let’s go ‘babe’ ” to another man or woman, it is not an act of sexual harassment but a communication to a combat team member that WE have a job to do and it starts NOW, not when you are finished your gluten free lunch or a “moment” with your geographically proximate family. 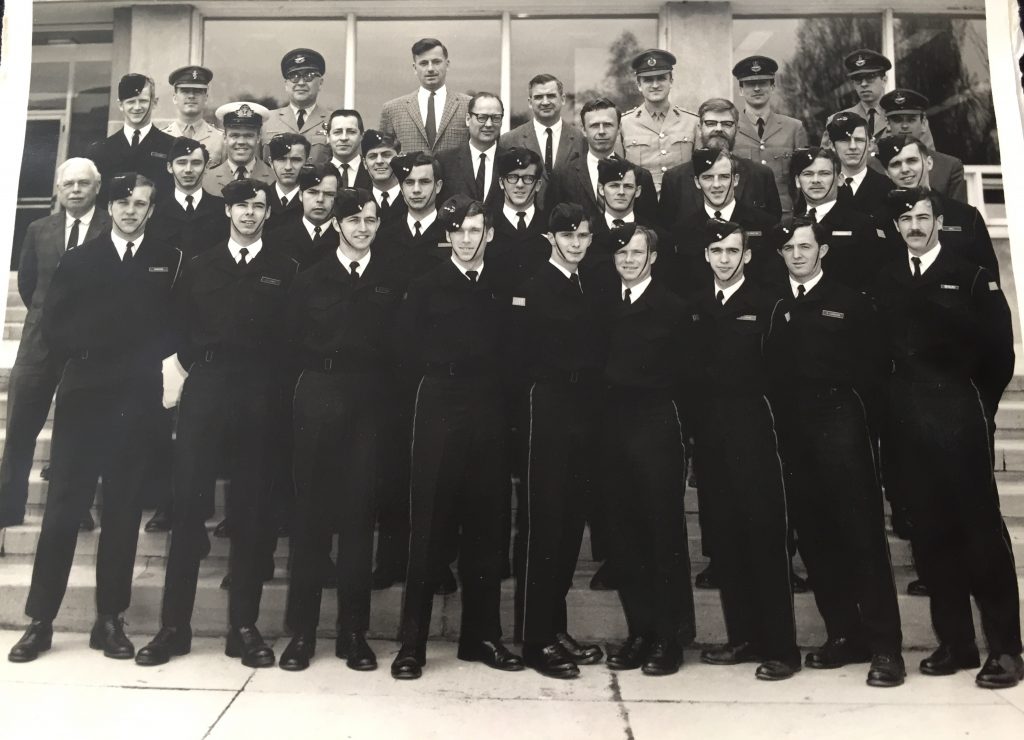 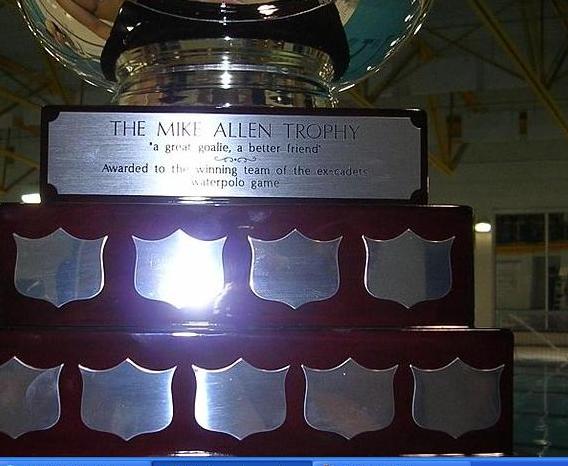 Plans are being developed to renew the Ex Cadets / Cadets water polo match during the ‘red & white’ competitions – 30 Sep.

The inscription on the trophy says it all.