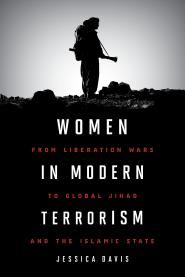 From Liberation Wars to Global Jihad and the Islamic State

The text opens with a discussion of the definition of terrorism before examining key issues, such as how and why women join terrorist groups, what women’s inclusion in terrorist organizations reveals about the nature and longevity of both the groups and the conflicts, the future of women’s role in terrorist organizations and attacks (particularly given the rise of new terrorist groups in Syria and Iraq), and the types of attacks women perpetrate and how they compare across groups. By looking at case studies, including Hizballah, Chechnya, the Liberation Tigers of Tamil Eelam, Al Qaeda, Boko Haram, Al Shaabab, and more, this text shows that women’s inclusion in various terrorist organizations is largely a pragmatic choice by the group. It also highlights the cross-pollination of ideas between differently motivated groups. All these issues, along with the role of the media and the Internet in radicalization and recruitment processes, are explored to provide an exhaustive account of the many roles for women in terrorist groups today. 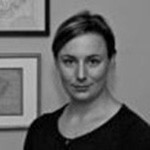 Jessica Davis graduated from the Royal Military College of Canada in 2003 with a bachelor’s degree in Political Science and Economics. In 2006, she completed her Master of War Studies, and has held various positions in governmental departments and agencies in Canada, in addition to working as an independent researcher.

Jessica is the author of several articles relating to women in terrorism. She conducts research on exploring pathways of radicalization for female suicide bombers, as well as how groups integrate women into the roles of operatives within their groups.

Details on how to obtain / purchase –

From Liberation Wars to Global Jihad and the Islamic State 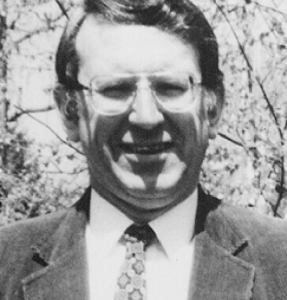 I was pleased to see that Earle Morris and Dave Dorman had been inducted onto the Athletics Wall of Distinction. I was sorry that I missed the dedication by only a couple of days, as I would have tried to attend. I would like to submit a correction to what you had written about Dave. He entered RMC in 1962 and spent four years as a member of the class of ’66 and then one year with the class of ’67 before graduating.

Dave was a RCEME Officer as I was, so I knew him very well. One incident I remember was throwing expiring smoke grenades during summer training in the Barriefield training area on a hot dry day in August 1965. A large area had been bulldozed free of grass and a high berm had been created for safety. Dave, being the athlete he was, could throw anything about three times as far as anyone else in our group. Well outside the safety trace at any rate. After his throws (that all went well over the berm) smoke and flame appeared in the dry grass behind. End of grenade throwing; start of real grass fire fighting. Much excitement.

During the 1968 Olympic trials in Vancouver three RCEME Officers were there to help Dave and to cheer him on. One problem decathletes have is transporting their pole vault pole. We tied Dave’s pole to the roof of a small blue Morris Minor and off we went to Minoru Park in Richmond. Quite a sight. Dave won the event and was Canadian Champion, but unfortunately his scores were slightly short of qualification for the Mexico City Olympics so he was unable to compete. He did attend to cheer on other Canadian athletes.

The cause of his lower scores turned out to be a degenerative muscle disease, Myasthenia Gravis, which took some time to diagnose.

In February 1969, he was quite weak (by his standard). We lived in the same apartment building in Kingston and I would drive him to work at the RCEME School each day. He was unable to open a car door until he got his body going. Once the disease has been identified and treatment begun, he functioned at a level that you and I might consider quite normal. His contribution to athletics in Cornwall (where he taught as St Lawrence College) is as you pointed out in the article, truly amazing.

His passing in 2008 was not due to the Myasthenia Gravis.

Personally, Dave was an inspiration to me when I developed the same disease in 1999 (thankfully not to the same level as Dave). With the improvements that had been made to treatment and with the example of Dave’s successful career and normal life, I was not really worried about my future. Dave and his wife Marilyn were very good friends with Valerie and me.

I could tell many stories about Dave, he was one of a kind.