Feature photo caption: Capt. Colin MacLennan helping out at the United Way Breakfast held at RMC in the Fall of 2016.

Colin MacLennan: Squadron Commander position, is much more fulfilling than he ever thought it would be 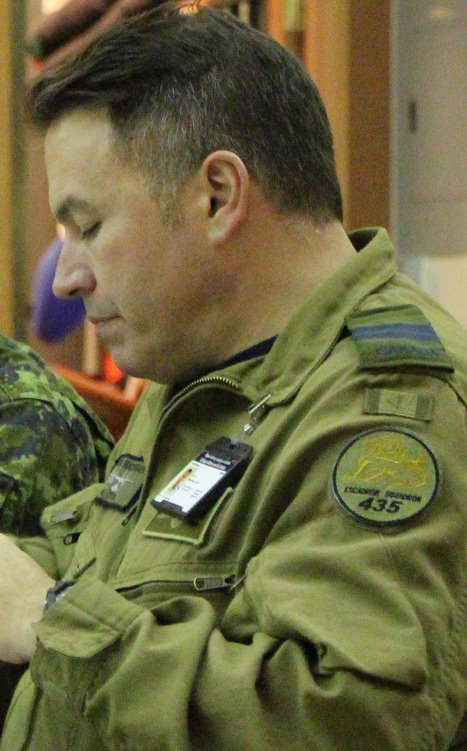 Capt. Colin MacLennan is currently the 8 Squadron Commander. Although he didn’t attend any of the military colleges as a student, MacLennan is enjoying his time in Kingston.

MacLennan was a Direct Entry Officer, and previously did twelve years of university before joining the CF. Studying at the universities of Toronto and Missouri, he took Business, Electrical Engineering, Aviation, and finished with Aviation Management. MacLennan joined in January 2004 as a Pilot.

Although he has only been at the college for a year, he says that his favourite part of this posting is how memorable it is to be part of the success of a cadet. He loves being able to provide guidance and assistance.

MacLennan didn’t ask for this posting, but he is happy to be here, whether it’s as the 8 Squadron Commander or in the Standards office. This posting is much more fulfilling than he ever thought it would be. He is glad to have had this opportunity, but is still looking forward to getting back in a plane one day soon.

Advice he would like to give to recent grads is to maintain the level of effort they put in to graduate from RMC when they get to their units. Take on secondary duties that people don’t want to do, and with that, success will come.

ALOY wraps up another successful year