Dr. Lubomyr Luciuk, a professor in RMCC’s Department of Politics and Economics, recently published “The Holy See and the Holdomor: Documents from the Vatican Secret Archives on the Great Famine of 1932-1933 in Soviet Ukraine”. Here’s what reviewers had to say: 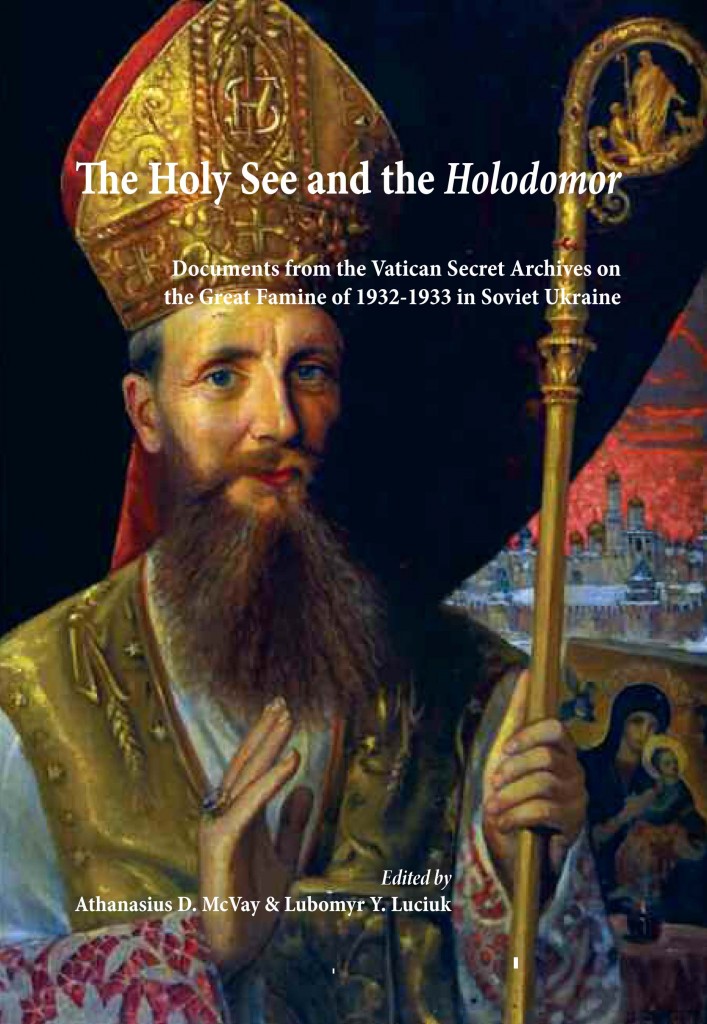 “…by December 1933 it was already too late for anyone, anywhere, to come to the aid of the many millions who perished during the Holodomor. A final document from the Vatican’s archives baldly reports on the relocation of Soviet Ukraine’s capital from Kharkov to Kiev, a move, it was reported, that Moscow could finally entertain because there was nothing left “to fear from the Ukrainian separatist movement after the starvation of the country.” Indeed there was not. The Ukrainian nation had bee more than decimated through an act of genocide, a crime against humanity the Church knew about but was powerless to prevent. All the Holy Father could do was offer up a prayer that the victims had partaken of the Bread of Life, their daily bread having been denied.”

– From the co-editors’ Foreword

“The analysis offered by the editors in their introduction to the documentation is a marvelous piece of scholarship which provides perspective on the possibilities for exercising its moral authority open to the Holy See through diplomacy.”

“Perhaps the Ukrainian public is not yet fully familiar with a unique book, The Holy See and the Holodomor [which includes] documents from the Vatican Secret Archives relating to the Great Famine of 1932-33 in Ukraine…published for the first time. These are unique documents that have only recently been released [including] information about how the Apostolic Capital learned about these terrible events, how Pope Pius XI was moved to tears when he heard about the millions of victims…The book [was] published in English, so for many Ukrainian readers it is not accessible. But I hope that we translate it into Ukrainian and thus make another step in the study of the history of the Holodomor.”

“….a fascinating… snapshot of the Vatican as it attempted to respond to Stalin’s murderous artificial famine of 1932−33, known as ‘Holodomor’ in Ukrainian, which claimed the lives of millions primarily in Ukraine, but also in the North Caucasus, the Lower Volga region, and elsewhere in the Soviet Union. The book should be of interest not only to scholars of the Vatican and of Ukraine, but also to all historians of twentieth- century Europe, particularly those looking for a broader context in which to frame the actions of Eugenio Pacelli / Pius XII during the Holocaust.”