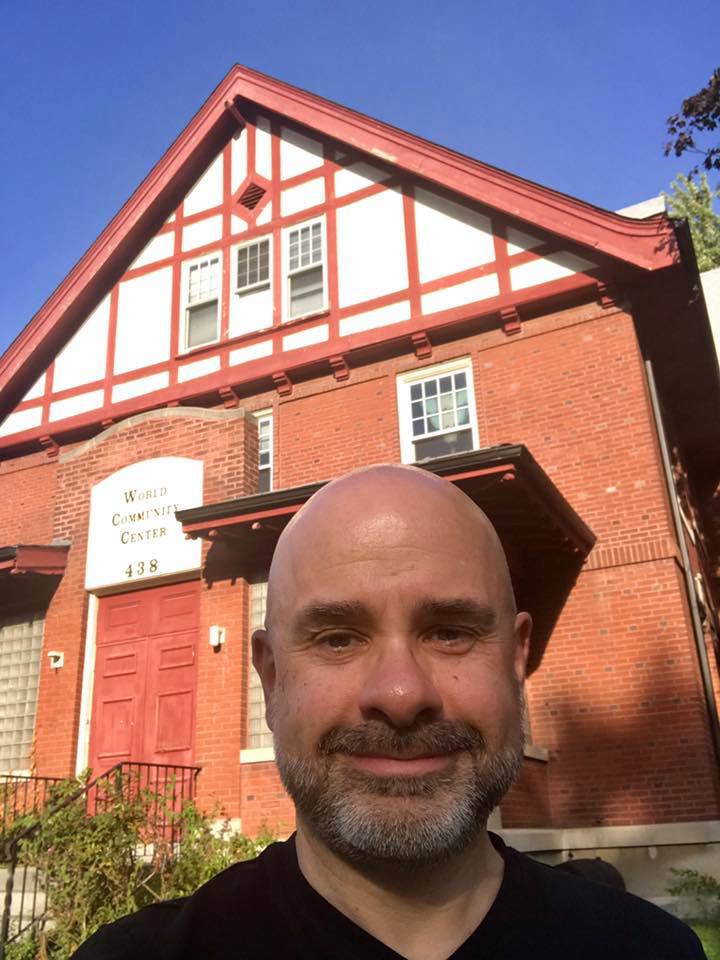 I joined the Canadian Forces fresh out of high school in 1983 with no idea I was gay until a year and a half before graduating from the Royal Military College (RMC) in Kingston. Although I was late in understanding my sexual orientation, I knew what the military did to gays and I didn’t want to be discharged. I buried my thoughts and stayed focused on classes.

After RMC I went to Winnipeg for Air Navigator School. With more time and freedom I began to realize that I couldn’t continue to hide my true self. I was tired of lying to my friends about why I didn’t want to go to bars with them. The final trigger was a scene from a bad movie – an acquaintance had two dates lined up one night and implored me to join him on a double date. I couldn’t come up with a good way to say that I wasn’t interested and I stumbled on my inadequate lie.

On February 2, 1988, I informed my immediate superior that I was gay, knowing it would mean the end of my military career. I was summoned into the Commandant’s office and told I’d be discharged in three weeks, just like the last person who had come out on that base. I wanted to tell some close friends but I was directed to keep my mouth shut while I was sent for interviews with a doctor and psychiatrist to confirm that I was actually gay.

The next step was interrogations by the Special Investigations Unit (SIU). These sessions were conducted in a windowless room with a video camera and two-way mirror. The questions covered politics (did I believe in communism?), espionage (had I been in contact with foreign agents?), and sex (what did I think about when I masturbated?) The military determined that I had a “propensity for homosexuality”, that I had not been approached or talent spotted by a hostile intelligence service, and that I did not have financial problems or a criminal past.

Being interrogated made it difficult to focus on astronavigation classes. I gave up on my coursework knowing I’d be discharged soon. I was more worried about where I’d live and what I’d do for work after being discharged. While my friends were studying for class I was applying for jobs. I’m sure my friends wondered what was going on but I couldn’t share my secret with them.

Weeks passed and I hadn’t been kicked out yet. The Commandant met with me again and said the rules governing discharges were being put on hold temporarily due to a court case. I was instructed to continue keeping quiet about my sexuality, which is ironic since the fear of blackmail is often cited for the ban on gays. I was also required to sign an agreement to remain celibate! Any “inappropriate sexual conduct” would have resulted in my discharge. I was told to go back to class while this was sorted out. I was weeks behind on classes and my marks had dropped so I had to double down on studying.

By late 1988, my class was ready to graduate from Navigation School. My friends invited their family members to attend graduation but I had to make excuses to my parents because I didn’t know whether or not I’d be allowed to graduate. The Commandant had received verbal direction from a general in National Defence Headquarters (NDHQ) that I not graduate or be posted to an active flying squadron. I was instead to be transferred to an administrative holding pen for LGBT service members in Ottawa.

The Commandant proved to be a stand-up guy. He demanded that a general in NDHQ provide the order in writing. I didn’t find out until the morning of graduation that I’d be allowed to join my peers because nobody in NDHQ had the guts to sign the order given the ongoing court case. The Commandant promoted me with the rest of my class so I will always be grateful to him for standing up for me and what was right.

I thought my ordeal was over when I got my choice of postings to 407 Maritime Patrol Squadron in British Columbia in December 1988. My secret clearance needed to be upgraded to top secret before I could train and serve on Anti-Submarine Warfare aircraft. While my friends quickly received their clearances, I was subjected to a more thorough SIU evaluation. The highlight was agreeing to a voluntary polygraph test in March 1989. I was told that passing this test would allow me to get my clearance.

The experience was straight out of a pulp novel. One agent hooked me up to the polygraph machine in a cheap hotel room and asked me questions while the other monitored the results in the adjoining room. I passed the test but it didn’t matter, I found out later my Commanding Officer recommended I not be given the security clearance. But he told me that it would be better to wait for my security clearance by transferring “temporarily” to 442 Search and Rescue Squadron where I wouldn’t need a Top Secret clearance. It was a lie to get rid of me and I was angry when I found out, but he did me a favour. Search and rescue proved to be far more interesting to me!

My ordeal continued off and on for the next couple of years. There were more security investigations and I was told my career would be restricted, but I was eventually promoted to Captain anyway. While I was still bound by my agreement to remain celibate, I took the opportunity to learn what it meant to be gay, reading everything I could get my hands on. I even went to my first Pride Parade in Vancouver. My new commanding officer also proved to be a good person, ordering the SIU off his property when they started another investigation of me without clearing it with him.

My favourite story from this time is standing in the squadron ops room while working on a flight plan and overhearing a senior officer say that he’d know if he were flying with a gay person, that he could “just tell.” I did’t know it at the time, but there were four or five of us in the ops room that day who were LGBT!

I voluntarily left the Canadian Forces with no regrets in May 1992 when my service was up, trading in the vacuum tubes and analog computer of our aircraft for the chance to work with more modern technology outside of the military. The gay service rules were still “temporarily” on hold when I left but were finally lifted in October 1992.

I apologize to my friends to whom I made so many misleading statements and outright lies to adhere to the rules I was required to follow. I’m glad I had the courage to tell the truth about who I was even if the military then sealed my lips. Even this limited coming out was freeing to me and in some ways I think those who remained firmly in the closet paid a higher price than I did. I had learned in 1988 that one of the Navigation School’s pilots was gay, and with my permission, he was told I was gay although he didn’t know I knew about him. One day while on a training flight he left the cockpit to stretch his legs in the back of the plane where the navigation students were practicing. I could feel his eyes on me for several minutes, likely wondering why I hadn’t been kicked out and what it would feel like to come out as I had. He had years of seniority so he had too much invested in his career to take the risk. I felt sorry for him because the walls of his closet were a lot higher than mine.

I’m glad the Canadian government may finally apologize to LGBT Canadians for the way we were treated. Although I didn’t have it easy, almost everybody treated me with respect and I’m left with no bitterness. I enjoyed my time in the Canadian Forces and I met the love of my life shortly after my release. I can only laugh thinking back to the SIU interrogations – I hope asking me incredibly inappropriate questions about sex was as uncomfortable for the agents as it was upsetting to me!

While I have no wounds for a government apology to heal, I realize others had it much harder than me. I want the government to apologize not for me but for those whose lives were ruined. I hope that they or their families can find some solace in an apology.

To the LGBT members of the Canadian Armed Forces today, thank you for continuing to serve and please come out if you haven’t already. Do your job, serve your country, and most of all, don’t lie to your friends about being gay.