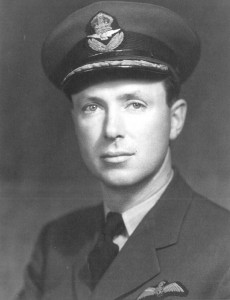 Air Vice Marshall James Bert Millward DFC (Bar), GdG(F), CD was born in Montreal, June 1911 and lived in Sherbrooke, Quebec. He attended McGill University receiving his Bachelor of Arts in 1934. He was the Housemaster of Macdonald House at St Andrew’s College when he left to join the Royal Canadian Air Force in 1941. He trained at No.3 ITS, No.17 EFTS and No.8 SFTS. He reported from No.23 OTU to He served as a pilot with No.426 Bomber Squadron on 22 October 1942. He was flight commander of No 405 Pathfinder Squadron. S/L James Bert was awarded a Distinguished Flying Cross effective 6 August 1943 as per London Gazette dated 13 August 1943. “On two occasions this officer has flown his aircraft safely back to base although damage had been sustained from enemy action. He has also had much success in securing photographs of the target area. As deputy flight commander Squadron Leader Millward has assisted in building up the squadron to its present high state of efficiency.  The quiet determination with which he completes his duties has won him the admiration and respect of all.”  He was awarded a Bar to the Distinguished Flying Cross AFRO 1849/43 dated 10 September 1943: “Wing Commander Millward has completed many successful sorties during which he has attacked a wide range of strongly defended targets. He is an exceptionally keen and capable flight commander and has at all times displayed fine qualities of courage and devotion to duty.” This officer is an exceptionally keen and capable captain who has completed 39½ operational sorties against such heavily defended targets as Berlin, Stuttgart and Mannheim. The work of this officer, both as a Flight Commander and pilot, has been exceptional. He has, at all times, displayed fine qualities of courage, leadership and devotion to duty which have been an inspiration to those serving under his command. Strongly recommended for the award of Bar to Distinguished Flying Cross.” Award effective 5 August 1944 as per London Gazette dated 15 August 1944 and AFRO 2101/44 dated 29 September 1944. He was Mentioned in Dispatches effective 14 June 1945 as per London Gazette of that date and AFRO 1395/45 dated 31 August 1945. He left the service in 1945 and earned a Master of Arts from Bishop’s University in 1946. Returning to the RCAF, he was appointed the fourth Commandant of Royal Roads Military College from August 1949 to August 1952. He was the first Air Force Commandant to serve at the former Royal Roads Military College. The Millward wing, an extension to the Nixon Building at RRMC, was named in his honour. Opened in 1991, the Milward Wing contains Campus Security Office, Computer Services and learner dorm rooms.  He was awarded the Queen’s Coronation Medal, 1953 when CO of Station Trenton. He directed Regular Officer Training Plan programmes in Air Force Head Quarters in March 1960. He was promoted to Air Vice Marshal and made AOC Air Material Command on 20 September 1962. His medals are with the Canadian War Museum (AN 19790183-024). 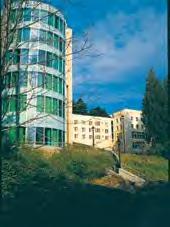