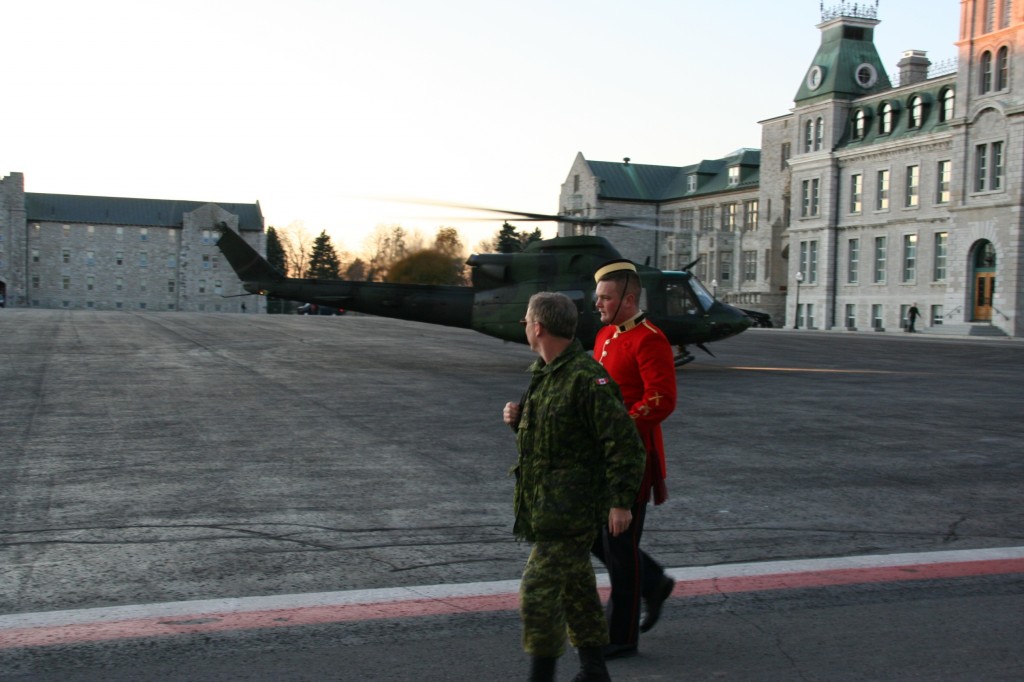 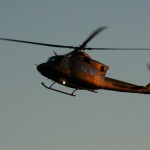 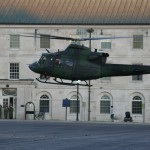 On the 4th of November 2011, the RMCC First Years of C Division had the pleasure of attending the first Mess Dinner of their respective careers.   As such, this event was also considered an instructional dinner, as there were numerous times throughout the evening where various individuals would explain to the First Years how Mess Dinners functioned and the many traditions that were encountered.

The C Division Mess Dinner had the pleasure of having Lieutenant General Beare (who arrived via helicopter) as its Guest of Honour, as well as the presence of Brigadier General (ret’d) Turner, a former commandant of RMCC. 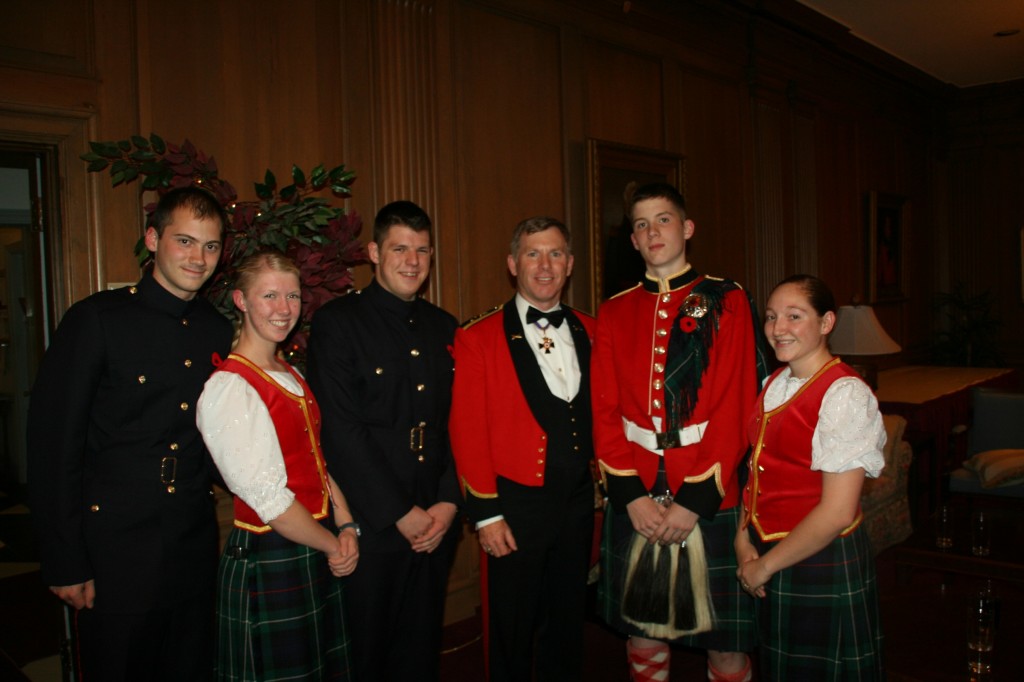 The night began at 18h00 with the many OCdts mingling with their esteemed guests.   The Piper performed his call and the dinner commenced.  As soon as the doors to the dining room started opening, the OCdts hurried in, eager to steal name tags in order to send requests up to the PMC.  As the night progressed, these requests turned into hilarious moments that were enjoyed by all.  The Lieutenant-General even found himself being serenaded with a love song by a Third Year.

After the delicious meal courses had been served and consumed, the port was served and the Mess Dinner toasts commenced.  As well, the RMC Band played the Regimental Marches of several units.  To finish the night off, everyone shifted back into the main hall, and the first year flights presented their skits.  These skits showed all the guests the many hilarious experiences the First Years went through during their FYOP period.  All in all, the C Division Mess Dinner was a wonderful night that was enjoyed by everyone. 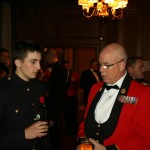 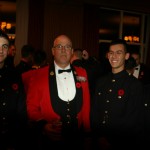 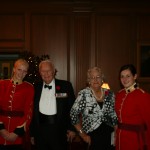 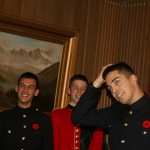 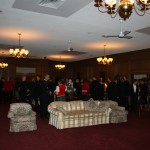 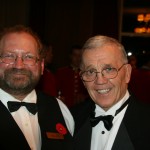 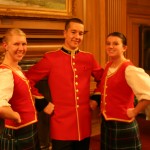 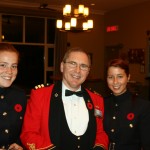 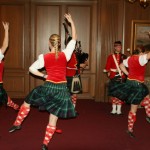 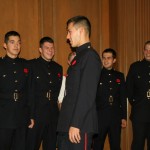