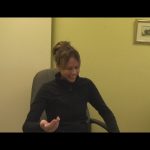 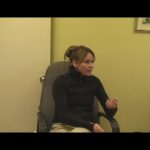 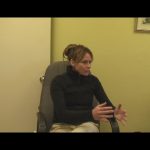 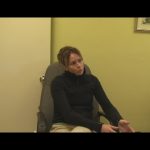 Carolyn Welden has been the RMC (W) volleyball coach for the past six seasons. The team re-entered the Ontario University Athletics (from the Ontario Community College League) at the beginning of her second year.

Over these past five seasons the (W) volleyball team is winless in OUA competition. The league record is 0 wins & 95 losses!

Carolyn was kind enough to grant us an interview.  The questions ranged from past performances; what the recruiting prospects were for this year; how she measures success and other points relating to the college and the sport of volleyball.

Q. You have been Head Coach of the RMC (W) volleyball team for the past five OUA seasons? Do you have any stories/memories to share involving any of your former players?

Most graduates have continued to play CISM volleyball and stay connected – to both RMC and volleyball. Each year the reunion match is great to have the interaction with ‘new’ players and ex-cadets…the stories they share with each other are beneficial. Q How many regulars from last year are you expecting back for next season? What are your recruiting prospects?

It is a well known fact that it is challenging to say the least to recruit high level performance female athletes to RMC for the traditional sports such as volleyball; soccer; and basketball. What were some of the most frustrating things to happen to you and your recruiting plans over the past year?

The most significant impact factors to recruiting – continue to be the challenges with the process at the CFRC and CFRG level. Not the attraction component or the retention of the recruit prospect but the contact at the Recruiting Centre and the decision-making at the selection process.

How many of your expected recruits will be RO/RETP? How many will be Special Interest students? Do you expect any Graduate or other type students to be part of your 2009 -10 line-up.

RE/ROTP – 4 were selected according to the merit list. The 3 remaining prospects were all RE/ROTP applicants and will re-apply to RE/ROTP in September 09 for entry in 2010. These prospects have joined the CF and respective Reserve Units across the country and will be on IAP and BMQ/BOMQ summer 2009.

It looks like you could have as many as six rookies not including Nicole Shingoose (ALOY) in your 2009 /10 lineup. Would you elaborate? A number of our readers are not familiar with the acronyms: IAP; BMQ/BOMQ. What do they mean? What is involved in this type of training? 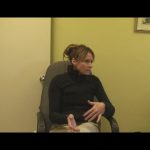 What is the current RMC policy in regards to “non redcoats” playing on the varsity (W) volleyball team? Is there a maximum number? Are there any plans to have this number changed? If yes, what will be the process? Do you see a scenario where three of your six players on the floor are not cadets?

The short answer is the Athletic Department has a varsity team composition policy and the women’s program would adhere to the guidelines. I cannot predict the line-up or what will or will not happen in the 2009/10 season.

When do you anticipate these “non redcoats” prospects to arrive in Kingston? Is there a support system in place for them? Do they get help in finding accommodations? What is the process to have them transfer to the local Reserve Unit? How involved do you as the coach get involved in all of this?

All women’s volleyball student-athletes are to arrive at RMC following their summer training opportunities between August 31 – September 6. The students seek out their accommodations the same manner as other university students across Canada. As a CF member with a reserve unit, the member requests a transfer and upon acceptance are transfered. As a coach, you are always connected to your team members.

Over your five OUA seasons as Head Coach, the (W) volleyball team has yet to win a Match in league competition? How do you personally handle this and what do you say and do to your players to keep them motivated?

To clarify we haven’t achieved a ‘win’ in the OUA league play since joining in 2004 season. For example, this past 2009/10 season the team was 9-0 in exhibition play versus Junior Colleges in the US, Colleges in Canada and Carleton University club program. The team is prepared with a yearly plan and a forecast plan measuring success. Successes are measured in their individual performance, statistics, game play and team play performance. As a coach – part of job to stay focused and motivated, seeking the positives. The team continues to develop in the LTAD model, RMC is in the process of learning to compete and training to compete model. 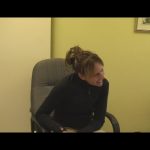 Does the record of the team over the past five seasons make it difficult to recruit top high school players?

Actually no. I have discovered over the past two seasons that student-athletes are becoming more knowledgeable about RMC and the opportunities within the CF. Since we are so ‘young’ in comparison to our competitors in the OUA league, a large emphasis has been on promotion and exposure of the program to create awareness about RMC.

What are some of the major challenges associated with recruiting for RMC?

RMC has challenges compared to other universities and colleges. Our selection board setup or system is unlike any other academic institution. The promotion and exposure of the university, the benefits of joining the CF, the media, the process [lengthy application/paperwork] of applying although no cost as compared to others, the RC experience varies greatly not just province to province but location, the generation of promotional materials and/or calendar information about the university … just to name a few.

Realistically what are your chances of a win or more this year in the OUA? Why?

Every year is another step/ progression in our plan. As mentioned RMC is a young/new program in the CIS compared to our competitors and we do have the other constraints on acquiring our top recruited athletes. Each year the outlook is better than the previous simply due to more recruited/identified sport specific athletes joining the program and creating a stronger team. This constant building on the foundation of the program will continue to develop the team.

Would the (W) volleyball team be better suited playing against Ontario Community Colleges instead of the OUA? If yes, why? If not, why not?

In my opinion, the OUA is the proper ‘fit’ for the university. Recruiting student-athletes that are seeking a university and consequently playing university athletics. I had the opportunity to coach the program in the CCAA/OCAA 2003/04 and achieved success, moving the ranking from 22 to 9 in the Ontario league. We continue to play Colleges in pre-season and exhibition play and are successful, easily defeating our opponents with our second string or bench players. I feel it is important to recognize that the scoreboard is not the only achievement outcome with a program that is developing with obvious constraints. Playing in the OUA, provides success opportunities in every match and the team continues to develop and build. Success is not measured simply as wins and losses.

Would you give us a few examples of what you consider OUA successes over the past five years?