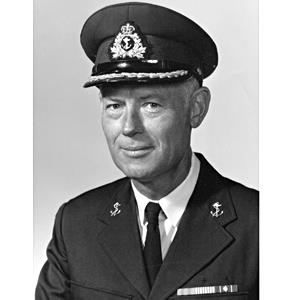 YOUNG, Captain (N) Keith OMM CD RCN (Ret’d) In loving memory Born in England 1929, immigrated to Kelowna, BC early 1939, died in Victoria, February 8, 2019. He is survived and will be greatly missed by his wife Gillian, whom he married in 1954; his children Nicola, Ian and Catriona (Michael); grandchildren Mathew, Paige, Jocelyn, Caitlin, Graeme, Evan, and Sean; great-grandson Gavin; and brother Gavin (Lorna); as well as his step-grandchildren and many nieces and nephews. On graduation from Kelowna High School, Keith entered RCN-RCAF College Royal Roads in 1947. On graduation in 1949 he subsequently served in the Royal Canadian Navy for 37 years principally in Halifax and Esquimalt. He was very proud of and grateful for his commands of five HMC ships and of his three years as Commander CFB Halifax. He was honoured to be appointed an Officer of the Order of Military Merit two years before his retirement from the Navy in 1986. In Keith’s words, he was most proud of his family, which came with him wherever he served, making new friends, adjusting to new schools, different home situations and lengthy separations. But ultimately, he was most grateful to his wife Gillian, who even after his Navy life allowed him to pursue interests in the Canadian Coast Guard (four years), H&R Block for eight years, and sandwiched into that, over twenty years of frequent sailing in their sloop “Hale Kai.” There will be no funeral service. A private family and close gathering will be held at a later date. The family wishes to thank all who cared for Keith, with special thanks to Comfort Keepers homecare, and in recent months, Victoria Hospice. In memory of Keith, donations may be made to Victoria Hospice www.victoriahospice.org Condolences may be offered to the family at www.mccallgardens.com 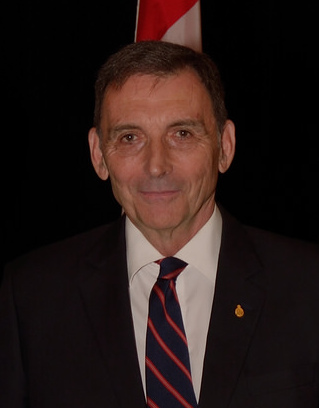 The service will be followed by a Reception.

It is with great sadness that we announce Ross’s passing on Jan. 12, 2019, after a brief struggle with cancer. Beloved husband of 47 years of Gail. Cherished father of Kara and Jamie. Much loved father-in-law of Stephen. Treasured and adored grandfather of Hayden and Isla. Predeceased by his parents, Ellen and Alexander Ross McKenzie, and sister, Mary Rushton. Cremation and private family service have taken place.

A memorial service to celebrate Ross’s life will be held on Friday, March 1, 2019 at 2pm, at Currie Hall, in the Currie Building at the Royal Military College of Canada in Kingston, followed by a reception at the Senior Staff Mess.

In lieu of flowers, donations to the Canadian Mesothelioma Foundation, the St. Vincent de Paul Society of Kingston, or the Salvation Army would be appreciated by the family.

Sam Cooke – member of the RMC Athletic Department and  former assistant coach with the hockey Redmen during the mid to late 1970s.

We received word that Sam passed away from kidney failure, in Calgary on 9 Feb. No other details available at this time.