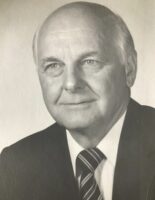 The son of a mining engineer, Mr. Dumbrille grew up in Northern Ontario. During the Second World War he attended Prince of Wales High School, Vancouver, followed by Royal Roads Military College in Victoria, and the Royal Navy Engineering College in Plymouth, England, where he trained as an aeronautical and mechanical engineer.

Mr. Dumbrille served for 35 years as an officer in the Canadian Navy, then ten years as an analyst in the Department of National Defence. He retired in 1986.

Before and after retirement, he cherished his time playing golf with his wife and good friends at the Royal Ottawa Golf Club. His family will always remember the joy they shared with him at the cottage on Rideau Lake. Right up to his last days there was nothing he wanted more than to be in nature, breathing fresh air, with the sun on his face.  Mr. Dumbrille leaves behind his loving wife Doris of 71 years, their children Robin (Macdonald), Anne and John, their nine grandchildren and five great-grandchildren.  The family gives special thanks to the Garry J Armstrong facility in Ottawa for their consummate personal care during the last three years of his life. 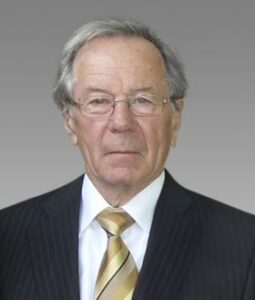 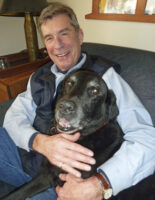 John Garvin Easson of Ottawa, Ontario, Canada is an ex-parrot, he is no more. He fell from his perch on December 26, 2021, at his home.

He was with his loving wife of almost 30 years, Valerie Mae Whistance Easson – who will now be able to purchase the couch he had refused to let her buy because they already had one.
He will be remembered fondly (and sometimes irreverently) by his son-Mike, daughter-Tricia and two GGs Jessica and Emily; his brother-Fred, and sister-Martha and their families, Heather and her family; his brother-in-law -Thomas and his family; many Armed Forces colleagues and friends; CDC colleagues and friends and many others who may wish to remain anonymous ie: OBs and WWW.

John was preceded in death by his tonsils, teeth, half a left lung, his spleen, and the 2014 Kia Sorrento. However, he did depart with a great head of hair.  He was born July 21, 1944 at the Skiidegate Inlet General Hospital, Queen Charlotte Islands, now known as Haida Gwall.

He was the recipient of The Order of the British Empire, but didn’t know why.

Cremation will take place at the family’s convenience and his ashes will be kept until such time it’s decided where to toss them. John stated in his notes to Val that he doesn’t care where. He also prepaid for said Cremation at a considerable savings, thus allowing his wife to buy that couch.

Everyone who remembers him is asked to celebrate John’s life in their own way, raising a glass of their favourite drink in his memory. Scotch would be quite appropriate. Cheap is ok.

Instead of flowers, John would hope that you will do an unexpected and unsolicited act of kindness for some poor unfortunate soul in his name.

Mike, Tricia and Valerie have composed this Obit, keeping John’s unique sense of humour in mind. Special thanks to Walt, The Queen and Monty Python.

They Proudly Served - Highlighting Ex Cadets in the Forces

RMC Wall of Honour: Last chance to get your nominations in for recognition in 2022